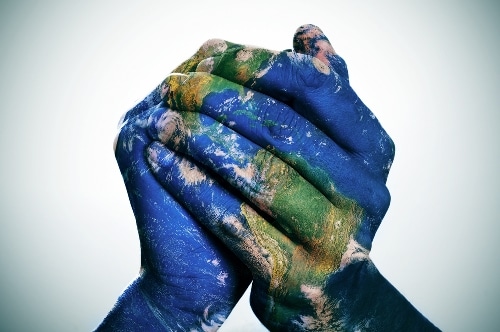 Why Being Bilingual Is Important for Yourself and Your Community

When all else is taken care of, it’s time to study!

We promise ourselves that, when all of our other tasks are out of the way and the stars align, we’ll put in some language study time. But there’s always an excuse or distraction lurking around the corner.

In today’s world it can be extremely hard to focus. With so many distractions it’s hard to avoid the temptation to wander off into the depths of the Internet instead of working on your language skills, even if that is what you would really rather be doing.

And who can blame you? If you have been working all day you’re probably exhausted and studying sounds like no fun. Or if you’re still a student, studying a language in your free time after studying something else all day long probably doesn’t sound very appealing either.

It is at times like these that we need to remember what we are really learning a language for—those really big, important reasons. These are the reasons that give a clear connection between learning a language and a life-changing reward for either yourself or those around you. That’s where your real motivation to slog through language learning day after day is going to come from. Or, if you haven’t connected with one of these reasons yet, now is the time to discover them.

So, without further ado, let’s give ourselves a little refresher as to just what it is that makes pushing through that post-dinner food coma to study a language so rewarding.

Why Being Bilingual Is Important for Yourself and Your Community

People today are obsessed with their health. They go on diets, take regular vows on New Year’s to improve their exercise habits, and often feel regret after eating too much fried or sugary food.

But this leaves out half the picture. You can be fit as a whistle well into old age, but that won’t mean much if your mind starts to atrophy. If you’ve ever experienced a grandparent slowly losing their grasp on the world around them you should know just how much difference this can make. Training your brain is essential for leading a healthy and fulfilling life for years and years to come with all your grandchildren, or even great-grandchildren, and there’s plenty of scientific evidence to back this up.

Keeping you healthy into old age is just the most obvious benefit. Learning and using a second language regularly has also been shown to make your brain work harder, even when you’re speaking in your native language. While at first this may seem like a disadvantage, that it might make it harder for you to think, in actuality it strengthens your brain so that it can compensate for the extra burden. This improves what is called your executive function, or the part of the brain that we use for activities that require a lot of attention and effort.

The Population Dynamics They Are A-changin’

Xenophobia is defined as the intense or irrational dislike or fear of people from other countries. And as globalization flings culturally diverse groups into close quarters xenophobia seems to be increasing. If people don’t make an effort to learn each others’ languages things could easily go from bad to worse as demographics continue to undergo radical changes.

Take the United States for instance. The United States has always been a nation of immigrants and recently immigrants have principally come from Spanish speaking countries. In fact, the number of Hispanics in the USA grew by 14.5 million people between between 1980 and 2000. And with even the GOP front-runner Jeb Bush backing the movement of Puerto Rico into statehood, there could be a surge in the number of Spanish speakers in the coming years.

Countries in Europe face a similar immigration trend as people continue to move from Muslim countries, with the total Muslim population for Europe increasing by one percentage point per year. Of course, the Muslim population is much higher in some countries than in others, so really the growth is even higher than this for countries like France and Germany.

With such drastic changes in population someone’s got to step up and become the bilingual bridge between these cultures. Otherwise we risk facing a divided community. Maybe you could be one person to stand up!

Stepping out of Your Cultural Tunnel Vision

With such widespread access to information these days it feels like you could learn just about anything you want from English sources on the Internet. Want to learn about what people in Iraq think about America’s wars? There’s probably someone who’s reported on it. Want to have a look at avant-garde Cuban art? There’s probably a website for that.

However, this access to information about foreign world views is usually superficial. Too often translated artistic works are simply selected for how well they will click with their foreign audience, meaning they’re the ones that offer the least cultural contrast and opportunity for learning.

For instance, pursuing a study of Japanese literature seems like a very plausible way to expand your understanding of the world. Japan has a long, distinctive history rooted in East Asian history. But what do most people read when they read Japanese literature? Judging from book sales, it would probably be the written work of someone like Haruki Murakami, whose Westernized style allows people to feel like they’re reading something foreign when they’re really still trapped inside their own cultural bubble.

The case is similar for just about any given subject. A consistent narrative tends to arise that is repeated over and over from a Western point of view even when the topic is non-Western. Sticking with the example of Japanese culture, there is a ton of information about samurai and samurai culture to be found in English texts. But a lot of these texts just repeat the same old tripe—Samurai were loyal vassals who would willingly sacrifice themselves for their lords, and this can be used to explain contemporary Japanese culture. While this narrative certainly exists in Japanese (it was originally thought up long after the wars had ended and samurai were struggling to justify their existence), there is also much more resistance to this narrative in Japan.

Being able to see different narratives and have access to a wide array of artistic works will help you become more educated than you possibly could otherwise. You will be able to feel and understand a culture the way the native speakers do and thereby help to bring about a greater cultural understanding in the world.

Being an Informed Citizen

It is often said that for a democracy to work well it needs a country full of well informed citizens. The catch is that often times the media chooses what it thinks is important and we never hear about the rest. They may still report on the other issues, but their reportage will be a few skimpy paragraphs buried in the back pages.

Oh, wait. You say you speak French? Well then maybe we’ll just hop on over to Le Monde. The French media may or may not be any better than the English speaking media, but they certainly have different preferences. To take the GMO issue as an example, when a court case related to the issue was raging in the U.S. all that was offered by The New York Times was a small article placed in a hardly noticeable part of the homepage. Le Monde, on the contrary, made the issue front and center, accompanying the article with a large, unavoidable image.

Having that second language can be the difference between being stuck with limited information and being able to see what the real issues are.

If politics isn’t your thing then maybe business is. And in business language is just as critical. After all, a company can really only sell its products to people who understand the language of its advertisements and product descriptions. I mean how many times has a commercial in a foreign language persuaded you to buy something? This language barrier is so important that according to one study 80% of global companies saw overcoming problems related to language as either very or extremely important.

There’s a reason for this huge demand. Not only do companies need to communicate to their customers, they also need to communicate with themselves. In fact, 63% of those surveyed in the same study said they wanted to get more productivity and collaboration out of improving their employees language skills.

This high demand for multilingual workers could mean a huge lift for your fledgling career if you can manage to get a firm grasp on another language.

So when you’re wavering, your finger hovering over the play button for your favorite Netflix series, think about these possibilities and the importance of your language learning.

In the long run, it can really be something worthwhile—for yourself, for those around you and for the whole darn world.