What’s not to love?

Perhaps you’ve thought about reading a German book, or even actually started reading one.

But maybe you didn’t embark on your German-learning career just to sit around with your nose stuck between some pages.

Maybe you want to practice and improve your conversation.

Maybe you want to work on your listening skills.

Maybe you want to learn to understand real-life German in context, cultural quirks and all.

If that’s the case, read on, because you shouldn’t only be perusing German books during your time learning at home.

You should be watching German movies.

Why Learn Intermediate German Through Movies?

The intermediate level is the perfect time to start improving your language skills through movies.

When you first started learning German, you probably practiced your comprehension skills with apps, with simple short videos or with quick conversation. But now that you’ve reached the intermediate level, you’re good enough to be able to delve into an on-screen story, one not specifically constructed for language learners. By getting hooked on characters and situations, you will digest new German vocabulary and grammatical structures without even knowing it.

Still not feeling totally confident? Or maybe you just don’t have a whole lot of time to watch movies? No matter what your level, you can find a natural, helpful companion to German feature films in FluentU.

With meticulous, interactive captions, you’ll see every word that’s spoken in a video—and you can just hover over anything unfamiliar to get instant definitions, pronunciations and extra usage examples.

A huge library of videos on all sorts of topics mean that you can always find something interesting to watch. And, since videos are organized by learning level, you can get challenge without frustration.

Fun, adaptive exercises let you practice what you’re learning, ensuring that you truly understand all your new vocabulary and grammar.

FluentU tracks your progress and will let you know when it’s time to review, using multimedia flashcards that keep learning dynamic—so you never forget what you’ve learned.

Check it out with the free trial!

When a movie is dubbed from another language into German, the translations often don’t emphasize German diction and syntax. Watching a movie in its original German will help you start sounding more like a native speaker.

German movies will teach you something about German culture, too.

The intermediate level is also the perfect time for you to start integrating lessons about German culture into your language learning. Language is partially based on cultural context, after all, and learning about German history, society and cultural mores will only enhance your language prowess.

And what better way to learn about all those things than through movies?

The German In-betweener’s Shortlist: 5 Movies for Learning Intermediate German with a Dose of Culture 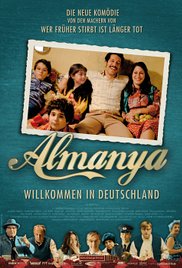 Summary: “Almanya” is a movie about a Turkish family that moves to Germany as part of the workers’ program in the 1960s and 1970s, and how subsequent generations of the family integrate into German society. Part wacky family comedy, part heartfelt tearjerker, this film will teach you about the Turkish immigrant experience in Germany, as well as cultural stereotypes about Turks, Germans and German-Turks.

Intermediate grammar and vocabulary to watch out for: Since this is a movie about Gastarbeiter (guest workers) coming to Germany, it features plenty of bureaucratic vocabulary, which is important for anyone who’s reached German’s intermediate level, and especially for people who are hoping to spend time in Germany!

Scenes to pay attention to: The scene where Hüseyin and Fatma, the original immigrants from Turkey, go to the Ausländer Bürgeramt (the office where foreigners conduct bureaucratic business) to finally apply for German citizenship gives an idea of how German bureaucratic interactions typically go. It also teaches vocabulary relating to a host of different German stereotypes.

This movie is good for… Learners who want a humorous, lighthearted glimpse at the cultural collision between Turks and Germans over the past four decades. Learners who want to enrich their vocabulary by learning words for various Turkish practices and customs, as well as words related to immigration and citizenship. 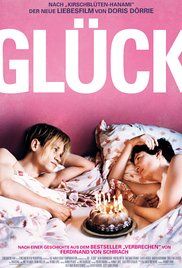 Summary: A movie about a refugee and a homeless punk in Berlin who become friends, this movie is a glimpse of modern Berlin and its counter-cultures, as well as a topical statement on Germany’s refugee crisis. It’s also a poignant story about two people forging a relationship.

Intermediate grammar and vocabulary to watch out for: The dialogue in the film is fairly simple, but intermediate learners can digest quite a bit from listening to these heartfelt, pathos-filled conversations—and besides, simple dialogue that discusses important ideas can be a great way to hammer home grammatical concepts.

Scenes to pay attention to: The scene where Irina tells Kalie that she is being sent back is a simple conversation, but it contains several important vocabulary words and sentence constructions. For example, Sie schicken mich zuruck, which means “They are sending me back,” is an excellent example of the accusative case, and keine Ahnung, which means “no idea,” is a very common German phrase.

This movie is good for… Learners who like love stories and strong characters. Learners who aren’t ready to learn too much complicated new vocabulary and grammar. 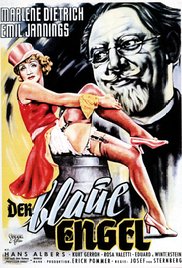 Summary: During the time of the Weimar Republic, a professor falls in love with a cabaret dancer. Starring the famous Marlene Dietrich, this movie is an intriguing glimpse of Berlin during its 20th century heyday, in the glamorous and decadent years before the Third Reich—a time when this film was actually banned in Germany.

Intermediate grammar and vocabulary to watch out for: Listen to Marlene Dietrich’s song “Falling in Love Again,” or “Ich bin von Kopf bis Fuß auf Liebe eingestellt” (which actually translates to “I am from head to foot in love mode”). Check out the German prepositions in the title alone (von, which translates loosely as “from,” as well as bis, which translates loosely to “to” in this context). Listening to song lyrics is a great way for intermediate learners to absorb colloquial German sayings and quirks of the language.

Scenes to pay attention to: The scene just before the professor visits Lola to return her underwear contains some great preposition uses—listen to learn how to use durch (“by” or “through”) and unter (“under”).

This movie is good for… Anyone who likes old, dramatic movies, especially film buffs or people who are interested in Weimar Germany. Learners who like to learn through lyrics and don’t mind listening to dialogue spoken in the diction-school, old-movie style. 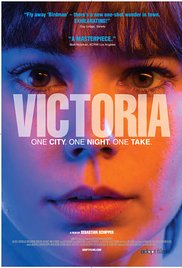 Summary: A recent movie about a Spanish girl whose night out on the town in Berlin goes horribly awry, “Victoria” provides a glimpse of the anomie and isolation that sometimes comes along with a move to a foreign city, as well as a look at Berlin’s criminal underworld.

Intermediate grammar and vocabulary to watch out for: The characters in “Victoria” often speak in the second person familiar plural—that’s ihr and all its attendant declinations and pronouns. You use ihr when talking to a group of people you’re familiar with, but even though it’s a commonly used pronoun, it’s often overlooked by language learners. The intermediate level is the perfect time to remedy that. The characters also often use slang (such as Typ, which means “guy”), which is important to learn if you want to sound natural.

Scenes to pay attention to: The scene near the beginning of the film where Victoria and her new friends are talking about their escapade at the Späti (“convenience store”) is a great example of slang flying around, along with Typ and klauen (“to steal”). 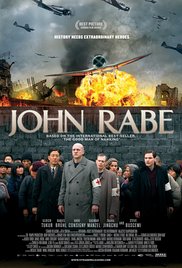 Summary: This movie tells the tale of the “good German of Nanking,” a Nazi who saved thousands of Chinese lives during the Japanese invasion of China at the beginning of World War II. It’s an evocative historical drama about this cult hero who died in obscurity after the war but who is nevertheless a hero to the people of Nanking to this day.

Intermediate grammar and vocabulary to watch out for: “John Rabe” will teach you grammar pertaining to war (like bomben, which means “to bomb”) and medical care, both subjects that are important for any learner who wants to discuss politics or seek medical help in Germany. The characters in the film also speak with more refined and old-fashioned diction than most modern Germans, which can be interesting for learners to hear.

Scenes to pay attention to: The scene where John Rabe and his wife discuss who should care for the people of Nanking has some great uses of verbs and prepositions (such as sich kummern um, which means “to care for”), both major topics in intermediate German.

This movie is good for… History buffs, especially those interested in World War II. Anyone who wants to pick up a new set of vocabulary pertaining to the niche topics mentioned above.

With these five disparate German movies, you’re sure to find at least one that grabs your interest.

So start watching today and take your intermediate German to the next level!