So maybe you’ve toiled away in French class, flipping through textbooks and worksheets like there’s no tomorrow.

But something’s missing: You’re not exactly speaking like a native.

You need to immerse yourself in, well, French immersion!

Now, that doesn’t necessarily entail traveling to France for a year and hoping your French will magically appear.

You can gain the same benefits of immersion simply by reading French books, watching French movies or listening to French audiobooks and music.

But in addition to the classic methods, we want to offer some fresh, fun ways to immerse yourself in French.

So let’s découvrir (discover) the why, how and what of French immersion so you can master the language and give native French speakers a run for their money.

The Beautiful Benefits of French Immersion

You’ve got your grammar hat on, thanks to months or maybe years of textbook French. But it’s hard to flourish with textbooks that have cheesy photographs of teens buying sweaters or asking their friends to the movies.

That’s the downside of the textbooks: heavy on the grammar, but not so much on real-life situations.

So while you could go textbook crazy and study until your brain hurts, it’s not going to be very fun and you’ll miss out on some key brain voodoo.

University of Illinois at Chicago recently put together a pretty cool study where they taught two groups of students a made-up language. The first group went through classroom-like training, the second group went through immersion training. At the end of the training, although both groups had high proficiency in the language, the students who went through immersion training had developed brain mechanisms that mimicked those of native speaker.

Additional studies have found that—get this—immersion in another language may increase you brain size. Your brain may actually get bigger! So, I think it’s safe to say that immersion is a pretty good idea.

In addition to the language benefits of immersion, being full-on bilingual can help you get jobs and increase the breadth of literature and music you consume. It also gives you bragging rights.

1. The Classic Method: Immerse Yourself in a French-speaking Culture

For all the students out there, check out summer abroad programs with your university. If you’re under the age of 30 and like children, consider living as an au pair with a French family for a year (check out Au Pair World or Au Pair Paris for more on the process).

Even a week or two traveling in France, Quebec, or any

other French-speaking country or territory is a great opportunity to develop comprehension and speaking skills. Cut down on costs while you’re traveling by using Couchsurfing.com to stay (and speak!) with friendly natives. Or, exchange working a few hours a day for room and board by contacting hosts through sites like HelpX and WWOOF France.

If you’re feeling really committed and are qualified, teaching English abroad is a great option to chisel yourself into a bilingual master.

But in the real world, we don’t all have the resources to go jet-setting on a permanent or temporary basis. Luckily, you can create the same opportunity without ever having to leave ton lit (your bed).

There are tons of fun and helpful apps out there for learning French. But if you want to veg-out all night and have the excuse “I’m immersing myself in French” at the same time, look no further than French video games. France is the world’s second-largest video game producer behind the United States.

That means there are tons of games out there in French, and they’re easy to get to with sites like Amazon and Steam. Ubisoft is the world’s third-largest independent game producer and happens to be French, so in addition to the few listed, you can find most of their games with French language settings.

Here are some video games (most available on PC through Steam) with game play that is useful for brushing up your French:

If you own a Nintendo DS and are a beginner, check out “My French Coach.”

Tip: If you search for games on Steam, each game has a chart indicating which languages it’s available in. So many French options! So little time!

3. Immerse Yourself in French on the Internet

One of the greatest 21st century pastimes is getting lost on the internet. We’ve all had those shameful moments when we realize that we’ve been site jumping and looking at chat (cat) pictures for two hours. But wouldn’t the guilt of internet binging be lessened if in the end, you could say “At least I learned some French doing it”?

Keep your old surfing habits and check out the French versions (or counterparts): 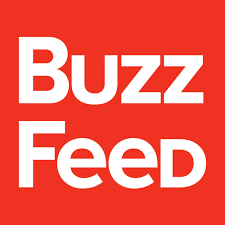 BuzzFeed has a French site, which is a great place to surf even if you’re still a beginner in French, since there are usually more visuals than text. You may even learn a thing or two about French culture while you’re at it.

If Buzzfeed isn’t enough, check out MinuteBuzz, which is similar to Buzzfeed but with a lot more French content. Highly recommended for procrastinating, while simultaneously tricking yourself into learning French.

If you’re a movie buff, direct your cinephile sights towards Allocine, the number one movie site in France. Check out everything from bandes-annonces (trailers) to movie reviews. While you’re keeping up with movie news en français, maybe you’ll get the head’s up on new French films coming out.

And of course, you’ve always got good old Wikipedia. Simply switch your language setting on the site and research away. If you’ve got time to waste, play the Wikipedia game in French! Pick an end point: “Canada” for example, then start with a random article (click the random article button), and see how many link clicks it takes to get to your end point.

4. Learn from Real-world Videos on FluentU

For an online French immersion approach that’s more focused than just browsing around—but without sacrificing any of the fun—head to FluentU.

FluentU is designed to get you comfortable with everyday French, by combining all the benefits of complete immersion and native-level conversations with easy-to-read subtitles. Every word comes with an in-context definition, image, audio and multiple example sentences. You can even click on a word to see how it’s used in other videos across the site.

Seeing the language used in such an entertaining and authentic context makes everything that much more memorable to your mind. It’s easy to have so much fun that you hardly realize all the French you’re soaking up!

Get the most out of your listening and viewing by spending time in FluentU’s unique “learn mode” to absorb all that a clip has to offer. “Learn mode” takes your learning history into account, asking questions based on what you already know—which sets you up for success. You can add words to your own vocab lists with a single click, and track your progress as you advance through video after video.

If you want to improve your writing, then you should, well, write. If you’re a wannabe Balzac, then this is easy. Pick up a new journal and start relaying notes about French movies and books, or about your daily life (learn new vocabulary by looking up words you don’t know). 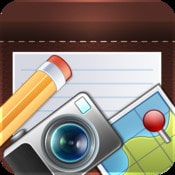 All of this in French, of course. Whether you’re keeping a travel journal or just talking about what you ate for breakfast, it’s a great way to smooth out your grammar, vocabulary and writing skills.

Write your journal entries using apps like Momento or Scribe Notes and add photos, links to cool French sites and useful grammar charts. It’s the perfect way to tie all of your French content together in one place.

Keep it social in your pursuits to learn a language. If you’ve got a friend from French class, French-speaking friends or another buddy who’s on the journey to fluency, then playing board games is a good way to immerse yourself—as long as you’re keeping the conversation in French too.

Host a French game night, bring out a cheese plate and pull out some French board games and party games. Some of these can be easily modified from the English version.

Here are some fun easy games that will help with vocab:

Whether you’re going to spend a year galavanting through the boulevards of Paris or turn your procrastination habits into a French wonderland, it’s clear that immersing yourself is the key to fluency.

So get your beret on and get to it! These French games aren’t going to play themselves.