You want to immerse yourself fully into the language and culture of France.

But does that mean you have to pick up your whole life and move to Paris or the French Riviera?

If you can’t become an expat and go live the good life in France, then you need to try at-home immersion.

The good news? You can pamper yourself and indulge in those French fantasies without ever leaving home.

Immersion can come from any kind of integration, and there are plenty of other ways to pick up a language aside from moving abroad.

Spoiler alert: you’re going to get spoiled by learning with such fun and easy methods!

Paris has the highest ratio of cinemas to inhabitants than any other city in the world.

What better way to integrate yourself into the French culture than by doing as the French do?

Spend your time immersing yourself in the language with a divine selection of les films français!

From the days of the nouvelle vague to now, France has long held the big guns in the world of cinema. France is currently second largest exporter of films around the world, it’s no secret that they’ve found international acclaim.

Aside from admiring their great artistic and cinematic expertise, watching anything in French has huge benefits for you as a French language learner.

This method of learning is suitable for learners with beginner, intermediate and advanced skill levels alike. Beginners can attune their ears to the language—the same way in which a child learns their native tongue before they begin to actually speak—and intermediates can improve their listening skills further by picking up vocabulary and phrases.

So if you’re a movie buff—or if you just like to kick back with a good movie after work—there should be nothing stopping you from staying in and watching le cinéma français.

After all, it’s for a good cause.

For recommendations on what to watch, check out this informative article here which not only lists 12 great movies for French learners, but also talks you through the learning process and advantages of film as a learning tool.

One popular site highlighting all things cinema is AlloCiné, France’s version of IMDB. Although it’s not exclusive to French films, it’s worth using even for watching film trailers in French.

If you’re interested in swotting up on your French film knowledge, this handy link will lead you to a list of recently released French films. Keep in mind that not all films indicated here are French language films—some are listed due to a cast member or director being French.

2. Travel to Paris (Virtually) with FluentU

3. Get Some Intellectual Stimulation with TV News Journals

While many Parisians will deny even owning a television, the French are big fans of their news journals and talk shows which tend to discuss anything ranging from politics to the arts. Three popular talk shows in France include “Le Grand Journal,” “Le Petit Journal” and “On n’est pas couché.”

“On n’est pas couché” is similar but a lot more extensive, lasting up to three hours. It

airs once a week in the evening. There are two panelists, a host and the invited guests who are subject to the critique of the panelists. The main guest is usually a politician and the other guests tend to come from the domains of literature, film and music culture, which makes for an in-depth and interesting talk show to keep you up to date with all things French.

As with French Cinema, watching popular TV shows from France is a perfect way to improve your listening skills. One special advantage that TV shows have over movies is that you’ll be up-to-date with current events—both cultural and sociopolitical.

4. Fill Your Ears with French Radio

French radio is a great tool for French learners looking to immerse themselves in both language and culture. Talk radio has a strong following in France and there’s still a prominent variety of intelligent and sophisticated radio channels to choose from. 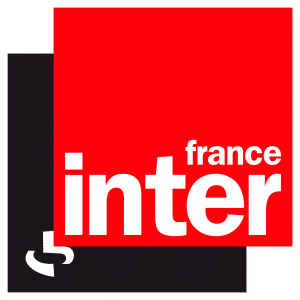 One radio station worth checking out in particular is France Inter.

France Inter really lends itself to the French learner because the animators speak a very eloquent French, and they generally speak at a very measured pace meaning it’s easier to follow than TV. France Inter is available via the iTunes store and is completely free to download.

They offer a wide range of podcasts, so if you don’t fancy listening to “la revue de presse” (an overview of what’s happening in the news) you could try out “le débat économique” (a show dealing with the economy) or “la librairie francophone” (a show about francophone literature).

If France Inter sounds like your kind of thing, here’s another article that delves further into the benefits of talk radio and lists 5 other France Inter channels—ça vaut la peine (it’s worth the trouble).

The possibilities with French radio are endless. The best thing about it? All you need to do is listen, so programs can be played in the background as you continue with the cooking, cleaning or your daily morning routine. Let the mellifluous sounds of France fill your home while you go about your usual activities.

Unless you’ve decided to learn French for the sole purpose of reading the Frenchies’ abundant array of literature, learning to read French is often overlooked by beginning learners. Nonetheless, reading French is just as important as speaking it.

During the initial phases of learning, reading offers learners a chance to see the language in its formal, accurate written form. This allows the mind to process the structures and rules of the language.

Whether you’re an advanced learner or a beginner, finding a great French book to suit your needs is simple.

But there’s another way! You can immerse yourself in the French language by swapping your usual online reading (in English, presumably) to reading online in French.

This is often preferable to reading novels, since you’ll get a big dose of casual, everyday French.

Thanks to the globalization of the world, it’s easy to find different language options for popular sites. If you find you enjoy reading cooking blogs, why not read cooking blogs in French? There are plenty of those out there!

With a little help from Google you can find pretty much anything you’re interested in. If you don’t know where to start, here are a few outstanding French blogs that I’d recommend:

Blogotheque: a blog for music lovers, full of interesting posts and reviews on albums and new music.

Blogunfrancaisalondres: a blog on the life of a Frenchman in London. Even though he has since moved on from his adventures in London, his posts are interesting and refreshing insights into life in another country.

Journaldugamer: a blog about all things gaming. If you’re learning French and you love to game, what better way to learn than with this kickass combination?

Audreycuisine: for all you foodies out there, this one’s for you—a fantastic, colorful blog on all things cuisine.

6. Get Your Social Media Fix

If you’re learning French, there’s one foolproof method that you must do right now (if you haven’t already): change the language settings on all of your social media profiles. Go do it right now. I’ll wait.

Changing the language seem like one small step in the marathon of language learning, but it’s actually a tremendous step into full French immersion.

You’ll notice on social media platforms such as Facebook that all of your adverts will become French. And those pesky adverts are everywhere! At least make them somewhat valuable by having them teach you a new language.

Are you on Twitter? Great! Follow all of your favorite Frenchies: actors, actresses, musicians and bloggers. Not only will you be able to keep up with their posts and see what they’re doing, but you’ll be steadily immersing yourself and making French a huge part of your day.

All time allocated to social media will now be useful and considered language learning—no time wasted!

Who knew that learning could feel like a guilty pleasure?

Give yourself a little TLC and indulge in French language learning with these great activities today.