To state the obvious, French is a beautiful language.

It’s not always logical, though.

Sure, some words like un rat, une carotte and danser are easy to figure out.

And other times, words that are thematically-related make learning them a pretty okay experience.

When you have a list of unrelated words, though (a list of words that you come across when reading that you can’t figure out from context, for example), things can get a bit more complicated.

Imagine, for example, that we have this list of unrelated words:

If you don’t know these words, don’t worry. We’ll come back to them!

The point is, though, that oftentimes deliberate memorization is required when learning new French words.

Memorization is sometimes given a bad rap because we automatically think of “rote memorization” or cramming for a vocabulary quiz in high school (no judgment, we’ve all been there).

But memorization can be way more fun, sophisticated and effective than that.

Ladies and gentlemen, I present to you (drumroll, please) the memory palace!

The “memory palace,” also known as the “method of loci,” is a technique of memorization that dates back to Greek and Roman antiquity, used notably for memorizing speeches because writing was often impractical and a luxury. It entails visualizing a space, filling it with objects and walking through it to retrieve (memorize) them.

During a banquet in a hall, the ceiling crumbled, killing everyone. There was no way to recognize the corpses, which was necessary in order for them to be properly mourned. Simonides, having imprinted the table arrangement in his mind, was able to reconstruct it and identify the fallen guests with ease.

The memory palace technique is useful in far less morbid contexts. You know those “super memorizer” people, who can memorize the sequence of a shuffled deck of cards or a super-long list of random numbers?

The memory palace technique is often their preferred weapon of choice. Even famous fictional Sherlock Holmes, detective extraordinaire, has been portrayed as using a version of the technique.

Timothy Donor, a polyglot, uses it to learn new words. He even gave a TED talk that goes into it. Always trust a polyglot.

In summary, use a memory palace to learn French words, and they’ll stick with you forever.

Why You, as a French Learner, Should Use a Memory Palace

To briefly recap: A memory palace is an imaginary construction of a real place. It’s comprised of “stations,” or “loci,” where objects—or in our case, words—are stored.

These words are stored in the form of images, which serve as mnemonic devices. Developing mnemonic devices is a form of active learning because it requires you to make a range of connections that you wouldn’t make in the case of rote memorization.

Here are a couple of reasons you, a French learner, should consider using the memory palace technique.

It’s highly customizable and specific to your needs

The memory palace technique is based on a place that one is personally and intimately familiar with and allows you to memorize whatever you want. 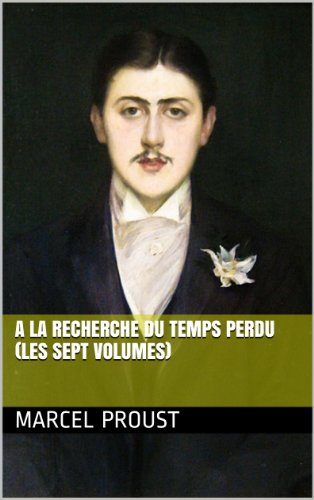 For example, you can build a memory palace to store words of a specific book: Reading and learning the words in a novel like Marcel Proust’s 7-volume collection “À la recherche du temps perdu” would be an excellent way to gain exposure to words to add to your vocabulary arsenal. Proust’s writing is particularly known for its long, wandering sentences, its richness of detail and its varied vocabulary. The entire work clocks in at around 4000 pages (yes, 4000!).

Even if you just read “Du côté de chez Swann,” the first book, you’ll be able to fill your memory palace with a whole lot of words.

After that, “Voyage au bout de la nuit” and “Madame Bovary” will be a breeze!

It promotes deep learning of words

Sure, it’s easy to look up an unfamiliar word in a dictionary while reading. Getting it to stick, however, is another story.

In French, this is further complicated by things like the gender and changing endings when a word is plural (which also depends on gender). What makes the memory palace technique so useful here is that it requires you to make a connection between the sound of a word or a phrase and its meaning, by linking it to a specific image.

We can call this process “encoding.” Long-term memorization occurs when you repeatedly decode the images and link them back to the words you’re learning.

So let’s get building! What do you say?

How to Build a Memory Palace

First, think of a place you know well that has several rooms. For example: your apartment, your high school, an office building, a place of worship, a shopping mall.

After you’ve chosen a location, draw up a floorplan on a piece of paper complete with rooms (bathrooms, bedrooms, kitchens, locker rooms, etc.), doorways, windows and, of course, furniture. These will all become “stations” in your palace.

For an example, I’ve chosen the two-story house in which I grew up.

Decide on the pathway you’ll take to get around the space. Think about how you’d navigate the space you’ve chosen in real life (it’s probably the most straightforward). The memory palace technique is most effective when the route is linear and you retrace your steps as little as possible. Commit the floor plan and the route to memory.

Let’s take a look at my example:

The front door of my childhood home opens up to the living room, complete with a fireplace, a piano, a coffee table, a couch and a television set. If I make a left, I’m in the dining room. If I make a right, I’m in the kitchen. In the corner of the living room, where we started, there’s a staircase. Once I’ve taken the stairs, going left will lead me to the bathroom. Next, there’s my bedroom, after that my brother’s, and finally, my parents’ master bedroom.

Once you have your path, number your stations so 1 is the starting point and the last number is your exit point. Each room should be assigned a number.

In my case, the front door would be number 1, the living room would be 2, the dining room 3, the kitchen 4, the staircase 5, the bathroom 6, my bedroom 7, my brother’s 8, and my parents’ bedroom 9. Don’t worry about numbering pieces of furniture or other objects in a room. Rather, associate the objects with the numbered room to avoid bogging yourself down.

In a Word document or an Excel spreadsheet, create a master list of words that you’re learning, noting their definition and gender when applicable. If need help filling out that master list, you can always watch FluentU videos for additional vocabulary.

Since the videos are equipped with interactive subtitles that are both in French and English, translations and definitions are extremely accessible. You can also hover over and click on individual words to see additional definitions and example sentences. From there, you can add the word to your personal list or flashcard set on the app, which you can later copy onto your Word document. Try FluentU out for yourself with a free trial.

Remember that vocabulary list that I mentioned earlier? Here it is again, this time filled in:

Get moving for move-in day!

This is where the fun begins! Here, you should associate each word with a station.

This is where the imagery comes in: the weirder, the more ridiculous, the more colorful, the better!

Here’s what I’ve come up with:

Intercalaire: For intercalaire, I picture a bookmark in the form of a division sign. I’ve decided to tuck it between the pages of the book that’s on the desk in my bedroom. When intercalaire is a noun, it’s masculine. To remember this, I’ve made the bookmark blue. Once you think of your own visual method for distinguishing between masculine and feminine nouns, be consistent!

Exergue: I’ve decided to represent exergue with an ornate, golden door knocker with a flowery E etched into it. Hanging off it is a single blue jewel, to signify that it’s a masculine noun. Fittingly, I’ve placed it on the front door.

Balbutier: The beginning of balbutier, “balb,” sounds quite like the beginning of ballon (ball), as well as “blah” (as in “blah blah, goo goo, ga ga,” or baby talk). Because of this, I’ve chosen to represent balbutier with a baby playing with a ball, sitting in front of the TV set in the living room. When the TV is on, I imagine the baby trying to mimic the voices he hears, but all that comes out is “blah blah goo goo ga ga.”

Perdurer: I’ve decided to put perdurer in the kitchen in the form of a pear (get it?) stuck onto the face of a clock. Why the kitchen, you ask? Because the kitchen is where I spent a lot of time waiting. For my mom’s cookies to finish baking, for example.

Cendrier: Cendrier sounds quite a bit like Cendrillon (Cinderella), so to memorize it, I’ve decided to place Cinderella, sweeping ash, near the fireplace, while balancing a blue ashtray on her head.

Prunelle: I put prunelle in the bathroom. To remember its definition (pupil), I visualize a pair of pink eyeballs stuck onto the mirror that is above the sink. They are wrinkly in the way that prunes are wrinkly. It’s a totally weird image, I know! But trust me, it works.

Once everything is set up, take a tour (okay, several) of your humble abode. Mentally walk around your memory palace, decoding the images as you go along. After you’ve done this a few times, verify the meanings with your master list.

Use it or lose it

Use the words in conversation and writing. At first, you’ll find yourself looking around your memory palace for a word, but soon enough, retrieving a word will be as easy as taking a coat out of a coat closet. It’s true, what they say: Practice makes perfect.

Once you’ve committed a set of words to memory (early on, this should take about a week—you’ll get faster once you’re more comfortable with the technique), you have some different options available to you: You can either build a duplicate of your first memory palace, where the setup is the same but the objects are different, or you can create a whole memory town, comprised of several memory palaces. It’s up to you!

Now that I’ve given you a peek into how I memorize French words, it’s your turn to build your own memory palace!

Building a house can be just as easy as drawing a picture, and so can memorizing French words!