So, you’re planning a Halloween bash.

Yet something’s missing. How can you make your celebration more…original?

Then it hits you: You’re learning French! There must be some French Halloween vocab you can look into.

There also must be ways you can work that vocab into your evening: Games? Posters? Labeling spooky stuff?

However you do it, adding some French flair to your Halloween party is sure to make it unforgettable.

So is Halloween a thing in France?

In this post, we’ll explore vocab related to Halloween as an import in France and how you can load up on great French words for all things creepy.

But to do that, we’ll first have to venture way, way back to Halloween’s dark and murky beginnings.

Halloween in France: An Ancient Holiday

Although Halloween in France is a recent import from English-speaking countries, its origins are obscured in ancient Celtic history.

Halloween may stem from Samain

So I’m not claiming that Halloween started in France, but the Celtic people of Gaul, which is now France, may have celebrated a similar holiday called Samain (or Samhain) on November 1st. Samain was marked by contact with the world of the gods, and thus thought to be replete with supernatural occurrences.

If Samain is about as mysterious as Celtic Gaul itself, more is known about the Fête de la Toussaint (All Saints’ Day), also celebrated on November 1st in a church-led attempt to replace the pagan Samain. Toussaint is an occasion to celebrate all the dead saints, which hearkens back to the ghostly allure of Samain.

The connection between Halloween and Toussaint is evident through the name “Halloween” itself, a contraction of “All Hallows’ Eve.” (All Saints’ Day is also called “All Hallows.”)

Traditions in Brittany and Lorraine

The church may have erased Samain in most of France, but traditions remarkably similar to Halloween persisted in Brittany (a Celtic region) and Lorraine.

In Brittany, children sculpted heads out of betterave (beetroot) to celebrate the approach of Toussaint, much in the same way that people in the U.S. now carve a citrouille (pumpkin). Jouer des tours (playing tricks) on unsuspecting townsfolk was common, too.

It was believed that the souls of the dead returned to Earth on Toussaint, so food was left out for them, and a log was lit to keep them warm.

In Lorraine, beetroots were also carved on Toussaint in a celebration called Nuit des Betteraves Grimaçantes (Night of the Grimacing Beetroots).

Modern Halloween as we know it now exists in France to an extent, in large part due to commercial efforts.

A Halloween gâteau (cake), the Samain, made with a special baking shell, is marketed by the company Optos-Opus. The cake is made of pâte feuilletée (rolled dough), pommes (apples), noisettes grillées (grilled hazelnuts) raisins secs (raisins) and caramel. The colorful ingredients make it look like a glowing jack-o-lantern.

Optos-Opus trademarked the event “Halloween” and marketed other Halloween-related items in the late 1990s. In 2004, however, a court ruled that trademarking this public event prevented other companies from profiting and was fraudulent.

Stores embraced the Halloween concept because it meant stimulating sales in the pre-Christmas lull. By 2000, Halloween had become the 3rd largest holiday shopping occasion in France.

Backlash Against Halloween in France

As you can guess, not everyone in France welcomed Halloween. Criticism came from both religious and cultural standpoints.

Perhaps fearful of Halloween’s association with la mort, or due to its overshadowing of Toussaint, the Catholic Church organized “Holy Wins,” a free Christian concert and alternative celebration meant to draw young people.

The hyper-commercialization of Halloween and the Optos-Opus scandal left a bad taste in some people’s mouths. Whether it’s cultural pride or anti-commercial sentiment, Halloween’s popularity in France may be on the wane.

Considering how quickly it was adopted in the first place, the best explanation may be “ça va, ça vient” (“easy come, easy go”).

Even if Halloween is retreating from the public eye in France, Halloween-themed parties remain relatively common. Even Disneyland Paris is throwing one!

As in the U.S., these parties involve impressing others with frightening déguisements (costumes), such as:

Party spaces might be decked out with fake crânes (skulls), chandelles (tallow candles), plush corbeaux (crows) hanging from the ceiling or fake toile d’araignée (spiderweb). Anything to give that spooky feeling.

Thus, a French-themed Halloween party wouldn’t seem that different…unless you went the extra mile. So be creative. Orange and black macarons? Perhaps some plastic gargouilles (gargoyles)?

If you think by now you’re a master of French Halloween vocab, take some fun quizzes here and here at Françaisfacile.com.

Trick-or-treating in France, Quebec and elsewhere

Fortunately for comparison, Halloween is celebrated in Quebec much the same way as in the U.S. There, kids dress up in costumes (often designed to fit over winter clothes!) and do the chasse aux bonbons/passage d’Halloween/porte-à-porte (trick-or-treating).

When young Québecois are greeted at the door, they cry “Bonbons s’il vous-plaît!” (“Candy, please!”)

In places where Halloween has taken hold in France or Belgium, children say “Des bonbons ou un sort!” (“Candy or a spell!”), which is a rough translation of “Trick or treat!” and reflects the recent American origins of trick-or-treating in Europe.

Successful kids might get various friandises (sweets) like pommes d’amour (candy apples), bonbons à croquer (candies), barres chocolatées (candy bars), sucre d’orge (candy canes) or anything else that may have ended up in your childhood pillowcases!

Halloween or No Halloween, Horror Is a Successful Genre in France

Horror and ghost stories are popular in France, especially among teens and young adults. Even if it’s not Halloween, there are plenty of French books and movies that will leave your hairs raised while giving you useful practice. 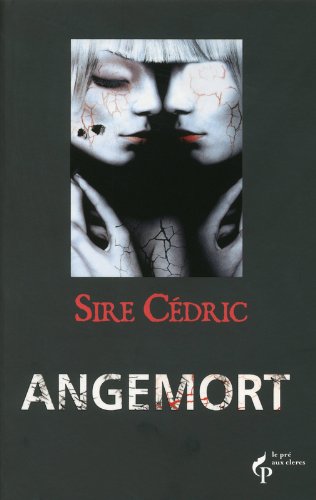 French libraries (bookstores) are rife with such titles as “Angemort” (roughly “Dead Angel”) by Sire Cédric or “La Forêt des Ombres” (“The Forest of Shadows”) by Franck Thilliez. Many horror novels, some French and some translated, can be found at Babelio.

All French reading is beneficial, but horror stories are, in my opinion, very approachable as beginner’s books because they’re usually written in modern French. Also, your favorite horror authors like Stephen King and Edgar Allen Poe are popular in France, and their works are widely available in French.

Bone-chilling films to watch this Halloween 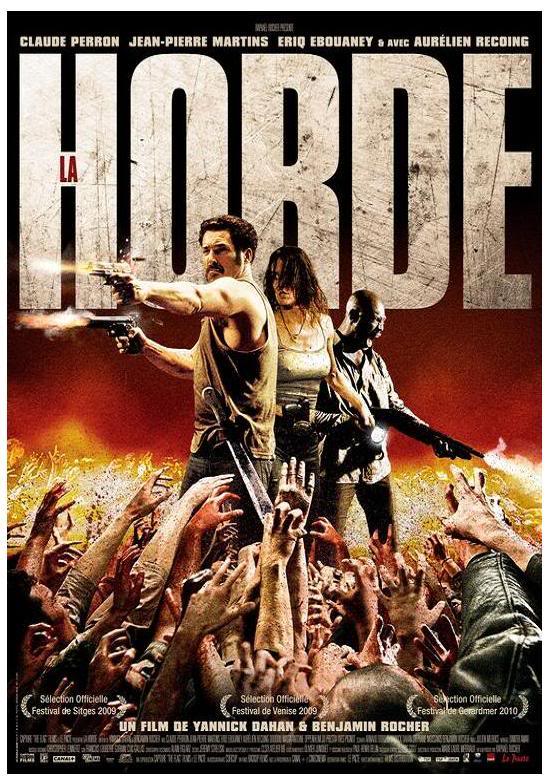 Just like with books, the French are no strangers to horror films. From “Cache-Cache” (“Hide-and-seek”) to “La Horde” (“The Horde”), there’s a movie out there that will make your spine tingle.

Try Cinetrafic to find a list of French horror films with summaries (in French). My favorite French horror film has to be “Les Chiens” (The Dogs), not because it’s scary, but because it recounts a disturbing scenario where paranoid people fill their town with violent dogs.

Here again, most French horror films are relatively modern and easier to understand for beginners than older films.

It might also be worth checking out shorter clips on FluentU if you don’t have time to sit through an entire movie.

What’s great about watching videos on FluentU is the interactive bilingual subtitles, which have a built-in dictionary and are also connected to the in-app grammar tools, all features that will help you absorb as much of the French language as you possibly can. To start watching movie clips on FluentU, go ahead and sign up for the free trial.

Let’s Get This Party Started!

Whether Halloween will endure in France or is destined to be a footnote in marketing history, there’s a wealth of Halloween and horror vocab out there.

Learning it will deepen your knowledge of French, give insight into French history and culture and make for some great party ideas.

So hang up those banderoles (streamers), turn on the “Danse Macabre” and turn your Halloween party tradition into a vocab-learning experience!