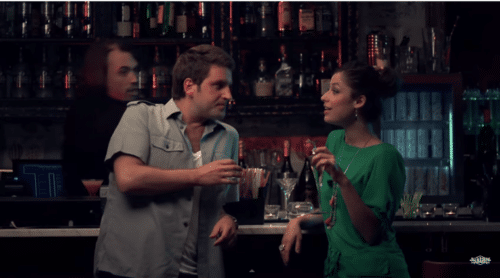 Feel as if you’ve sucked all those French grammar books dry?

Ready for the next level?

Every excelling language learner knows the best way to fully grasp a language is through immersion!

But what’s the ultimate immersion experience?

Traveling. But unfortunately that’s not an immediate option for everyone.

Above all, taking an earnest interest in the culture of your language choice is the most important thing for you to do.

The Internet might be the greatest immersion tactic there is today. With the added assistance of mobile apps and other web tools, speaking and feeling like a native can come easy—not only that, it’s all (or mostly) free!

Ever find yourself spending too much time watching video after video of people aimlessly chatting and doing weird stuff?

Nearly every person around the globe uses it as a means of expression! And since language and communication are part of expression, did you realize that you can actually “live” through the eyes and ears of a French speaker by simply watching the same YouTube videos they love to watch?

So, what are those YouTube videos that they love to watch?

They’re all the videos you’ll find here on this list! These six YouTube channels will open your horizons to the French video-sharing world!

Like we just said, YouTube is an incredible gift to language learners. But it can get annoying to pause a video and run to your dictionary every time there’s a word or phrase you don’t understand.

That’s exactly the dilemma that FluentU was created to solve. FluentU provides more than 1,000 authentic French YouTube videos (including clips from many of the big-name YouTubers we’ll show you below) that have been supercharged with language learning tools.

For example, every video comes with interactive subtitles. You can click any unfamiliar French word for an in-context definition, grammar info and memorable picture.

There’s also a looping feature to quickly replay confusing parts, and English captions you can toggle on or off (no more confusion from YouTube’s iffy auto-translated captions!).

If you tap on the word “suit,” then this is what appears:

Plus, when you’re done watching a video, built-in flashcards and fun quizzes will make sure you remember what you’ve learned.

Throughout the entire time, FluentU keeps track of vocabulary that you’re learning. It uses that vocabulary to recommend you examples and videos and give you a 100% personalized experience.

You can check out the full video library on your computer or anytime, anywhere with the mobile apps for iOS and Android.

Rated the number one YouTube channel among French viewers, Cyprien, who also goes by the name of Monsieur Dream, is considered the funniest French dude on the Internet. But don’t take my word for it. Check him out for yourself!

Sort of like stand-up comedy, Cyprien uploads videos of himself sarcastically and comically commenting on small, everyday happenings, as well as some larger-than-life instances. Like most of these YouTubers, his clips are quick, sweet, simple and to the point—typically running from five to seven minutes long. There are also lengthier pieces for those who like to live life in the fast lane!

I can’t promise you’ll get the entire gist of a video in one sitting. That entirely depends on your level. It certainly doesn’t hurt to replay the clip a second or third time, as this is an excellent way to really own those advanced skills and get a better sense of a native’s point of view. 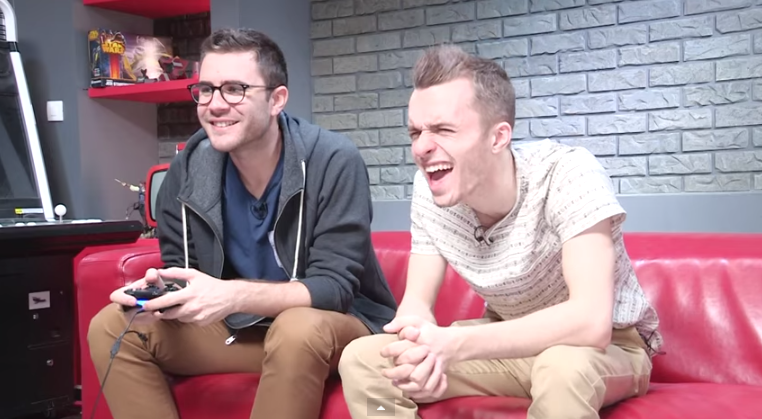 Cyprien is such a crowd-pleaser that he’s jump-started another YouTube channel with his buddies. It’s devoted solely to gamers, so this one’s for you all you video game fans out there.

He takes the latest video games for any console or computer and tries them out for the first time with his friends sitting around on a couch. They’ll debate (in French) on graphics, qualities, etc., reviewing them all with a goofy touch.

Sometimes they’ll change it up and break out into song, creating short music video clips based on a game. You’ll see more action and improv on this channel than you will in his original Monsieur Dream, making it to easier interpret.

Do keep in mind that the video game reviews are long, about 10 to 20 minutes, so be prepared to sit for a while and sink your teeth into some real French time. If video games are your thing and you also enjoy learning French, then this channel is the right fit.

With that said, have you attempted playing video games in French? Wouldn’t hurt to start.

Changing the language settings or adding subtitles is always a smart, additional step that’ll get you to that exceptional, natural level.

Once you’ve tried that, you can start watching reviews of your favorite video games and be on your way to living like a native! Not only that, but these clips will provide lots of good conversation starters for you gamers out there!

Norman Thavaud is the second most circulated YouTube host among the French community according to socialblade.com and total number of subscribers.

Norman Faits Des Videos is another YouTube humorist, similiar to Cyprien, and his videos take a comical and satirical approach to comment on personal and worldly issues.

Although Cyprien is technically ahead in terms of likes and views, Norman manages to stand his ground. Both of these French Internet comedian rivals (who are also friends) tend to overlap on the same topics, but each makes their videos distinct with their unique and creative outlooks.

So what does that mean for you?

Having two separate video channels that present similar information in different French fashions gives you more bang for your buck! This is a perfect learning approach because you can compare French vocabulary, slang, gestures, dialect and accents between video channels delivering commentary on the same subjects, helping you to really grasp the information. This is arguably better than watching the same video over and over (not that there’s anything wrong with that though!).

Note: A frequent French word to look out for at the beginning of Norman’s skits is faux !, “fake!,” a phrase he shouts out or sometimes secretly incorporates via written signs throughout the clip.

So, there you have it! With this clue, you’re on your way to deciphering more French YouTube fun! 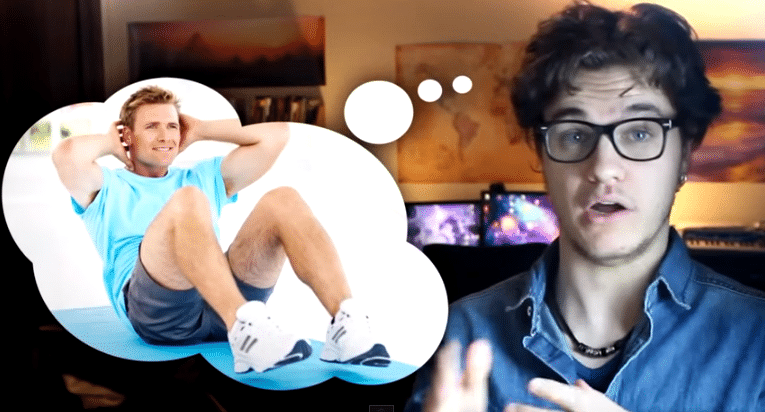 Chris, the creator of this channel, is a savvy French guy who has dedicated his time to broadcasting mini-clips of similar reports found on BuzzFeed, but in video version, of course. If you bring his name up among young, hip French YouTube fanatics, they’re all most likely familiar with it.

Poisson Fécond, what he calls his channel, literally translates to “fertile fish,” the other name he’s popularly known by.

First thing you’ll notice is the common word in the title of each clip, which looks something like this: “5 Trucs à.” Truc is the French word for “thing,” any old, random “thing,” and that’s the basis of what these videos entail, trucs (things).

If these titles scare you because they hint at more advanced topics, don’t worry.

All the clips range between five to seven minutes in length. The short, concise list format of each video will certainly help you learn efficiently while keeping your brain attentive and active.

Any science junkies? Well then this channel is for you!

E-penser teaches science, in French! Though you won’t find as much comedy (everyone seems to enjoy that), it’s still an exquisite learning device that introduces scientific questions with thorough answers while giving small hints and tips along the way.

They are lengthy clips, lasting anywhere from 10 to 30 minutes—don’t be discouraged though, because the host is very slow, informative, patient and a tad bit repetitive, which allows more room for learning!

I’ll admit e-penser isn’t as recognized as the rest of the channels, so don’t be shocked when your French friends don’t know about it. Even so, these videos will help you learn quick. Also, no one ever said you can’t show it to a French ami(e) (friend)—great icebreaker! Consider it a new way to impress people! 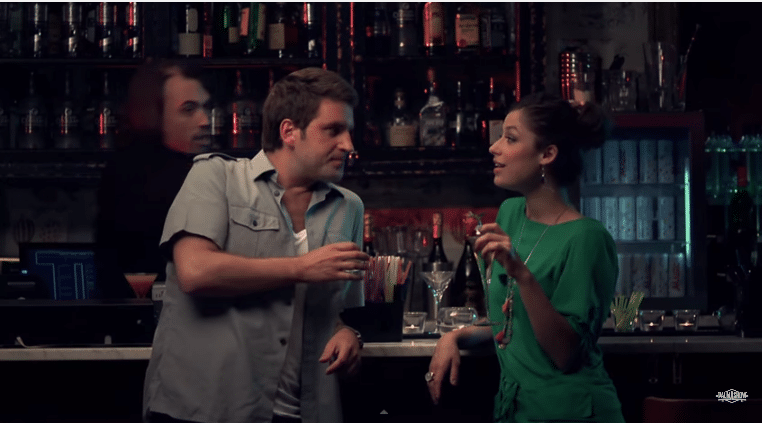 Can you guess what blagues means?

Blague is the word for “joke” in French. So, the name of the show is “Very Bad Jokes.”

This channel, also known as Palmashow, presents a group of friends who create very, very short, mini sketches (none ever exceeding five minutes) that are similar to SNL (Saturday Night Live).

The acts are hysterical, satirical and burlesque, perfect for learners who want to pick up original French talk and expression, but never have the time.

As an upcoming YouTube channel in France, it’s another great place to begin learning. Just plan to hit the replay button a couple times. The creators like to play with puns. You might feel a little lost at first, but the brevity of each video gives you an advantage: you’ll be better able to memorize words, phrases and even entire skits (if that’s your thing).

Some short videos to try:

Are there any I missed? Sure there are!

There are new YouTube French personalities coming out over the Internet each day. The opportunities to immerse yourself on the web are endless!

Watching videos by French creators through YouTube or any website is one the easiest and most useful ways to delve into French culture.

Remember that confidence is key, and if you’re willing to give new learning resources a shot, then you will advance.