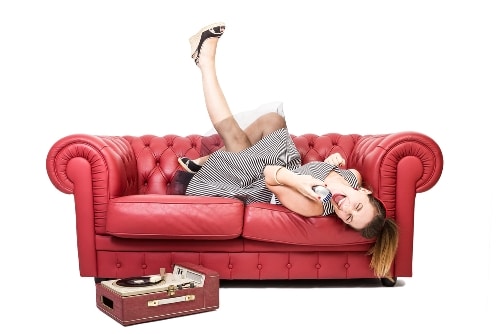 How to Keep Up with the Newest French Songs and Lyrics

You’re in a restaurant with some friends and a French song comes on.

It completely fits your music style, and you find yourself tapping your foot along to the beat.

You start to wonder: What is this song? How do I find the lyrics? Where can I get my hands on other songs like it?

If you’re ready to get your groove on with the best and newest French music, plus learn the lyrics, there are many resources available where you can discover the newest tunes and hits—while learning the artistry of French lyrics.

Using French music to learn French also has numerous advantages, like being able to recognize words and grammatical structure despite hearing the language in a slightly altered form.

A Brief History of French Music and Its Lyrics

There is a wide variety of French music, and because of the many musical influences, there’s a genre for everyone.

Those who love classical music will find that some of the world’s most renowned romantic composers come from France, while French opera is alive and well (some of the most famous operas include “Carmen” and “Faust”).

Electronic music is huge in France and provides a great opportunity to dance and spend an evening out with friends. Of course, some of the classics like Edith Piaf and Georges Brassens fit into the chanson (lyrically-driven) genre of music, which is still very popular.

If none of those genres strike your fancy, you’re still in luck! All kinds of music are widely celebrated in French culture, so you’re sure to find the genre you love.

The Benefits of Listening to French Music

How to Keep Up with the Newest French Music and Lyrics

With all these great benefits, it’s time to start discovering the best music. First step? Identify what genre you’d like to explore. If you don’t know the French word for a genre, hop over to WordReference to figure it out. (Here’s a hint: Oftentimes, it’s similar to the English word.) Then, start your research!

You can always check Billboard’s weekly Top 10 France Songs list for song or artist ideas, though there could very well be more English songs than French at any given week. Only Lyrics also has a weekly top French songs list—25 of them—which are all French. An additional source you may not have considered is Reddit, whose useful subreddits “La musique française” and “Écoute Ça” are filled with nothing but French music videos.

You can then take those artist and song names right on over to YouTube!

Looking for new French artists on YouTube is probably the most efficient way to begin. Not only will you be able to find the latest hits, but music lovers and fans often create videos with the lyrics included.

If you’re looking for a classic artist like Edith Piaf, you’d simply type her name into YouTube. But if you find a specific song you like—let’s use “La vie en rose” as an example—type the title with the word paroles (lyrics) into the search bar, and you’re sure to find the song with its accompanying lyrics. This video is a great example of a video of “La vie en rose” that includes both the French and English lyrics.

Another great benefit of YouTube is its plethora of vloggers, or video bloggers. There are all kinds of vlogs (video blogs), ranging from gaming to comedy to beauty to films, and music is no exception. Watching a video created by a budding music critic or knowledgeable music lover will introduce you to new music while also improving your language skills!

After finding a song whose lyrics you’d like to learn, you can also search for that song on FluentU. FluentU takes real-world videos—like music videos, movie trailers, news and inspiring talks—and turns them into personalized language learning lessons. So you’ll have a customized guide to your song’s lyrics, as FluentU is a fabulous resource to learn both the language and the lyrics!

Visit LyricsTraining to Discover the Lyrics Through a Game

Once you’ve found the video on YouTube and begin to feel confident with the lyrics, visit LyricsTraining to test your skills. This website takes videos of songs and turns it into a fill-in-the-blanks game, as you try to fill in the missing words of the lyrics as the song plays.

While the songs themselves are categorized by level, when you pick a song to play you also get to choose the difficulty level of the game—from beginner (with 10% of the lyrics missing) to expert (starting with no lyrics at all).

When you visit the website, pick “French” in the language dropdown to see the available French videos to play the game! Then, type in a French song you discovered by searching the web. You can also browse by genre and level, so let the lyric learning begin!

The French don’t only like to listen to good music, they also like to talk about it. The NPR of French talk radio, France Inter, hosts many shows where critics and locals alike discuss the newest music, including “Le masque et la plume,” a show where the newest movies, music and books are critiqued and discussed at a round table full of guest speakers.


Many music radio shows air during the day, away from news hours. More often than not, when you turn on French radio or visit FranceInter.com, there will be a music show playing. Though these shows aren’t often useful for learning lyrics, they’re extremely useful for finding songs and artists you like. Then, you can go to YouTube to find the lyrics for the songs you enjoy listening to.

If You Live in France, Visit a Dance Club to Hear New Music

This option may even be the most enjoyable. Artists like Daft Punk and David Guetta—well known in the United States—are only a few of the many successful electronic music artists in France. Its origins? Composer Jean-Michel Jarre made it popular in the 1970s, introducing a “New Age” movement and selling over 8 million albums.

The music of David Guetta and Martin Solveig is today called “New Touch.” This is the equivalent of “house music” in the United States, and is different because of its influences of funk and disco.

Visiting a dance club will put you right in the center of it all—and you’ll probably get to hear some really talented up-and-coming artists, especially if you live in Versailles. From this suburb in Paris comes the well-known duo Air, who are popular for their New Touch genre of music. Another advantage of visiting une boîte de nuit (dance club)? You’ll meet friends who will probably be thrilled to introduce you to new music—electro or not.

Finding a language partner is not only beneficial, it’s also a great way to make friends and learn more about French culture. Discovering new music is no exception. A French friend can direct you towards the newest music, the best artists in the genre you love and the best places to find that music.

They can also tune you in to the best dance clubs if you’re in France or the most interesting music YouTube vloggers where you can continue your quest to find music.

So turn up the music and sing along! Once you’ve spent some time surfing YouTube and have found your favorite French artists, not only will you be able to follow along to all the songs, but maybe you’ll be able to write one yourself!