French is a hard language to pronounce.

No use fretting over it. It’s better to focus on being productive.

I’ve listed six of my favorite French pronunciation apps here. So, you can read about them, test ’em out, pick your favorites and get to work!

Why Does Proper French Pronunciation Matter?

It helps you avoid misunderstandings.

Proper pronunciation is especially important in a language like French. Slight variations in pronunciation could indicate vastly different words and meanings. As just one example, en, un and on are all nasal sounds, but their pronunciation differs slightly from one to the next.

Native French speakers mastered these subtle differences years ago. For those of us who aren’t native speakers of the language, it can be a real struggle to hear, let alone pronounce, the difference between them. Misunderstandings abound when we can’t tell precisely what people are saying.

Thus, learning proper pronunciation in French helps you avoid misunderstandings between you and your conversation partner. And even better than that, it helps make conversations flow more seamlessly when you can understand without missing a beat or asking the speaker to repeat something.

Pronouncing the words of a foreign language correctly helps you show respect for the language and culture. When someone makes the effort to correctly pronounce the sounds of your native language, you appreciate it.

On the other hand, if someone seems to care less about pronouncing the words of your language correctly, it not only makes it harder to understand them, but it has the potential to come across as disrespectful.

Every culture and every language is beautiful in its own unique way. Learn about the language and the culture behind it, and give the language the respect and effort it deserves. People can sense that you care, and will be grateful and kind in return.

Of course, you’re not going to have perfect pronunciation straight from the start, but people will recognize that you’re putting in the effort, and that’s what really matters! Plus, with a bit of confidence and motivation, you’ll get there in no time.

It’ll inspire you to keep learning.

The more confident you feel speaking and understanding a language, the more you want to learn and embrace both the language and the culture behind it.

It’s like the gold star sticker phenomenon: When you feel like you’re doing a good job at something, and when you’re recognized for your efforts (with gold stars, for example), you want to keep doing better and better to keep earning more and more gold stars.

Now that we’ve convinced you that proper pronunciation skills in French—or any language for that matter—are important, here are five of our favorite apps for improving your French speaking skills (in addition to all those other French language apps we’ve told you about before).

The more work you put into working with these apps, the more you’ll get out of them. Really take advantage of them every day and you’ll notice the difference in your pronunciation skills before you know it! 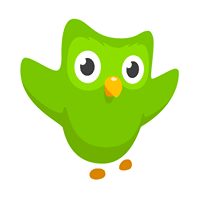 Duolingo incorporates French pronunciation into every part of the app.

Not only does the app dictate French text to you, it also makes you repeat French phrases into your microphone. This reinforces the pronunciation skills you’ve started to pick up by making you practice out loud. And the app rewards you and incentivizes you (with the coveted prizes of pride, bragging points and their digital currency, Lingots) to keep learning and practicing every day.

The less-than-great part of the app is that the French-speaking voices are somewhat robotic, so you’ll have to get used to that if you want to get the most out of the app. It also mispronounces words on occasion, but I’ve only run into this issue a handful of times.

Generally, the app is a really solid resource for learning vocabulary, grammar and pronunciation. It’s also really easy to make into a habit. For example, if you devote 15 minutes every morning during your commute or 15 minutes every evening before bed to completing one or two lessons on Duolingo, you’ll have finished the app in no time.

Once you’ve gotten that far, you’ll have a pretty solid understanding of the basics of the language upon which to build.

On FluentU, you can hear native pronunciation from many different sources. The program has put together a collection of authentic French video content that features native French people speaking.

For a learner who wants to practice pronunciation, this translates to hundreds of hours of authentic speech to listen to and mimic. Accurate subtitles and native pronunciation mean that you can easily shadow any content you enjoy or want to learn.

You can also repeat after the audio pronunciations that accompany every flashcard. And since the flashcards also include clips from other videos where the word appears, you’ll be able to hear and repeat after many different accents.

Finally, FluentU’s review exercises include questions that let you speak your answer for further pronunciation practice. 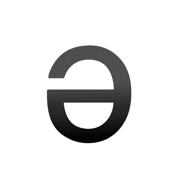 With (How to) Pronounce, you can learn pronunciation in languages from Spanish to Polish to, of course, French. The cool thing about this app is that it will read any text you input out loud, either at a normal speaking pace or at a slightly slower speed.

All you have to do is select “French” as your language and type in the French text you need to know how to pronounce.

The key thing to know is that this app is excellent for learning the pronunciation of single words, but it’s not so great with streams of text.

For example, if your type in the word fatigué (tired), the app will read the text back to you perfectly. However, if you were to type in a sentence such as Ma mère est fatiguée parce qu’elle a beaucoup travaillé (My mother is very tired because she worked a lot), the app would read the sentence back, but the pronunciation wouldn’t be as clear. When pronouncing sentences, the app strings all the words together in a monotone stream, making it a bit difficult to grasp the pronunciation of each individual word.

Of course, French is often spoken with lots of elided words and no clear breaks between words, so the app is faithful to the language in that regard. However, French speakers will usually also have inflections in their voice and parse their sentences, whereas this app does not.

When learning basic pronunciation skills, hearing a Siri-like voice dictate monotone streams of text isn’t great, but if you need to know the pronunciation of a specific single word, this app is a pretty great resource. 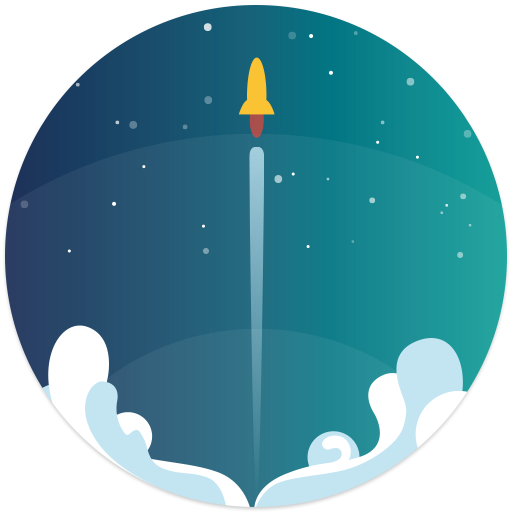 With Memrise, language learners are tested on all things spoken French, but it’s all part of a fun adventure that makes language learning an exciting and challenging journey. It begins:

“The Uniformist front is infiltrating the Multiverse… Soon, they’ll overthrow the Alliance and establish a rule of uniformity and hate… Welcome to the Alliance, recruit. To commence training, please confirm your credentials.”

As you can see, it’s certainly entertaining!

In this regard, Memrise is similar to Duolingo in that it makes language learning a fun, addictive and gamified experience for its users. It likewise incentivizes users to practice every day with goals and leader scoreboards.

It also offers good quality French pronunciation for every vocabulary word that it introduces to you. And its patented “mems” feature lets you add your own personal memory aid to every word, which can be super helpful with remembering French pronunciation. Memrise recommends you think about how the word sounds, what the sounds remind you of and what it rhymes with. All good habits for French learners who are improving pronunciation.

Unlike Duolingo, however, a lot of the language you’ll learn through this app is fairly casual. For instance, the first few words you’ll learn are salut (hi), which is a casual way of saying bonjour (hello), quoi de neuf ? (what’s new?/what’s up?) and condensed phrases like j’ai pas compris, which is the casual, truncated version of je n’ai pas compris (I don’t understand). This makes it the perfect app for French language learners who only want to learn casual conversation skills, and nothing too fancy.

The app does offer its users some interesting English translation choices, like “bottoms up!” as a translation for “salut !” But hey, this certainly keeps the language-learning process entertaining! 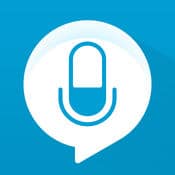 With this app, you can either type or speak the text that you want to know how to say in English (or any of a multitude of other languages) and the app will translate and dictate the word/phrase in French for you.

In this regard, the app serves a pretty unique niche. The app is great for French learners who like learning the language with the help of a dictionary or vocab book. This app essentially serves the same purpose as a dictionary, but with the added perk of teaching you how the French words are pronounced as well.

However, just like many machine translation services, the app certainly makes its share of mistakes. It’s much better with single words than it is with full sentences. For example, when I dictated “My father is not home” into my microphone, the app repeated it in French as “Mon père n’est pas maison,” a more-than-literal, grammatically-incorrect rendering of the English sentence.

Yes, of course, I could have said “My father is not at home” to clarify any confusion for the app, but regardless, this indicates that the app, like many machine translation services, isn’t quite there yet in terms of full sentence translation.

One cool feature of the app is that you can also save translations that you’ve already searched for, essentially creating your own offline personalized dictionary to use whenever you want. 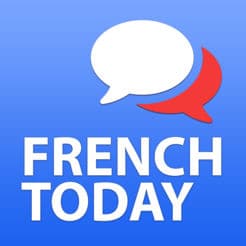 This app is part audiobook player and part textbook, and it’s tailored specifically to French language learners. Check it out and download your first free audiobook, the first installment of the series of audiobooks called “À moi Paris,” for free to see what it’s all about.

Each audiobook tells a story with characters and a plot. The app offers you the option of hearing the French text of the story dictated to you at various speeds (normal, slower or modern street French) as you read along with the text. The pronunciation is perfect, not at all robotic, and very clear. And you can also choose to read along with the French text, either with or without the English translations underneath.

Following each chapter, there’s a question and answer section where you can test your comprehension, and a study guide section with vocabulary charts and grammar explanations. (This is where the “textbook” part comes in!)

The app probably isn’t perfect for everybody. But the first installment of the “À moi Paris” series of audiobooks is free, so you might as well check it out and see if it’s the language learning and pronunciation tool you need to take your French skills to the next level!

There you have it, folks.

You’ve got nothing to lose with these free (or at least, affordable) French apps.

Give these a try and see how far you go with your French pronunciation!