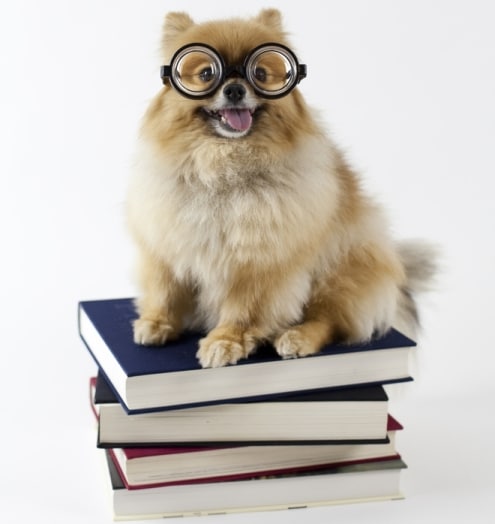 You’re sitting in the park writing the next great French novel.

Or maybe you’re just practicing writing out some of your first full French sentences—either way, it feels like a big undertaking.

Things are going well. Words seem to flow out of your pen with ease.

Even as an advanced French learner, able to write complex texts, you may suddenly find yourself in a pickle. Imagine that you forget whether “situation” is masculine or feminine. Such “beginner” mistakes happen to the best of us.

Now, let’s say you’re a perfectionist and you want to remember the gender of “situation” tout de suite. You could either leave your comfortable park bench to find the nearest WiFi hotspot, or you could pull a reference book out of your bag and quickly research your question.

There are many great reference books out there and, whichever you choose, you should make these your own. Write notes in the margins, place sticky notes on important pages, whatever. Books are meant to be used, not become fixtures.

Given the large number of French reference books in existence, the six I recommend here constitute a non-exhaustive list, presented in no particular order, but each book deals with a different aspect of the French language—and each one holds some unique benefits for French learners.


Top 6 Reference Books for Learning French at Any Level 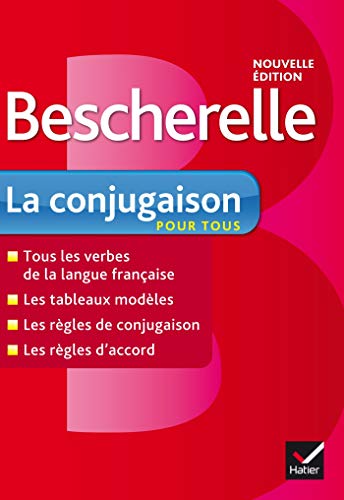 This is the most famous installment of the Bescherelle collection of reference books. I’ve used many conjugation books, but what impressed me about “La conjugaison pour tous” is how the material is presented. Whether you’re an absolute beginner trying to conjugate avoir or an intermediate learner trying to understand finer points of the subjunctive mood, “La conjugaison pour tous” offers everything you need to know about verb conjugations.

Not only does “La conjugaison pour tous” cover as many verbs as even the best online conjugators, but each entry goes above and beyond by giving contextual information about how the verb is used. All tenses are given, plus additional information often not found in other conjugation books.

Because verbs that have the same endings are generally conjugated similarly, a model of each verb conjugation is provided. Verbs are given in an alphabetical list that point to the model conjugation for that type. Irregular verbs are clearly indicated with explanations of how they differ from the standard model. 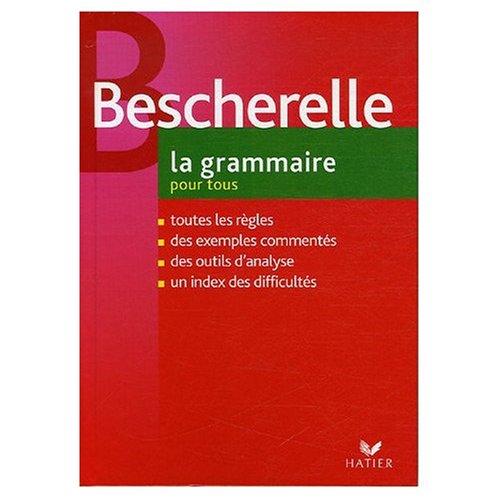 Another popular installment in the Bescherelle series, “La grammaire pour tous” is a popular book in French immersion schools with millions sold. 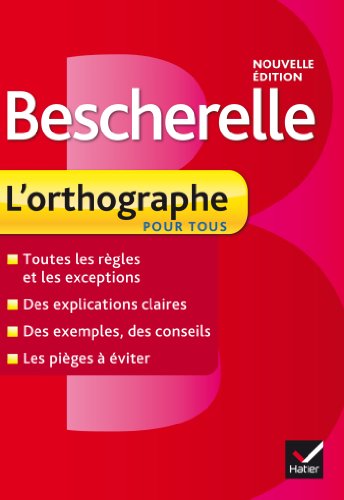 This Bescherelle installment is far more than a simple dictionary. “L’orthographe pour tous” helps you memorize French spelling by grouping together words that are spelled similarly.

This book explains different methods to write a given sound, in addition to providing lists of homonyms (words with similar pronunciations but different meanings) to be aware of.

Each word in the glossary includes a number which directs you to its entry containing its etymology and the spelling rules for the word group it belongs to. “L’orthographe pour tous” is, in my opinion, one of the rare books that goes beyond mere memorization to help you organize your study of French spelling. 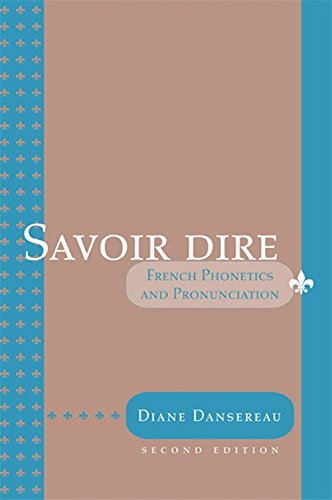 Even if you’re already taken classes to improve your pronunciation, “Savoir dire” serves as a great reference book for spoken French.

Pronunciation remains one of the greatest stumbling blocks for French learners. Many letters can compose a single sound, and a single sound can be written in many ways. What’s more, transitions between syllables can be almost imperceptible to the non-native ear. “Savoir dire” breaks down complicated words into easily repeatable sounds demonstrated in an included CD and by teaching you to…

To describe in writing how a word is pronounced, dictionaries provide seemingly incomprehensible symbols known as the phonetic alphabet. “Savoir dire” goes one step farther back and teaches you how to pronounce each symbol first—critical knowledge for pronouncing unfamiliar words.

More than just teaching you how to pronounce French, “Savoir dire” explains how to use your mouth like a francophone when you speak. For example, you’ll get to learn how French people use their tongues differently than Anglophones do. Your pronunciation doesn’t necessarily have to be identical to a native French speaker’s pronunciation, but it can at least be correct and understandable. 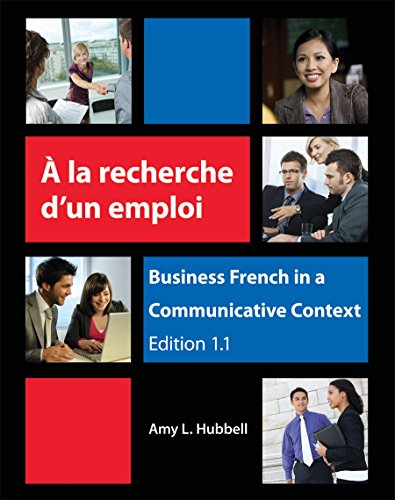 Of all the books presented on this list, “A la recherche” provides, I think, the most practical, everyday information. Advanced students gain insight into the French workplace, and the examples of French business correspondence make this textbook a great reference book to have on hand.

From the beginning of the book, you’re put in the shoes of an international student in a Francophone university who wants to launch a career abroad. To do this, you’ll first learn about economics and governance in your target country. Then, you’ll learn how businesses are organized and regulated. Finally, you’ll…

Also of note are hundreds of words used daily at the office, covering a range of domains including economics, technology, personal finance, etc. You’ll never be at a loss for words in the office again!

“English Grammar for Students of French” 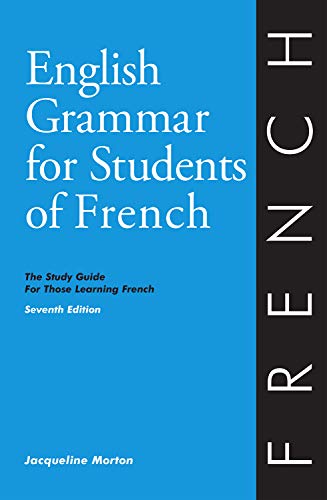 It’s not counter-intuitive to review English grammar while learning French because French has so deeply influenced English that their respective grammar rules exhibit surprising similarities.

I’m not going to downplay this. French grammar is complicated. Just when you think you’ve mastered one area, you’re introduced to a new concept that’s innately hard for Anglophones to understand (I’m looking at you, subjunctive mood!).

Most textbooks don’t explain French grammar by comparing it to English, leaving students scratching their heads trying to understand when to use certain constructs. Granted, there are many great reference books for French grammar, but “English Grammar” sets itself apart by offering concise explanations and examples tailored to English speakers.

Prospective writers will find examples of virtually every construct practical to learners, each with a direct comparison to its English equivalent. What I most appreciated was that “English Grammar” stresses that translations must be contextual, not literal, meaning that you can’t translate word for word.

“English Grammar” is best used as a companion to other reference books that present the French language in greater detail. However, reading it from cover to cover won’t take long and will give you a solid base in the grammar of both languages.

The reference books you choose are up to you.

I own and use often the books I’ve mentioned because, together, they provide an excellent overview of written and spoken French.

As a caveat, these books are mostly geared towards intermediate and advanced speakers, and some of them are only available in French.

That being said, if you’re up for a challenge that shouldn’t stand in your way!

Grab these reference books, and let them join you on your French learning journey.

Time Traveling in French: The Essential Guide to the Grammar Rules of Past Tenses
Polish Your Conversational French with These 5 Golden Nuggets of Wisdom