Learning a foreign language is kind of like going to the gym.

You only make noticeable progress if you train regularly and strategically, with the right tools and techniques.

You wouldn’t expect to get swole just by picking up a barbell from time to time, would you?

It’s no wonder so many people hire personal trainers.

And learning a language is no different!

When you need serious language abilities fast, there’s no better option than turning to the professionals for serious foreign language training.

Why Invest in Foreign Language Training?

It really is never too late to learn a new foreign language. Doing so immediately opens up new things you can enjoy, from music to travel destinations to trashy television shows.

Not only does it have cognitive benefits, but learning a new language can be an amazing self-confidence boost as you gradually connect the pieces and start to understand an exciting method of communication.

Regarding your career, the connection between more skills and more money is clear in any language.

Some employers will pay you more simply for being multilingual.

For certain jobs, the benefit may not be as tangible. Instead, your boss could ask you to read foreign reports or sit in on conference calls. The skills built through that extra experience are ones your monolingual coworkers will be missing out on.

Flex Your Language Muscles Through These 6 Foreign Language Training Programs 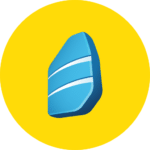 Rosetta Stone has been one of the biggest names in language learning software for more than a decade.

How have they kept up with so many new players constantly entering the field? First, by continually improving the technology behind their core product. Second, by introducing an expert, personalized tutor program.

The selling point has always been that the user learns through associating words and sounds with images in a very natural way. From the beginning, the user learns to distinguish between full sentences and even create their own to describe different situations. With every exercise, you can test your pronunciation with a special voice recognition system.

A subscription to the Rosetta Stone service includes payment for a set of live tutoring sessions with educated native speakers who do their best to speak zero English with you during your lessons.

Furthermore, there’s an additional product called Rosetta Stone Catalyst, designed for businesses with whole teams of people learning at the same time. You may be able to ask your employer to cover the course as a business expense! 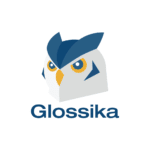 A relative newcomer to the foreign language training game, this web-based startup from Taiwan is making waves among the more serious language learning community.

The idea is that by listening to and repeating thousands of native phrases that slowly increase in complexity, you’ll assimilate all the necessary structures you need for basic fluency. After enough training, you’ll effortlessly be able to apply new vocabulary to the patterns that you’ve mastered.

As of early 2019, Glossika had 64 languages on their platform, including small minority languages such as Catalan, Manx and Taiwanese Hokkien. Many of them are available as source languages, meaning that a native Bengali speaker can learn Russian in their own language, for example.

The courses are extremely configurable, and at the end of a lesson you rate each sentence for difficulty. This information goes into a database that subtly adjusts the upcoming lessons for your learning speed—and makes inferences for how the course should be delivered to newcomers.

One of the best ways to learn to speak like a native is through immersion. And no one does immersion-at-home better than FluentU!

Each video comes with annotated subtitles, interactive flashcards and quizzes that evolve as you learn. That means your experience is 100% personalized! FluentU even offers progress-tracking tools and video suggestions based on what you’ve already watched. This makes it easy to work toward a specific goal, such as traveling to a new country, studying abroad or working for a foreign company.

Access FluentU’s full video library on your web browser or, better yet, download the app at the iTunes or Google Play stores to learn on the go!

The aforementioned software solutions are pretty astounding, and they can certainly increase your proficiency when you put in the effort.

But if you’re more of a classroom learner, you’re in luck! There are plenty of amazing programs out there for people who prefer to learn in person. The following programs’ teachers are world-class, and they’ll be able to guide you both in the classroom and with materials for your own self-study at home. 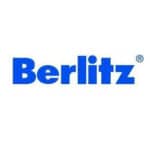 Are you in a foreign country where you don’t speak the language? Berlitz is here to save the day! Berlitz has been a respected name in the language-learning community for decades, so you know you’re receiving a quality education abroad.

The Berlitz Method is known for immersing students in a language through conversational teaching. Countless schools around the world have taken on the Berlitz Method in their classrooms. But when your career or studies are on the line, why settle for second best? If possible, enroll in the original immersion-style school!

In the U.S. alone, Berlitz has schools in 20 states and nearly 50 cities. Worldwide, it has expanded to more than 500 schools across 70 countries. Almost all locations offer English as well as the local language—at the bare minimum. 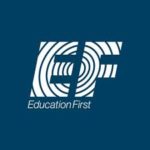 Education First, or EF, is widely respected in East and Southeast Asia for being a high-quality school for ESL students. But EF does a lot more than teach ESL. It also offers programs for travel and culture in addition to various foreign languages for English speakers.

EF was founded in Sweden with the vision of being more than just a language school. Before long, it also began to offer cultural excursions and immersion trips to other countries, which help its students take the language out of the classroom and onto the streets.

EF has sailed past the 500-school benchmark and employed more than 20,000 teachers worldwide. If you want a foreign language training program that offers more than just a classroom, check out EF! 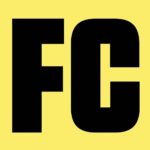 New York City is one of the most multilingual cities in the world. It’s not unheard of for public schools alone to have students who speak dozens and dozens of languages in total.

If you’re in NYC (or a few other select cities), why not open these languages up to your own ear with some top-quality classes through Fluent City?

Fluent City specializes in hiring outstanding teachers who are usually polyglots themselves, so they know firsthand of the struggles that the students are going through.

They also pledge to keep group classes small and focus on communicative competence. Each course has a description of what you’ll be able to do when you finish, and you can even tailor private lessons to focus on what you specifically need for your career.

Fluent City isn’t yet a worldwide company like the other in-person training programs on this list. However, it does offer classes in major cities across the U.S., including New York City, Chicago, Washington D.C. and Philadelphia. This is convenient for American learners who want to immerse themselves in a foreign language training program but don’t have the time or money to travel abroad.

When I recently assessed my own foreign language skills, I realized that I’ve never actually attained proficiency in any language without instruction from a program or teacher.

Are you the same way? Stuck in a rut without much progress? Looks like it’s time for some foreign language training!