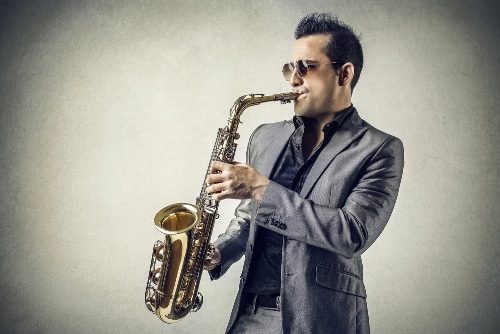 5 Noteworthy Teaching Ideas to Jazz up Your Spanish Lessons

Think of the last time you had a class that just didn’t go as smoothly as planned.

We’ve all had them, right?

It could have come down to a personality clash, maybe it was disruptive students or perhaps it happened because the material wasn’t your most exciting stuff.

Whatever the reason, don’t despair!

With just a few bright ideas you can bounce back from a tricky classroom situation and get your students to spring into life.

So to add some pizazz to your teaching, we’ve got five creative ideas to share, that are truly out-of-the-box!


5 Noteworthy Teaching Ideas to Jazz up Your Spanish Lessons

1. Personalize Lessons by Letting Students Be the Teachers

Generally speaking, the number one reason that educators lose control of a classroom is because they fail to get students excited about the subject. Unfortunately, not every student is naturally interested in linguistics, but it’s important to remember that every student is a person with their own interests, hobbies and passions. You can use this to your advantage, by personalizing material.

And to find out what your students are interested in, a great activity is to have a student lead a section of the class. Select a capable student, and let them know that for twenty minutes of the next lesson, they get to decide the conversation topics you discuss, the Spanish language texts that you read, the grammar games that you play, which materials to bring into the classroom or even the film clips that you will watch as a class.

You can modify specifics (length of time, activity) to fit your class’s needs, but the main point is that a student has the opportunity to bring his or her passions into the classroom. So you’ll take a backseat here as teacher, but that doesn’t mean you can take a nap! Instead, pay attention to the interests that the student demonstrates, and be ready to step in with helpful suggestions should the teaching student run into difficulties.

If the students begin an animated conversation about soccer or cooking, for example, then perhaps it might be worth incorporating those themes into your next lesson plan. If the students respond positively to a Pedro Almodóvar clip, then you could include some more of his work in a future lesson.

2. Transform Your Class into an Interactive Game

Many students who are completely disengaged during Spanish class spend hours engrossed in online video games when they finish school for the day. If only there were a way to make the classroom just as engaging as a fantasy game world…

Fortunately, some bright spark has already developed an online educational role-playing game called Classcraft. Students design their own character, which collects points and levels up as they perform well in class. If students collect enough points, they gain access to power-ups. These power-ups have real-world consequences, such as the ability to eat in class or even to take notes into an exam. If students misbehave in class, they lose points for their online team, and even face real-world repercussions like detention.

Classcraft acts as an additional layer placed over your existing lessons in order to increase engagement. The content of your Spanish lesson doesn’t have to change at all, but now the students have an additional motivation that encourages them to perform at their best in the classroom. Remember to set the game to Spanish localization to increase immersion for your students.

And here’s a bonus tip for another way to immerse your students online: Introduce them to FluentU for a fun way to interact with Spanish in real-world contexts!

While you can definitely build lessons around FluentU, the online immersion platform provides students with engaging at-home practice, with fresh new videos being added every week!

3. Travel to Hogwarts with Harry Potter to Emphasize Similarities with English

Sometimes a class can become disengaged because they believe that Spanish is too difficult for them or that they don’t have what it takes to become Spanish speakers. So instead of scaring your students by drilling all the crucial differences between Spanish and English, why not try an activity that reinforces all the similarities?

A great activity for learning cognates and practicing understanding through context is deciphering the Spanish version of a well-known children’s book, such as “Harry Potter y la piedra filosofal.” It’s important that you choose a story everyone is familiar with, and that your students have a reasonable understanding of Spanish phonics.

Make copies of the blurb or an excerpt, and read it aloud as a class. First, have students underline all the words that they already know, which may be as few as 40%, such as casa, colegio and siempre.

Is Dudley abominable/abominable? Is Hogwarts a school for magia/magic? If they are reasonable suggestions, the students can start to build a list of cognates.

Lastly, your students can take a look at the unfamiliar words that don’t look like English words, and guess their meaning through context. If quidditch is an “especie de fútbol aéreo que se juega montado sobre escobas,” then the students can probably guess that escobas means broomsticks in English!

By this point, the students will have translated the majority of the page or sample, so congratulate them on completing their first page of Spanish fiction! Remind your students that they don’t always need to understand every single word—just the gist of the story is more than enough. Perfectionists can always look up the remaining words if they want, as well.

4. Have a Speedy Dictation Race with a Spanish Song

A dictation race is a favorite song-based activity among many Spanish students and teachers alike. If you have a particular grammar point or vocabulary set that you’d like to hammer home, then why not see if there’s a song that can do it for you?

The first step is to pre-teach the central vocabulary or grammar point of the lesson. This way you are priming the students to be receptive to the new language when it comes up in the song. Divide your students into teams and make sure they’re ready with pencils and paper. Play the song for your students from YouTube, but do so at triple speed! (In YouTube you can change the playback speed).

Your students gain points for every word that they can pick out and spell correctly. Play the song again, this time at double speed and then once more at normal speed, to give them a chance to complete their lists. If there are still some words that no one in the class has “caught” yet, go over the tricky parts at half speed. The winning team is the one that scores the most points!

The reason that you play the song multiple times is because you want the new language to get stuck in their heads. By dressing it up as a game, you make sure that your students are engaged in the listening activity. It also helps that songs are authentic Spanish rather than something produced solely for the classroom.

Check out this great one from Fifth Harmony for days of the week, which also contains some more difficult grammar for advanced learners too! For adult students only, this song by Calle 13 is sure to get stuck in your students’ heads, and it covers lots of interesting vocabulary in simple sentence structures.

When you are teaching a difficult class, it can sometimes feel as if you are hopelessly outnumbered. One method of evening the odds out a little bit is by bringing in some backup, in the form of an animated teaching assistant.

Oftentimes you’ll want to demonstrate a difficult dialogue, but being the only teacher in the classroom makes it a little awkward to say the least. Young learners are very happy for you to teach with finger puppets, but try that with a class full of teenagers and they aren’t likely to be impressed.

An animated teaching assistant, or Voki, is a great solution. Simply type the Spanish that you need it to say into the program, select “Spanish” from the language pull-down menu, and it’ll read the text aloud for you. You can plan it beforehand so that when it comes to class time you only need to press play.

There are a variety of different accents to choose from, including South American, Central American and European varieties, and it gives a much better sense of dialogue than if you simply talked to yourself! It’s possible to save as a file too, so you can even incorporate a Voki into your homework assignments.

So there you have it! While there may not always be curriculum time dedicated to some of these ideas, your class will appreciate you trying new activities on occasion. And with only a little tinkering, you’ll be able to tweak these ideas to fit your class’s learning needs.

Santiago Montero is the founder and director of a language school in Washington DC. He has also worked tirelessly to integrate the fields of education and mass media in Europe and Latin America for the last fifteen years. You can read about Santiago, his methods and his school at Spanish Tutor DC.