Teaching German is more than just teaching the language.

The goal of German lessons is to have students be able to walk up to a native German, say “Guten Tag” and then have a conversation.

Your students need to know German vocabulary, but they also need to understand German culture. And October is one of the best months to teach it.

That’s because October 3rd is Tag der Deutschen Einheit, aka German Unity Day. It’s one of the most important holidays in the country.

Christmas, New Year’s Eve or Easter may have a bigger commercial impact and a greater media presence, but they are not uniquely German. Unity Day celebrates the culmination of centuries of tumultuous history. It brings together all the strands of Germany’s past and of its many regions, and it weaves them into a tapestry that contains everything.

What better occasion to learn about German history and how to use it in your classroom?

German Unity Day is the key to unlock German culture for your students: and as you cannot teach a language without teaching its culture, this holiday is invaluable and incredibly useful for any German language classroom.

It’s also is a uniquely German holiday. In fact, it is Germany’s only national holiday.

All other holidays are determined by the individual states (although in practice, quite a few are observed everywhere at the same time). All over Germany, people engage in different ceremonies and rituals, from the Bürgerfest in Berlin to the host city with its presentations from all over Germany, and from the four Zipfelbund towns to the speeches by the Chancellor and President.

But when it’s October 3rd, it’s impossible to escape the spirit of unity that descends on the country.

Your students might be curious to learn about the festivities and the history, and more than that, they are likely to have a personal connection they don’t even know about. This October, use German Unity Day to restructure your sessions for the whole month, so that your students will have vivid memories of German history, language and culture.

German Unity Day commemorates the formal reunification of Germany on October 3rd, 1990, almost a year after the fall of the Berlin wall in November 1989. Germany was first unified in 1871, in large parts through the efforts of Otto von Bismarck, then split into West and East Germany in the aftermath of World War 2, representing the division between the Western-allied powers and the Soviet Union.

However, the holiday is not called Unification or Reunification Day. It celebrates a united Germany, not its history of scattered states or the post-war division. The unique nature of German Unity Day and its long history opens up wonderful teaching opportunities.

Here’s how you can teach German unity in your lessons this October.

Touch on the Fascinating History Behind German Unity Day

Start with a little excursion into history and give your students an overview of Germany’s timeline from Charlemagne up to the present day.

Then, have them explain in verbal or written form the meaning of German unity as opposed to unification and reunification. Grammar wise, it’s a good way to explore the different tenses with a worksheet, as it will concern the present state as well as events in the past.

The German public broadcaster Deutsche Welle offers great illustration with an article about the symbols of German unity. Let your students pick one individually or in groups, then have them explain the symbols in front of the classroom.

Have your students work together to describe and analyze the life of a fictional German citizen during the time of reunification.

Encourage students to illustrate with contemporary photos and newspaper clippings, and maybe have them present their result in form of a poster or a scrapbook.

Introduce Students to Germany Unity Day Through Its Host Cities

Are your students not satisfied with history, history and more history?

Even if you make it come alive through the stories of individual people and brighten it up with illustrations and videos, history can still seem pointless to some. After all, these events are in the past and long gone, aren’t they? What significance does it have today if Germany was split up or unified decades and centuries ago?

Well, a lot. But if you want to talk about contemporary topics with your students, German Unity Day is tailor-made to accommodate this. Every year a different city plays host to the celebrations (for example, Mainz in 2017, Berlin in 2018 and Kiel in 2019), and the host city stages an elaborate festival to celebrate the regional foods, traditions and customs of Germany.

You can also talk about German states, their capitals and major cities, by using a blank map handout to have your students fill in the 16 states. They can then build their vocabulary by describing them in relation to each other. 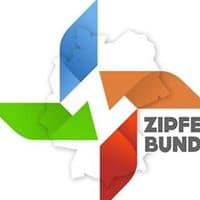 The Goethe Institut London has a large selection of worksheets and posters for several German cities and regions that you could use; but it is easy to pick a place and create your own worksheets for it. Keep in mind that there is something called the Zipfelbund, the four cities that lie at the utmost point in each cardinal direction and have their own celebrations on Unity Day.

Regardless of whether you are in Germany or not, you can help create a personal connection to German Unity Day for every student you are teaching. How? Well, it’s surprisingly easy.

First, ask yourself the following questions:

These questions aim to help build a connection between your students and German culture. From there, you can talk about the importance of German Unity and ask the class what they think unity means to people like their friends or family.

But what if many of your students don’t have a connection to Germany?

No worries. You can always cast the net wider by touching on the division of Germany and the German wall from the focal point of a much larger conflict, the Cold War between the US and the Soviet Union.

Regardless of your corner of the world, chances are that your students live either in a (former) Communist country, a Western/US-allied one, or a nation that was turned into the battlefield of these great blocs. Use this opportunity to talk about the Cold War, touching on the tensions between countries during that time period. Then bring it back to Unity Day by shifting the focus to German unity after the fall of the Berlin Wall.

Another way you can teach German unity is by getting students to research their own history.

Have each student go through the questions listed above, and ask them to research their own family history (or the history of their friends’ families). Give them the task to find their unique personal connection to German Unity, and have them write up or present their story to the rest of the class.

However straight or winded their path, it will really engage them and get them to learn German vocabulary, German grammar and German history without even knowing.

The Times Change, but History Repeats

German Unity Day can be used to talk about a variety of other topics and vocabulary lists. Here are two current events you can connect to German Unity Day:

The Berlin Wall and Trump’s wall: A great way to learn vocabulary and set up a debate between students; have them prepare their arguments in groups and then nominate their speakers, who will face off against each other about the differences and similarities between the German and the American wall.

Two Germanys and two Koreas: While the backstory and the countries are quite different, there are also some similarities between divided Germany and divided Korea. Have your students bring the two leaders of the time, Erich Honecker and Kim Il-Sung, face to face and have the class compare and contrast the two. It will make for an intriguing session.

Use historical documents, including video, audio and photos, to make your lessons engaging. You can also have your students read and translate the writings of contemporary witnesses, then discuss the translated reports together.

Germany has more public holidays than just this one; general ones with a German twist and some very specifically German ones.

Use a worksheet to teach the vocabulary for dates and numbers in German using the holiday calendar. Or create a handout with questions and have your students each pick a holiday to report on:

Another popular October holiday is Reformation Day, which is held on October 31st and is the anniversary of when Martin Luther nailed his ninety-five theses to the church in Wittenberg.

So with all said and done, go ahead and prepare some exciting sessions for the time around October 3rd! German Unity Day is only once a year, it is Germany’s only federally administered holiday, and you will find no other holiday like it.

Use its background, its significance, and the human stories connected to it to draw your students in, get their creativity going, and have them fly through that vocab and grammar in no time.