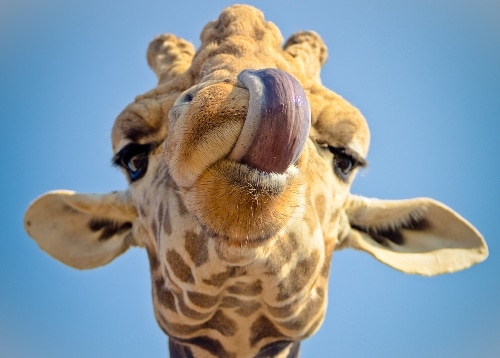 Do your students really want to be understood when they speak in French?

Are your students tired of those little phrase books for tourists that don’t really teach them how to speak like a native?

Do you wish there were a handy tool to make pronunciation practice entertaining?

Well, what if I told you there were a way for students to learn clear enunciation and good pronunciation, that also happened to be enormously fun?

There is: the ancient art of virelangues—French tongue twisters!

Why Use French Tongue Twisters to Improve Pronunciation?

So tongue twisters are clearly a wonderful addition to your French classroom, but how exactly can they be used?

Ways to Use French Tongue Twisters in the Classroom

The short, catchy nature of virelangues allows them to be used in an infinite number of ways. Here are just some ideas to get you started.

Tongue twisters make a great starter activity for any age group. Make it a habit to start each day with a different tongue twister. It helps the students to switch from their natural mode of speaking English to the seemingly artificial manner of pronouncing French.

Display a virelangue on the board. Initially, you will need to model the pronunciation and then encourage the students to repeat slowly after you. Then, you can gradually increase the speed.

When this activity has become familiar to the students, you can choose an unfamiliar tongue twister and allow a volunteer to recite it without any coaching. A confident student might even take over the role of teaching that tongue twister to the class.

The result will demonstrate the efficacy of practicing tongue twisters and encourage the students.  This is also a great way to introduce new words and it will generate some good discussion too.

Fed up with the tired, grumpy students in the last class on Friday? Good for re-energizing tired students, a short burst of chanting one of their favorite tongue twisters loudly as a class will help wake them up. You may even have problems silencing students as they leave the classroom, the chant still ringing clearly down the halls.

Here is a great team game that lends itself to using tongue twisters. Not only is it fun, but it forces every student to try and say the tongue twister. Divide the class into teams. Teams should ideally number more than five people in each.

The teams stand in lines down the length of the classroom and the first person from each team comes to the teacher who shows them a tongue twister written on a piece of paper. The students memorize the tongue twister, return to their teams and whisper it in the ear of the second person who then turns and whispers it into the ear of the third person and so on.

The team that gets to the last member the fastest has the opportunity of getting a point, but it requires the last person in the line to recite the tongue twister correctly. If there are any mistakes the point is lost.

Once your students are familiar with a number of French tongue twisters, you can create a great team game. This is easiest if you have a whiteboard in the classroom, but you could also improvise with the letters written on a blackboard and covered with pieces of paper.

With the class divided into teams, display the first letter of each word of a virelangue on the board for two seconds. The teams take turns guessing the tongue twister. If a student recites the tongue twister correctly, the team gets a point. If not, the team loses a point. Now display the next virelangue for no more than two seconds for team two and the game continues.

Getting Even More Value from French Tongue Twisters

You can extend the virelangue challenge and encourage your students to:

To get started with some of these ideas, here are seven of my favorite French tongue twisters and some ideas on how to use them to rapidly improve pronunciation.

(His cat sings his song)

This tongue twister is perfect for practicing that nasal singsong sound that English speakers struggle to master. Before you start with this tongue twister, have your students repeat “Gong,” “Gong,” “Gong” (sounds like “song”) with the mouth shaped like a fish. This will make it much easier for them to produce the nasal sound in the tongue twister.

You can also have your students practice differentiating between the silent “t” of “chat” and the sounded “t” of “chante.“ This rule of pronunciation can be difficult for English speakers to remember, so be sure to point it out to your class.

2. I Said, You Said Quite Rightly

(I say that you said [it] to Didi what I said Thursday.)

Explain to your students that English speakers tend to use the tongue more to enunciate consonants clearly, but that good French pronunciation requires the mouth to do more work.

You could make a close-up video of your mouth as you form the words and play it to the students. Ask the students to work in pairs or with mirrors to explore the way the mouth changes shape between je, dis, que, tu, l’as, Didi and ce, j’ai, jeudi.

(The wheel on the road rolls; the road under the wheel rests.)

Some students can say their French R’s naturally, while others might find it helpful to begin by making a deep-throated growl. Gradually they will be able to refine the use of the right muscles to roll with the best of them. Remind students that not everyone is physically capable of rolling their R’s.

Differentiate between sur and sous, and roue and rue sounds. Along with the changing mouth shape, bring attention to the placement of the sound forward in the mouth for sur and rue, and further back for the sous and roue sounds. Ask students to notice how the tongue really helps to place the sur and rue sounds forward towards the teeth.

Get your mouth around six, sous, ces and ça. These four sounds involve the mouth in a wide range of movements. Get the students to notice how the mouth is very narrow on six, but on sous the mouth becomes very cavernous. With ces, the mouth lies somewhere between these two extremes. Exaggerate the open quality of ça.

When practicing a word such as combien, hand gestures to match the placement of the sound in the mouth can really help. Demonstrate how the “com” starts deep in the throat, “bi” is much higher in the mouth and “en” is placed well forward in the mouth. Pointing to where the sound is coming from sends a strong psycho-physical message to the brain that helps students to develop a feel for sound placement.

The trick for these R’s is to get the tongue moving freely. Allow the class to repeat rapidly a series of “d, l” sounds observing the tongue flapping against the roof of the mouth.

Practice “patience“ patiently. Most English speakers struggle with the t which sounds like an s. Students can practice this with the French word science. Students who are still struggling could start with the English words, “a seance” and then introduce the “si“sound.

6. Know Yourself and Speak Your Mind

Differentiate between si/ce, je/que and suis/est. Ask your students to practice these sounds in the pairs presented to really get the feel of the mouth movements.

Explain that “si” is far forward in the mouth but “ce” is at the back. “Je” and “que” are very similar, as are “si” and “suis.” However, “est” requires a wide mouth with the sound placed forward. This sentence is also great for the different meanings that “suis” can take depending on context!

(Who are these six Swiss monkeys?)

Ask the students to move the mouth smoothly between sounds without any break in the sound. English speakers are so used to enunciating all consonants clearly and creating a gap between words: here it is important to aim for smooth song-like quality.

Tame these seven tongue twisters and your students will hear an enormous improvement in their pronunciation in a very short time. Such improvement will provide an enormous boost to the confidence of your students, and will inspire them to explore the beauties and the quirks of the French language for themselves.

This enthusiasm will feed back into your teaching, giving you the teaching joy and pleasure that you deserve.