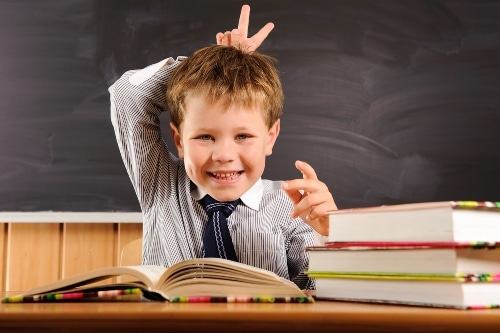 The teaching position of ALT, Assistant Language Teacher, is an interesting phenomenon.

That’s right, it’s not just a job — it’s a phenomenon.

It’s one of the most common positions in the EFL community (at least in East Asia) and comes with unique opportunities, benefits and challenges.

So, what exactly is an ALT supposed to do in the classroom?

Really, the duties for ALTs can run the gamut from total control of the class to human tape recorder.

There is one thing that’s always true about the ALT — they’re their students’ window to the world.

The Power of the ALT in the EFL Classroom

I think acronyms might imbue people with special abilities.

As an ALT, you’re truly in a unique position to help students and facilitate classroom English learning.

Ultimately, your experience will be determined by the individual school, grade, classroom and instructor to which you’ve been assigned.

Even if you’re the most awesome ALT history has ever known, it’s impossible to achieve a perfect work schedule. There always exists that class, the class that makes you cringe inside when you think about teaching it.

When you approach the room, you feel as if a giant invisible crowd is chanting “two men enter, one man leaves!” and you know that the next class period isn’t so much teaching as it is mental combat. Hopefully, there won’t be any physical combat involved, although I’ve heard of it happening to others.

The reality is that, regardless of how difficult a class is to teach, most often the difficulties can be boiled down to just a few disruptive students. It only takes 2 or 3 in a classroom of 30 or 40 (not uncommon) to make a class difficult.

This difficulty is compounded by infrequent contact (most ALTs see a class once a week or less). Some native teachers see their foreign, native English speaking ALTs as either a hindrance or a threat to their egos as the ultimate English experts. When you do have class time scheduled with these teachers, they make it even more challenging for you to get your job done.

The best way to get around this is to stay pleasant and kill them with kindness. Be the bigger person and remember that you’re there for the students. As an ALT, your role as teacher may be mostly absorbed by the primary instructor. This leaves you with free time and energy to move around the classroom and target students who need the most attention.

When dealing with difficult classes, the best approach I’ve found is to deal with the disruptive students rather than condone, ignore or placate. Handling these epicenters of disruption will usually eliminate most of your classroom’s difficulties and distractions.

However, not all difficult students are the same.

In my experience, difficult students tend to fall into one of four different general categories, each with their own sets of challenges.

You’ll probably encounter, in some form or another: the Genius, the Class Clown, the Thug, and the Challenged.

Of course, each individual student will be unique. However, these groupings serve to explain major characteristics of their behavioral challenges. Once you’ve identified the problem, you can find the solution.

With each group, the first hint I can give is to try and have a good working relationship with the native classroom teacher, forming a united team against the disruption. After that, though, each group has different needs and strategies to deal with. Let’s look at each one of them, along with some ways to best deal with students belonging each group.

The Genius, for whatever reason, has skills (or perceived skills) much higher than the rest of the class.

The reasons can vary. Perhaps they’ve been going to English lessons for years, and “this is a pen” lost its challenge at about the same time as tying shoes. Perhaps one of their parents is already a native English speaker, and the student has been listening to English their entire life. Regardless of the reason, the Genius is, frankly, bored. Boredom leads to disruption, out of a serious desire for mental stimulation.

There are a few effective ways to deal with the Genius.

Create challenges to get them motivated. If possible, challenge the Genius by giving them side work or assignments that are at their level, giving them a greater outlet for their skills. If the regular teacher will allow it, perhaps you can give them an extra challenging book or a writing assignment that pushes their abilities.

Recruit them as class helpers. If the previous strategy isn’t allowed in your classroom, keeping the Genius close by recruiting them into the class dynamic can be effective as well. For example, if there’s a role play to be done in class, have the Genius demonstrate along with you.

Give them a self-esteem boost. The Genius is great at what they do. They know the material better than anyone, but may not realize that they truly have a knack for this subject. Having the Genius demonstrate proper pronunciation or another skill can also get them into assisting the class, as it gives the Genius a chance to show off in a constructive manner.

Every class tends to have a Class Clown. Sometimes, these students are rather innocent in nature, who are using humor and disruption to alleviate boredom or stress. Sometimes, the Class Clown is using their humor to try and deflect attention from what they feel is their lack of ability or intelligence. As they say, “if you can’t be smart, be funny.”

Determine why the Class Clown is acting up. If the student is using humor to alleviate stress or boredom, some playing along or even recruiting the student into demonstrating can be very effective. The chance to perform allows the student to get what they want, while you have steered their energy into something constructive.

An insecure Class Clown requires a more subtle approach. Forcing such a Class Clown into a public performance situation will many times backfire on you, as the insecure Clown will retreat even further into their disruptive persona. Forcing the issue will result most often in sullenness at that point, and further problems with the class as you come off as a bully. Try to be a bit gentler with this type of student.

The Thug, regardless of the local terminology, is perhaps one of the most difficult to reach in terms of reducing disruption. Thugs are usually concerned with preserving their image as being tough Alphas of the classroom. Thugs can be both male or female, although the male Thugs tend to be more visibly disruptive, while female Thugs will work behind your back, egging others on in disrupting or screwing up your lessons.

Deal with their self image as Alpha. Many times used to disguise deep-seated insecurity, a lot of Thugs could benefit from having some good mentorship or psychological therapy. You’re not in a position to provide either. Depending on just how the Thug is threatening you, your response will vary.

Try to engage the Thug in a non-threatening way. Let them maintain their Alpha position. At the same time, help guide them to the understanding that their disruption is actually making them look less Alpha.

Another tactic is to demonstrate to the Thug that participating can better show their Alpha-ness. In any case, unless you’re threatened physically or sexually (it has happened to female co-workers of mine), don’t try to publicly out-Alpha the Thug, especially if you’re not a natural Alpha yourself.

You should always stand up for yourself against a Thug. While I advise not to try to directly out-Alpha a Thug, this doesn’t mean you should wilt under their disruption, or lean on the authority of the native teacher to handle things exclusively.

A calm, unruffled demeanor is the best. A good stare can work wonders, especially if you have the backup of your native teacher.

Don’t raise your voice. It’s quite common in Japan and other Asian countries for teachers to “discipline” students by yelling at them in very stern tones for minutes on end, berating them like a Marine drill instructor (besides, many Thugs come from verbally abusive households to begin with). After years of dealing with this, Thugs are immune to the effects of loud verbal corrections. In addition, depending on the nature of your local board of education, you might get in trouble doing this.

It’s a sad state of affairs but, in Japan, very little money is spent on what Americans would call “special education.”

Couple that with an educational philosophy that feels that you must have special needs children in class with the rest of their age group, regardless of educational challenges, and you have a daunting situation. One student comes to mind for me. While artistically gifted, he refused to speak to anyone in a conversational English class. I was very intimidated by the idea of trying to reach out to him and teach him properly, considering the fact that he wasn’t getting any of the outside help he needed to succeed academically.

In working with a special needs child in class, talk to the native teacher. If your school has one, make sure you talk to the special needs coordinator as well. Unless you’re trained in special needs education, use their advice and try to implement it into your lessons. If you’re not satisfied with their answers, go up your chain of command and try to find someone who can get you answers and advise you on what to do.

Proper classroom environments are essential to creating the best lessons you can. You can learn technical skills for teaching, but without being able to control the classroom environment all of those skills will most likely go to waste. Learning to identify your difficult students and what causes them to be disruptive can go a long way towards helping you bring those students into your classes while reducing their disruptive abilities.

Whether you’ve been handed a Genius, Class Clown, Thug, or Challenged student, each one of them can, in some way, be brought into the lesson. Once you manage to bring them into the loop, you’ll have made easier for you to teach, better for them to learn and better for the rest of the class to focus.