Not sure of your next move?

Trying to find a way out of your current media rut?

The great and terrible thing about media consumption is that we often get sucked into a labyrinth of new works to watch and read and listen to.

But it doesn’t have to be that way. If you’re also learning Chinese, we can help you with your next step.

Netflix isn’t typically known for increasing productivity, but when it comes to learning a language, it’s a wonderful tool. It helps facilitate language immersion at home by providing listening and reading practice (when you use subtitles). And learning Chinese with movies is a relaxing and fun approach to hearing language in context.

If you want to take your immersion experience a step further, don’t choose just any film; select one that’s based on a novel written by a popular Chinese author.

Watching Chinese movies based on books allows you to delve into the labyrinth of Chinese pop culture through film. You’ll get a glimpse into the Chinese literary scene, while also meeting some of China’s top directors and stars.


Why Watch Chinese Movies Based on Books?

You can speed up this process by getting your daily dose of Chinese learning and pop culture with FluentU.

Watch the movie once with English (or native language) subtitles

Since Netflix usually only has your country’s official language as a subtitle option, you probably won’t have the option of Chinese subtitles for Chinese films. Therefore, it can be difficult to catch certain words or phrases that you don’t recognize.

It helps if you become familiar with the plot first, using English (or your native language) subtitles so you understand everything that’s happening, and then re-watch the film without subtitles and focusing more on the Chinese dialogue.

The meaning of certain phrases can change drastically depending on their context. Therefore, it can be useful to have a series of reference scenarios in your memory as a way to confirm if you’re using a particular Chinese phrase correctly. Movies scenes are great example scenarios because they’re often realistic, use everyday language and are easy to recall.

So if you have a favorite scene, try committing a character’s lines to memory.

Find a copy of the movie script in Chinese

This can be a bit difficult, but if you can, finding a copy of a Chinese movie script can be extremely helpful for language learners. Sites like Simply Scripts post downloadable scripts for both English and foreign language movies.

Another option is to find downloadable Chinese subtitles for the movie online. You won’t be able to sync the subtitles with Netflix but you can likely open the file and read the dialogue on your laptop as if it were a script. This way, you have all of the words in front of you and makes it easier for you to look up works or phrases you are unfamiliar with.

Novels generally require longer time commitments than movies, but they’re excellent for practicing a foreign language. Reading books in your target language allows you to get familiar with syntax and increase your vocabulary.

5 Chinese Movies and Dramas on Netflix Based on Books 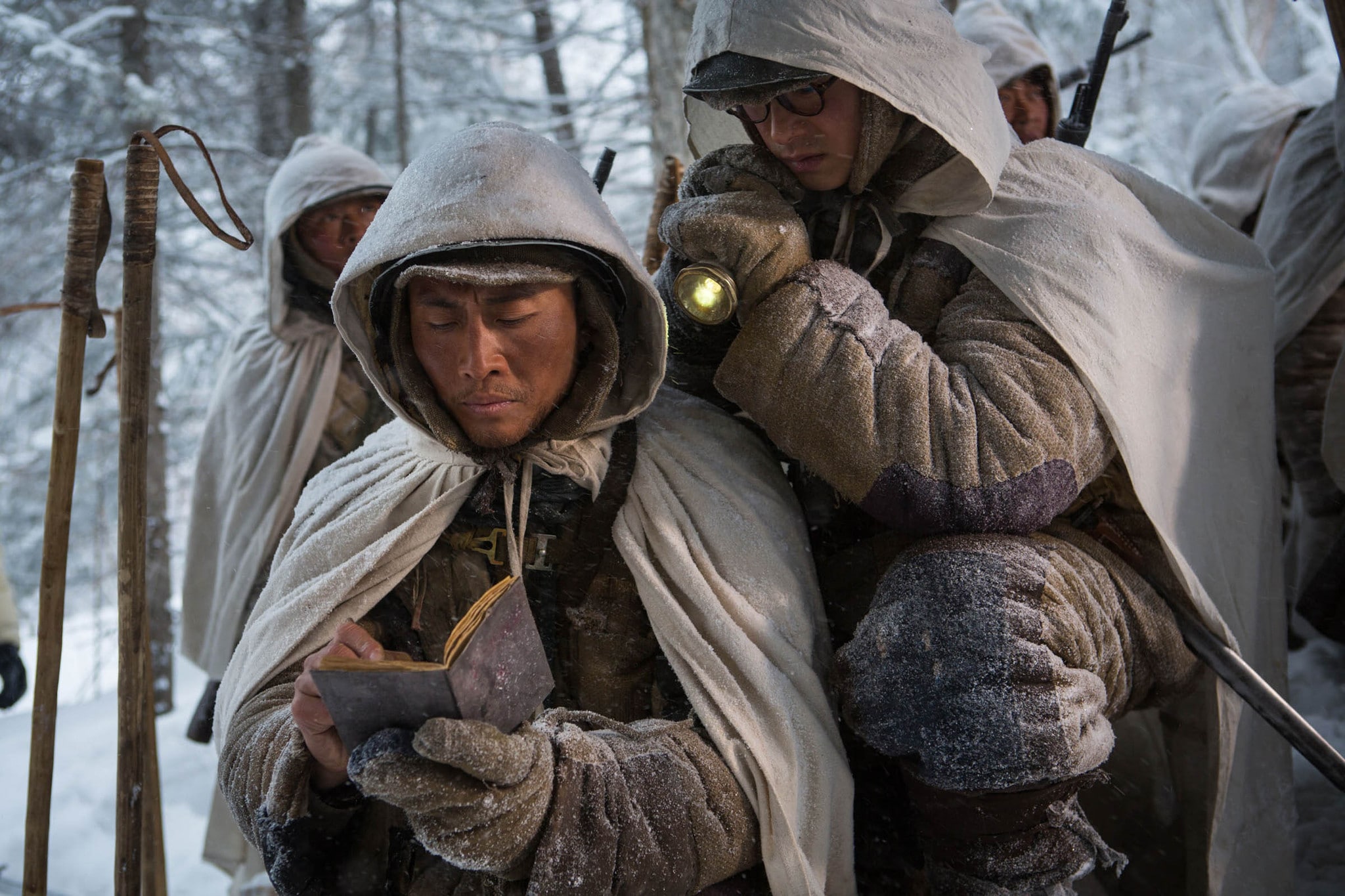 Based on the novel, “Tracks in the Snowy Forest” (林海雪原 lín hǎi xuě yuán) by Qu Bo, “The Taking of Tiger Mountain” is an enthralling portrayal of a small group of soldiers on a mission to retake land overrun by bandits.

The movie opens in the wake of World War II with Unit 203 of the People’s Liberation Army running low on food, clothes and other provisions  during winter. Nearby villages have been infiltrated and plundered by various groups of bandits, including one village where they encounter a boy who lost his family to these bandit raids.

Unit 203 decides to stay in this village to defend the residents against one of the big bandit chiefs, Hawk. One brave soldier volunteers to infiltrate the bandits and act as a spy so their small unit may have a chance at overtaking Hawk’s large criminal network. How will their spy fare in the midst of criminals? Will his cover be blown? You’ll just have to watch the movie or read the novel to find out. 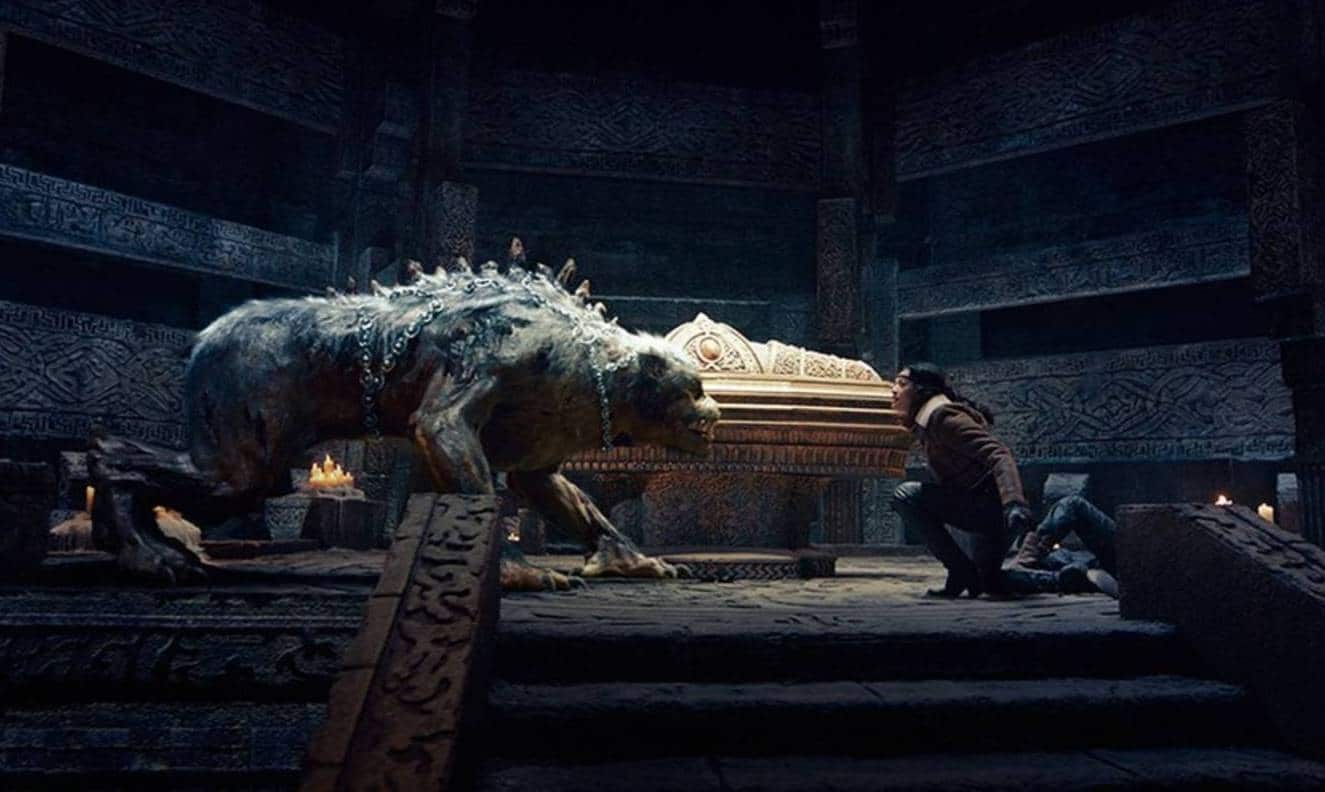 This movie chronicles the adventures of former soldier Hu Bayi (played by Taiwanese-Canadian actor Mark Chao), who works at an archaeological site on a snow-capped mountain in China.

One day there’s an explosion on site that leads to a cavern full of unfamiliar bones. An archaeologist explains that this site could be an ancient site of the mythical ghost tribe. Hu Bayi becomes more curious about this ghost tribe and teams up with the archaeologist and his daughter to discover more. 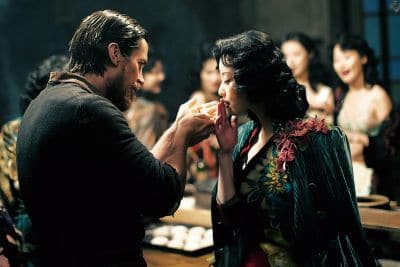 This film takes place in 1937 amidst the second Sino-Japanese War. The Japanese are taking over the city of Nanking and begin to carry out the brutal Nanking Massacre.

An American mortician, John Miller (played by Christian Bale), is in town to bury a priest of a Roman Catholic Cathedral when the Japanese attack. A diverse group of people end up seeking shelter at the cathedral including school girls, an orphan boy and prostitutes. Mistaken for a priest, Miller tries to protect everyone and come up with an escape plan. The girls begin to get to know each other and form some plans of their own.

Based on the novella “13 Flowers of Nanjing” (金陵十三钗 jīn líng shí sān chāi) by Geling Yan, this movie depicts the harrowing story of school girls seeking shelter during the Japanese invasion of Nanking and the bravery of everyone involved. 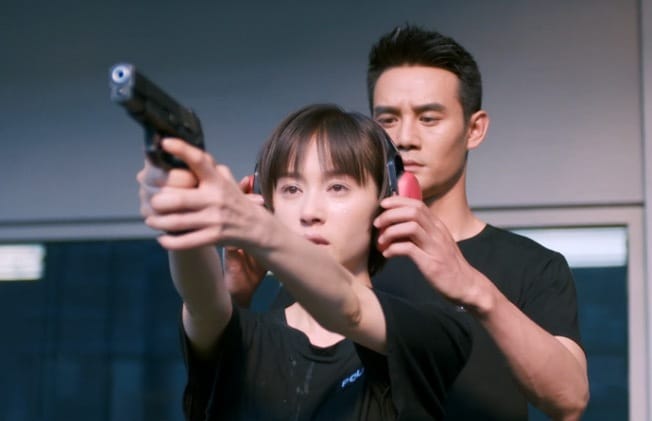 Based on Ding Mo’s novel of the same title, this drama follows the Ling Police Department as they solve a series of connected crimes.

Ji Bai (played by Wang Kai) is a detective in the violent crime division and gets charged with training Xu Xu (played by Wang Zi Wen), a new criminal profiler who is slow on her feet. Despite being unimpressed with each other at first, Ji Bai and Xu Xu come to develop a mutual respect for each other’s strengths and their professional partnership begins to blossom into something more. 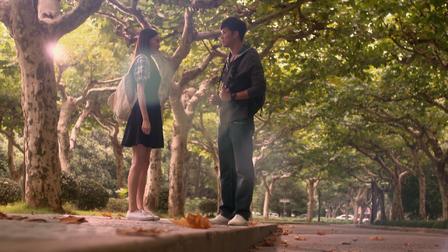 This drama contains many of the classical themes of a Chinese romance drama: uncertainty, jealousy, love rivals and a romantic relationship that overcomes it all.

Zhao Mosheng (played by Tiffany Tang) is a photography student who fell in love with He Yichen (played by Wallace Chung), a second-year law student, on her first day of classes in a new semester. After some time in young dating bliss, Yichen’s foster sister, Yimei, confesses to Mosheng that she loves Yichen. And since they have no blood relation but already live together, they’re destined to be married.

After a confrontation with Yichen, Mosheng decides to move to the United States to attend college and the two lose touch. Seven years later, Mosheng returns to China as a professional photographer and runs into Yichen. Once again, their lives become entwined and it may be more difficult than they think to deal with their feelings for one another.

No matter what genre of film you enjoy, there are plenty of Chinese movies based on books for you to choose from on Netflix.

Who knew Netflix would be just the thing you needed to propel your language skills to the next action-packed level?