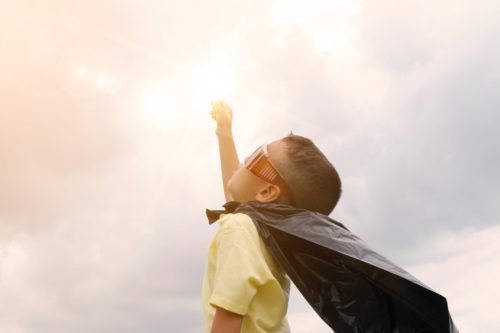 Mastering the Chinese “Le”: 8 Ways to Use This Super-powered Particle

了 has many superpowers. It can change situations, express time durations, complete an action and even be used to describe ongoing events.

With all of these varied uses, knowing when and how to use 了 can be tricky.

That’s where we come in.

Whether you’re a grammar nerd ready to tackle the 了 particle, or you feel you’ve reached your wit’s end trying to grasp it, stay tuned. Keep reading to learn all about the Chinese 了 and eight of its most common uses.

Studying grammar can be tricky. Unlike vocabulary, grammar involves learning sentence structures, patterns and particles, and then using them in real-life conversations.

Luckily, Chinese grammar is actually quite easy for English speakers, compared to other Asian languages. Mindblowing, right? This is because Mandarin Chinese grammar follows similar patterns to English grammar.

Learning particles is one of the most difficult parts of learning grammar because oftentimes, the target language has particles much different than our native language. And in the case of the Chinese 了, the particle has multiple usages.

Before diving into the eight most common uses of 了, let’s discuss some key tips for learning and mastering this mysterious Chinese particle.

In Chinese, 了 is divided into two types of particles: the aspect particle and the modal particle. This is because 了 is used in two different ways:

In Chinese, the aspect particle is also known as 了1 and the modal particle as 了2.

Remembering when and how to use which 了 can be a bit tricky, but never fear. Let’s dive deep into the uses of Aspect Particle 了 and Modal Particle 了.

The aspect particle 了 is used to express the completion of an action. It comes at the end of a verb in order to show the action has been done.

For example, note the difference between these two sentences:

Here are some more examples that show completion of an action:

In these sentences, the 了 particle is placed at the end of the verb because the action has been completed and is now in the past.

An important rule to know about using the aspect particle 了 is that it cannot be used in negative sentences. This is because the negation words 没 (méi) and 不 (bù) are used to make verbs negative.

If the sentence is negative (expressing how you didn’t do something), the particle 了(le) is not needed.

The modal particle 了 is used to express a change in a previous situation. It is used to differentiate a past situation from a current one. Some learners find it easier to remember by thinking of the particle 了 as meaning “now.”

For example, note the difference between these two sentences:

Or, here’s another example:

Unlike the aspect particle 了, modal particle 了 can be used in negative sentences. In this situation, many learners find it easier to think of the particle 了 as meaning “anymore.”

Mastering the Chinese “Le”: 8 Ways to Use This Super-powered Particle

Now that you know the difference between aspect particle 了 and modal particle 了, let’s get into eight common and simple usages of this interesting particle.

The sentence pattern “太 + 了” is used to express excessiveness. For example:

One of the very first uses of 了 you’ll learn as a beginner is that when it comes after a verb, it describes a completed action. Let’s take a look at some examples:

我去超市了(wǒ qù chāo shì le) — I went to the supermarket.

It’s important to note that when a list of things follows the verb, place 了 before the list.

The sentence pattern “subject + 都 + verb + 了” indicates that the subject has already done something. In this usage, a tip is to think of the particle 了 as meaning “already.”

By placing a 完了 (wán le) at the end of a typical subject + verb sentence, you indicate that the verb has been finished. This is called a complement of result.

This structure involves the modal particle 了. If you want to describe a change in a situation, simply describe the new situation and add 了 to the end of the sentence.

When the particle 了 is placed immediately after the verb and is followed by a timeframe, it indicates the duration of an event that happened in the past and has been completed. Note that when followed by an object, the verb must be repeated twice — once before and once after.

If the particle 了 is added at the end of the sentence structure in the previous example, the meaning becomes slightly different. Instead of indicating that the verb happened in the past and has been completed, it indicates that the action is still happening.

她在美国住了五年了(tā zài měi guó zhù le wǔ nián le) — She has been living in America for five years (and still is).

This sentence pattern means the action (verb phrase) is not happening anymore.

And there you have it: eight simple sentence structures using the Chinese 了.

Just master these patterns and we know you’ll have a great understanding of this multifunctional particle!

Brooke Bagley is a freelance writer and passionate language learner. She’s learned Mandarin Chinese for seven years, Spanish for three and Indonesian for one. Aside from languages, Brooke runs her freelance writing business, Writing & Thriving, and specializes in B2B copywriting, content marketing and holistic health and wellness.

How to Learn Chinese in 5 Minutes: The Busy Learner’s Guide
Mastering Chinese Dialects: How Many Are There and Which Should You Learn?