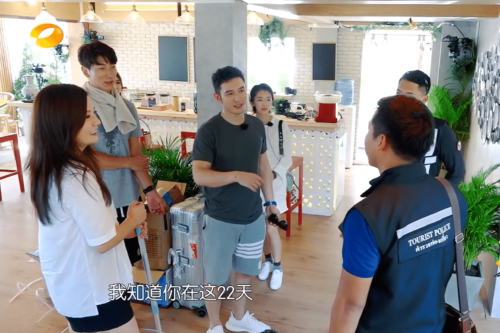 Bless the day that Chinese variety shows first came to be.

How else were we going to learn Mandarin while feeding our need for instant gratification?

Jokes aside, Chinese entertainment is a solid tool for improving your listening, reading and comprehension skills. It’s also great for learning a bit about Chinese culture.

But what exactly is a Chinese variety show?

How Can Chinese Variety Shows Help Me Learn Chinese? 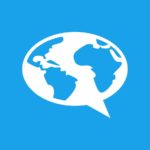 Looking for more entertaining content to liven up your Chinese study routine? Check out FluentU!

It’s an entertaining method to immerse yourself in Chinese the way native speakers really use it, while actively building your vocabulary.

This one is going to warm your heart and make you laugh at the same time.

“Where Are We Going, Dad?” debuted on Hunan Television is 2013 and has become a hit in mainland China and Taiwan. Unfortunately, English-speaking countries haven’t picked up on this adorable, entertaining variety show.

“Where Are We Going, Dad?” features stories of different celebrity fathers and their travels with their young children. Because the pairs live in big cities, they travel to rural areas in China to learn about different ways of life. The kids’ reactions to a totally new world are precious, and their bonding experiences with their fathers are truly heartwarming.

This show mostly focuses on fathers and their kids one-on-one, so there isn’t a lot of dialogue overlap. This makes “Where Are We Going, Dad?” a great choice for beginner learners. The show also includes Chinese subtitles to help you boost your Mandarin reading skills.

It’s credited with helping spread the popularity of rap and hip hop in mainland China in the few short years it’s been on the air. Within a month of its debut episode, the show gained nearly 1.3 billion views. Talk about incredible!

“The Rap of China” is a competitive variety show in which musical artists compete in rap battles for the chance to win a record deal. A ton of rappers from all over the world have made guest appearances on “The Rap of China,” as well.

This show only has Chinese subtitles and the Mandarin spoken is, of course, mostly rap. Because rap is performed so quickly, this show is a great resource for challenging yourself to comprehend Chinese in a super quick manner. Beginners may find this show a bit too complicated to keep up with, but at the very least, it will be entertaining!

We had to throw in a food-focused Chinese variety show, because what’s more addictive than a food show?

In this Hunan Television cooking variety show, TV-famous chefs work together to create incredible dishes with common ingredients. More often than not, things get a bit complicated and hilarity ensues. You’ll want to laugh and eat at the same time!

This show is available through QQ with Chinese subtitles, but you can find episodes on YouTube with English subtitles. Beginners can definitely enjoy “Chinese Restaurant,” but it’s wise to remember that this reality show involves a bunch of people talking at once consistently throughout the show. Think “Chopped” or “Iron Chef,” but without the intense competition. It may be a bit tough to keep track of so many things to translate at once.

This is one of the longest-running Chinese variety shows on our list—and for good reason! Since 1997, “Happy Camp” has been one of the most popular Chinese television shows in mainland China with an active viewership in the tens of millions. It’s also an award-winning show and responsible for numerous musical albums.

On “Happy Camp,” celebrities from all over the world, not just China, come together to participate in different tongue-in-cheek competitions. These competitions usually involve game show-style battles, musical performances, funny parodies and more. Episodes usually include interviews with the celebrities, too.

This show is great for Mandarin learners who want something to binge-watch that’s modern and topical. This is one of the best Chinese variety shows to watch if you want to learn about what’s popular in China and what modern culture is like.

Currently, you can find a few English-subtitled episodes on YouTube, but the show is only available with Chinese subtitles on MGTV.

Each episode follows a cast of celebrities, usually actors and singers, as they attempt to spend a day doing an unfamiliar job and completing difficult tasks. If the tasks are completed, the competitor gains a win. Otherwise, they gain a fail.

Tons of popular Chinese celebrities have been on this show, including Kris Wu, Li Chen and Fan Bingbing. If you’re a fan of watching famous people get put into precarious situations, watch this one!

“Challenger’s Alliance” is available online with Chinese subtitles. This one may be a bit tougher on beginner learners, as many people often speak at the same time.

Hopefully, at least a few of these unique shows will become a regular favorite of yours. Just try not to binge-watch the whole series in one day!