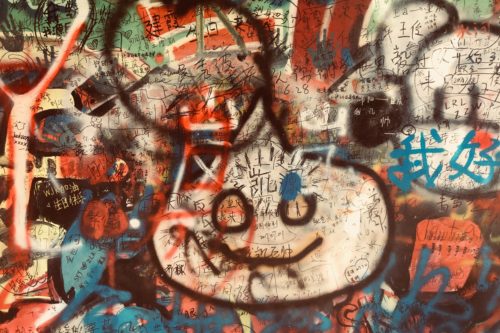 Like with any written language, there are various styles.

There are tons of fonts.

It’s a lot to deal with.

But learning the basics will set you up to handle all of those things.

“Basic” is the most important word here.

You don’t have to become a Chinese calligraphy master to write Chinese well.

A few basic rules and a few more basic characters will get you on your way, and that’s what we’re going to achieve for you right now, in around half an hour.

So set aside 30 minutes, and prepare to begin your journey into the world of Chinese characters.

Studying Chinese is an investment. Whether your Mandarin is for travel, business, education, family or another reason, learning to write basic Chinese will make the language more valuable and easier to remember.

These basics will also help you learn actively, increasing what you’ll remember. The characters stick better while the words are still fresh, so if you’re just starting out, this is the place to be.

The first thing to decide is whether you want to learn simplified or traditional Mandarin. Both character sets have value, so this can be a tough call. Here’s how to work this out.

The two questions to help you decide are:

If those two questions didn’t help, go with simplified. Simplified wins the tiebreaker because there are more people who use simplified than traditional and it’s easier to learn. 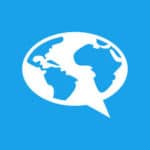 Whether you want to learn simplified or traditional Mandarin, you can start learning Chinese right away with FluentU.

The best part is that FluentU always keeps track of your learning, then suggests content and examples based on what you've already learned. In other words, you get a 100% personalized experience.

How to Draw 8 Basic Strokes

There are a lot of ways to count Chinese strokes. Some systems have as few as seven while others have as many as 37. Here, you’ll get eight, including a couple that are used in compound strokes (which aren’t as hard as they might sound).

Here are some basic strokes. As you learn each stroke, write each one five times, and say the name of the stroke out loud each time you write it:

Diǎn (点), which means “dot.” The stroke starts at the middle of the square and goes down diagonally to the right. Keep the stroke very, very short. After all, it’s called “dot.” Here’s a video from eChineseLearning that demonstrates this stroke.

Héng (橫) is the horizontal stroke. Start at the left middle of the square and draw a straight line across to the right middle.

(Side point: You just unknowingly wrote your first Chinese word. The single straight horizontal line is the character for the number one. Good job.)

Shù (竖) is the vertical stroke. Start at the top middle of the square and draw a straight line down to the bottom middle.

Piě (撇) is referred to as a “left falling stroke.” 撇 literally means “fling.” Start at the top middle and “fling” your stroke down to the bottom left.

Gōu (钩), which means “hook.” This is used in compound strokes. It’s rarely used by itself. The hook can stroke in any direction (see below). For example, the stroke xié gōu (斜钩) is a common stroke using the hook for which you would start from the top left, pull the stroke down to the bottom right, then flick your pen straight upwards to finish.

Tí (提), which means “raise.” Start at the left middle and swipe a short but deliberate upwards stroke, going to the right.

Nà (捺), which means “pressing forcefully.” Start at the top left. As you bring your stroke down to the bottom right, gradually add pressure.

We’ll now use what we know to write the character for “horse,” which is 马 (mǎ). In doing this, we’ll also introduce to you the last stroke of this article, called zhé (折), which means “bend” or “turn.” 折 seems like more of an instruction, but it’s an actual stroke.

How many strokes does the character 马 look like it has? It might look like six strokes, but there are only three. The first and second strokes are compound strokes. See how they work in this Chinese Characters video:

That probably seemed a little complicated, but consider this: An English learner will have to remember “three-quarter circle” and “short post” to write the letter “G,” but that’s only when initially learning to write it. When you write the letter “G,” do you think “three-quarter circle, then a short post,” or do you just think of the letter “G”? The goal is to know how to draw the character, not to memorize every detail about it. Knowing these strokes will give you a good grasp of how to learn Chinese characters.

This isn’t to say that the rest of the possible 37 strokes aren’t necessary, but these will get you started. The goal here is to help you learn to see the details of characters. Remember, this is about basics.

Try writing that “G” by writing the short post first, then the three-quarter circle. Now, write it how you usually do and compare.

The first step is to figure out the character’s orientation before trying to write. It sounds simple, but it’s an important step. Some characters have components on the left and the right. Others are top to bottom. The really crazy ones are top to bottom with some left and right mixed in, but we’ll save that for the “Learn to Write Insane Chinese Characters” article.

Here are some examples to help you see the top-bottom and left-right concept in characters:

Let’s use four basic rules to write a couple of these characters.

Remember PEMDAS from math class? That’s the order of operations for a math equation. Sorry if that brought back bad memories.

Chinese characters also have an order of operations: top to bottom, left to right.

Let’s take 你 as our example.

The bottom right has a compound shù gōu, then a piě to its left, then a diǎn to its right.

First, you draw your shù gōu to create a center point for the character.

Then comes the symmetry, with the piě and the diǎn being equally distanced from the shù gōu.

Let’s take 思 as our example. Again, we start at the top. Since the character has no left-to-right structure, we’ll write it from the top down.

The enclosure starts with a shù on the left, followed by a héng zhé to its right. Note: The héng zhé is one stroke, so these two strokes are considered left-to-right. That’s why we didn’t start with a héng at the top.

Now that we have the outline of our enclosure drawn, let’s fill it. Within the enclosure, draw a héng, then a shù.

Now that the enclosure is filled, let’s close it by drawing a héng.

We’ll finish by drawing the 心 at the bottom. Note: A lot of characters use 心 as part of their structure, so this is a good one to learn.

The left has a diǎn.

Then you finish with two more diǎn.

When we filled in the enclosure in Rule 3, we drew the héng first, then the shù. That may seem a bit strange since the top of shù is higher than héng. That’s because they overlap. When strokes overlap, the longer one is written last. It’s not common for strokes to overlap, but héng and shù often do. These two characters actually combine to make the character for the number ten (十 — shí).

Tips for Continuing to Learn and Practice Your Chinese Writing

Tips for Getting Started

The 讠means “speak,” so most characters with this component have something to do with speaking.

So You Don’t Plateau

Take the simplified character for country 国 (guó), which is made up of two components: 囗 (wéi — enclosure, in this case referring to a country’s border) with 玉 (yù — jade) in the middle. The traditional character is 國, made up of 囗 (wéi) with 或 (huò) in the middle. 或 (huò) is a pronunciation key, helping you remember the character has a similar sound. Both components play a part in the traditional version. Although the traditional character is harder to write and may be less used, it still helps to understand what was going on when that character was created, even if there’s no real reason to learn to write it.

The foundation is the most important part of any learning endeavor. If you know how to learn something, you’ll learn it a lot faster.

After this article, you’re now equipped to face the challenge of Chinese writing head on.

Focus on the basics and learn them well, and you’ll be writing fabulous Chinese in no time!