Reading manga is a very chill way to learn Chinese.

Well, chill for you, anyways.

The characters are always getting into some crazy drama.

I’m talking everything from secret high school romances to warfare between gods and humanity.

But you get to enjoy all the action—while also supercharging your language skills—from the relaxing comfort of your favorite reading nook.

Think of it as productive laziness.

Sound like a fun way to learn Mandarin? We’ll get you started with seven of our favorite, totally captivating Chinese graphic novels.

But first, what exactly is Chinese manga and how can you really benefit from reading comic books?

What Is Chinese Manga?

Reading manhua can help you improve your fluency in several ways:

Have a notebook and Chinese dictionary or translation app handy when you sit down to enjoy some manhua. If you run into a character you don’t understand, immediately look it up and practice writing it. This way you can increase your vocabulary while enjoying a good comic book.

The visuals provide helpful context for the language. This makes new words easier to grasp and more memorable, since you’re learning them within an interesting narrative. It also makes for a great stepping stone to bring your reading comprehension skills up a level.

If you benefit from this type of multi-dimensional learning, you should also check out FluentU—which teaches language through authentic, entertaining Chinese videos. You can watch real music videos, movie trailers, inspiring talks and more, which’ve been supercharged with language learning tools.

Each video comes with interactive captions you can click for an instant definition and native pronunciation. Just like with manga, this makes the new words easier to remember (but FluentU also provides flashcards and exercises to further support your memory). FluentU personalizes the experience by suggesting new videos based on what you’ve already watched.

Check out the FluentU free trial to diversify your learning between manga reading sessions.

If you aren’t advanced enough to read pure untranslated hanzi, you can still benefit from reading manhua in English. You won’t learn very much about the Chinese language, but you can learn a bit about Chinese culture from various manhua stories. Learning about Chinese culture, literature and art can only improve your knowledge of China in addition to learning the language. 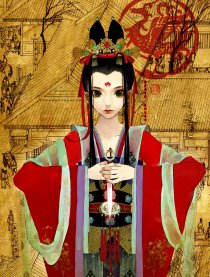 Where to read it: The original Chinese version of this manhua can be read in its entirety at u17.com. You can read the series in English over at Manga Rock.

Also known as “Chang Ge’s Journey,” this manhua from author 夏达 (xià dá) — Xia Da spans 61 chapters and follows the story of a young princess. After her family is killed during a coup, she dresses as a boy and assumes a new identity as a military strategist in order to exact revenge on those that destroyed her family. Think “Mulan” but with a much darker atmosphere.

“Song of the Long March” has brief dialogue, so consider this a good manhua for intermediate learners or even beginners.

Where to read it: You can search for the paperback edition in Chinese from Amazon. The translated version can be found at Manga Rock.

This slice of life manhua has it all: comedy, romance, LGBT characters, drama. It’s almost perfect.

In “SQ: Begin W/Your Name!” two young closeted girls fall in love with each other in high school while dealing with all the typical drama that adolescents have when it comes to hormones, friendship, bullying and identity.

The dialogue in the manhua is simple, but there’s a lot of it. Definitely a good choice for readers with more a substantial knowledge of hanzi. 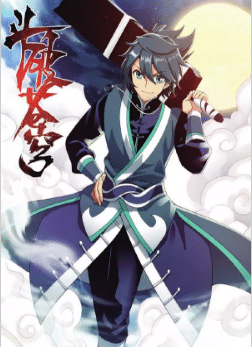 Where to read it: “Fights Break Spheres” can be found in Chinese at ManHuaTai and in English at Manga Rock.

This manhua is also known as “Battle Through the Heavens.” Fighting prodigy Xiao, a young man with the ability to use magic, suddenly loses all of his powers to a great and powerful spirit. This spirit has sapped Xiao of his magical energies in order to create a body for himself.

Things get even more complicated when Xiao’s fiancée refuses to marry him unless he can best her in battle. In order to get stronger, Xiao begrudgingly trains with the very spirit who took his powers away.

It’s definitely an action-packed read with very simple and brief dialogue. An ideal choice for beginners and intermediate hanzi readers. Advanced learners can still enjoy this manhua as well, albeit more for leisure than practice.

A live drama adaptation of this manhua is also in the works. 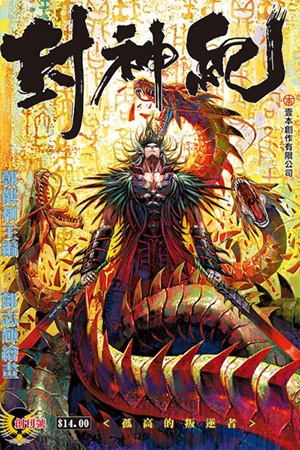 Where to read it: You can read “The Legend and the Hero” in Chinese via ManHuaGui. An English version can be found at Manga Rock.

In “The Legend and the Hero,” gods and humans live in the same world. During the Great Shang Dynasty, the gods don’t find favor in the new emperor. Instead of stepping down at the gods’ request, the emperor decides to launch a massive war against the gods to free humanity from their control once and for all.

Since this manhua has more of a focus on battle scenes and art, the dialogue is pretty minimal. Yet another great pick for beginners or intermediate learners. 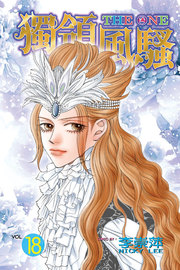 Where to read it: “The One” is available in Mandarin at ManHuaGui and in English at MangaKakalot.

Taiwan is a hotspot for manhua artists and writers right now. This gem is just one of many great manhua to come from Taiwan.

In “The One,” Lele is a young woman who was born into the wild world of the fashion industry. Her mother and father were once Taiwan’s greatest high-fashion models until a tragic accident killed them both. Lele thinks fashion is vain and pointless until her aunt, a fashion agent, sucks her into the industry.

The art style of this manhua is unique and is definitely appealing to young girls or anyone who enjoys the fashion industry. There’s quite a bit of dialogue, some of it complex, so advanced learners can benefit the most from this manhua. 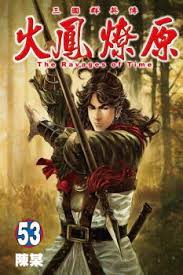 Where to read it: Read “The Ravages of Time” in hanzi at ManHuaGui and in English at MangaHasu.

This manhua is a modern adaptation of the 14th-century epic 三国演义 (Sānguó Yǎnyì) — “The Romance of the Three Kingdoms.” This series is packed with warfare, politics, military tactics and ultra-dramatic storytelling.

Because of the complex storytelling and extensive dialogue, this manhua would benefit advanced Chinese learners the best.

Keep in mind that this manhua is a crazy long read that spans nearly 500 chapters! 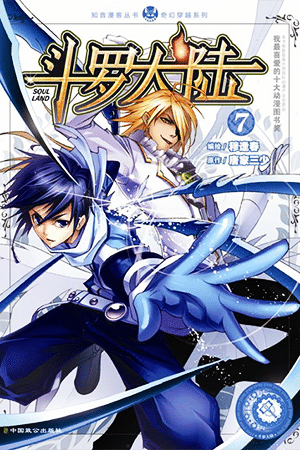 Where to read it: Read “Combat Continent” in Chinese at u17.com and in English at Manga Rock.

This manhua is another action-packed read with more of a focus on martial arts and storytelling.

In “Combat Continent,” a young fighter betrays a famous martial arts sect and attempts suicide by jumping from “Hell’s Peak.” But that’s only the beginning of this ultra-surreal story.

The dialogue of this series is easy to read, so all types of Chinese learners can enjoy “Combat Continent.”

Now that you have a decent library of manhua to read, you can begin your journey of improving your Chinese fluency right from the comfort of your couch. Don’t forget your 笔记本 (bǐ jì běn) — notebook and 字典 (zì diǎn) — dictionary!

Keep in mind that many of these Chinese comics are quick reads, so you may find yourself wanting to increase your collection pretty quickly. Like Japanese manga, these books are addictive!