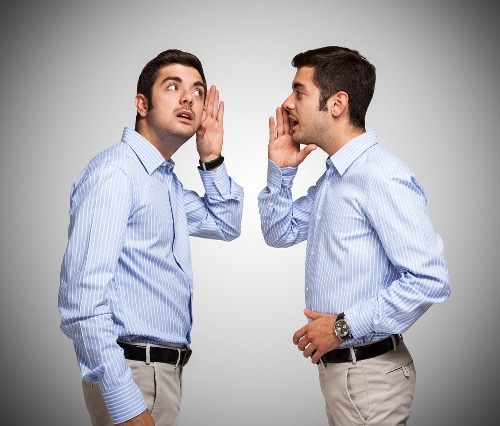 Solo learning is a great way to boost your Chinese ability.

Classrooms are practically things of the past for learners of Chinese. For many, online learning resources and new study techniques have replaced expensive classes, schools and private tutors.

The 21st century is indeed the age of solo learning!

Part of the reason for this kind of learning gaining popularity so quickly is that it has many advantages over more traditional, class-based learning. It’s more convenient for people who are already living busy lives, as apps and programs allow people to learn on the go and on their own schedules.

What’s more, it’s much more enjoyable than traditional learning, with many approaches allowing learners to entertain themselves as they learn.

Finally, solo learning is also significantly cheaper than taking formal lessons, with most resources being freely (or cheaply) available online.

So, what are some of these great new methods for solo learning?

While there are really too many to count, here’s a short list of some of the most popular techniques.

All of these methods and many others are great ways to learn Chinese.

This being said, learning on your own creates its own set of unique problems which you’ll need to overcome. Many of these problems arise from a lack of the two key things which you gain from a classroom environment: Structure and speaking partners.

Read on to discover the 5 most critical problems faced by solo learners and how they can be quite easily overcome.

In a classroom, you’re always hearing Chinese being spoken, either by your teacher who’s often trying to create an immersion environment, or by fellow students who are doing their best to practice the language.

When learning on your own, this element is often lacking, especially if you’re focusing on learning grammar or vocab rules from a textbook or an online equivalent. This can be problematic, as a learner will eventually have the ability to write well in Chinese, but will never develop the skills to communicate in an environment where they have to listen and respond to people’s questions.

Solution: Use Chinese online multimedia resources to practice listening in an entertaining way.

This problem can be alleviated through variation in how you study. Rather than using text-based resource for all of your study time, why not use some audiovisual material as well?

Through listening to Chinese radio programs or watching Chinese TV on video sharing websites like Youku, you can easily practice these vital listening skills and at the same time have a whole lot of fun.

Problem: Outside of a classroom, many learners don’t structure their learning properly.

As previously mentioned, solo learners can very often suffer from a lack of structure. While in a school or university a language course will always be very well planned out with clear objectives, solo learners can find themselves drifting between areas of interest. The problem with this is that a learner can be quickly demoralized due to the fact that they don’t feel like they’re making consistent progress with their Chinese.

Solution: Use HSK character/word lists in order to give your learning clear direction.

A relatively easy fix for this problem is using the HSK word lists as objectives to work towards. Each level of the Hanyu Shuiping Kaoshi (HSK)—the preeminent Chinese examination—has an associated vocab list comprised of hundreds of characters and words. A learner should work out what level they’re currently working at and then aim, over the course of their self-study, to learn the necessary material to pass the HSK test for the next level.

​3. Speaking at a natural pace

Problem: Without conversational practice, a solo learner’s speaking can be too slow.

While it’s possible for a learner to practice speaking on their own (and by all means they should), this isn’t at all comparable to the stresses of speaking in a real-world conversation.

In these situations, a learner will have to be able to recall words and form sentences at a fast rate in order to keep up with the conversations and maintain an air of fluency. Without this kind of practice a solo learner may, when thrown into a real-world situation, only be able to speak at a slow and tedious speed.

Solution: Pressure yourself to be able to recall words and form sentences on the go.

One solution to this problem is to improve the speed at which you can recall words and form sentences while practicing on your own. To do this, a learner should focus on instantaneous recall of words and characters.

An easy method to do this is to look at a Chinese word and guess the meaning within a very small amount of time (1-2 seconds), and if this can’t be done, move on to the next word. This process can be repeated on a list of words until they can all be recalled lightning fast, making them much more ready to be used in fast-moving conversations.

Problem: With no formal exams, a solo learner can easily lose focus in their Chinese study.

Another problem related to the lack of structure that solo learning often suffers is that a learner can easily lose focus and motivation.

Without exams or other forms of assessment, it’s sometimes very difficult for solo learners to force themselves to spend a significant amount of time per day or week learning Chinese. As such, solo learning can be slowed down by an insufficient or irregular study schedule.

Solution: Create study plans for each week, with clearly defined goals to be achieved.

Like many problems relating to work-focus, this one can be solved through improved organization. Each week, a learner should plan out exactly how much time they’ll spend on a series of topics and define clear goals that they want to achieve within this time period.

An example of such a plan can be found below:

Daily Plan (with Sunday as an intentional rest)

Monday: Write out each of the new characters twice, and then add them to flashcard software. Finish study with 1 hour of Chinese radio.

Wednesday: Focus on grammar. Learn some new grammar rules outlined in the goals.

Friday: Listen to another hour of Chinese radio.

Saturday: Test yourself of your recall of the new characters and rules.

Problem: Leaning on your own can cause your Chinese to be impractical and too theoretical.

A final problem which is unique to self-taught Chinese students is caused by their separation from real-world Chinese language.

Like many other languages, the way Chinese is spoken “in the wild” is somewhat different from the way in which it’s formally taught. Without exposure to a more natural version of Chinese (such as that spoken by a teacher) this knowledge will be lacking in a solo learning experience.

Solution: Totally immerse yourself in Chinese language media to learn a more real-world flavor of Chinese.

Luckily, this problem is easily overcome by the Internet.

There now exists an almost limitless supply of Chinese multimedia content available online, be it TV shows, music, radio programs or movies. By listening to a large amount of this kind of content on a weekly basis, a learner can truly immerse his or herself in a more realistic version of Chinese, and their pronunciation, sentence structure and overall fluency will all massively improve.

Be a solo learning master!

With all of these common problems addressed, there’s really nothing stopping you from making the most of the huge amount of variation and unique study options opened up by learning Chinese on your own.