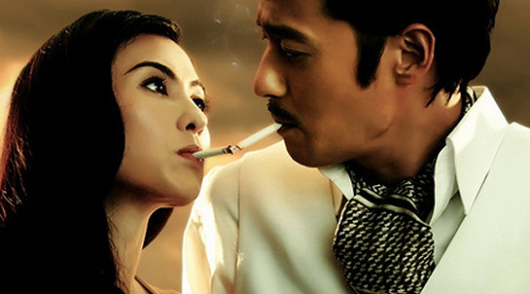 There’s something for everyone to love about Chinese films.

Want to see how the human body can be used as a beautiful but deadly weapon?

Even if I wasn’t passionate about Mandarin, I’d still be watching Chinese films.

That being said, how you watch Chinese films can make it not only an entertaining experience but an educational one as well.

Since watching movies can be rather passive, the key is to make the experience as active and engaging as possible.

Before we get into the movie recommendations, let me give you some advice on how to best learn and improve your Mandarin with Chinese films.

Pro Tips for Learning Mandarin with Chinese Movies on Netflix

You probably already have some idea of the themes and genres that pique your interests naturally. But do you know which video content will help you learn Chinese?

It can be tricky! You’ll need to take your personal interests, learning style and Chinese skill level into consideration.

A good first step would be to use FluentU.

The best part is that FluentU always keeps track of your learning, then suggests content and examples based on what you've already learned. In other words, you get a 100% personalized experience.

It’s a great way to figure out what kinds of Chinese language videos help you learn best! Say “goodbye” to spending hours sifting through movie trailers on YouTube, and say “hello” to focusing on actually teaching yourself Mandarin.

This is really important.

The key to language acquisition is high frequency, so you’ll want to avoid that dry, esoteric film you needed to watch for class and focus on a movie that’s relatively upbeat and fun. After all, if you want to squeeze all the Chinese you can out of a movie, you’ll need to watch it A LOT.

If you haven’t seen the movie before, watch it once or twice through with subtitles so that you can understand the plot.

Once you feel like you’ve got the story down, you can remove the subtitles and focus on listening to the movie instead of reading it.

Some people like to break the whole movie up into several chunks and start from the beginning.

Instead, I like to pick my favorite scenes and start from there. This way I can focus on scenes that have a lot of visually interesting things happening in them in order to help my brain create image associations with the new vocabulary.

Once you turn off the subtitles, you’re bound to come across several vocabulary words you don’t recognize. Jot them down on a notepad and look them up afterwards. Then, go back to the scene and watch it again.

And then? Watch it again and again and again. Keep watching until you feel you’ve got a comfortable comprehension of what’s going on without subtitles.

Pick a character and memorize their lines for that scene. Pause the scene and repeat after them, trying your best to mimic the cadence of their voice.

This is where films are particularly useful. They force you to hear different voices and interact with them, versus hearing the same audio voice in each installment of a language podcast series or long-running Chinese language television show.

Get to the point where you can quote chunks of dialogue by heart. This way, you’ll actually learn the vocabulary. Since movies are rife with Chinese slang, you’ll be able to toss them into conversation and impress your Chinese friends.

So, now you have several tips on how to make the most of your Chinese film experience. But how will you know which films are worth watching over and over again?

Lucky for you, I’ve compiled my Netflix favorites for students of Mandarin.

You’ll notice that my list doesn’t have a ton of Imperial China films on it. Those tend to be littered with classical idioms which aren’t very conversational and present in modern day life.

Instead, I focused on movies that have more casual dialogues and are relatively upbeat since you’ll be watching them a bunch.

This was surprisingly difficult! A lot of Chinese movies tend to be really sad.

That being said, while I can’t guarantee fairytale endings all around, here are the Chinese movies currently on Netflix that I’ve really enjoyed: A haunting love story that transcends time, this movie not only punches you in the feels but it’s also a great film for practicing Chinese.

Not to mention, the very chic and popular Jay Chou（周杰伦）plays the main protagonist, a young piano student who falls in love with a mysterious girl.

The Mandarin is succinct and the vocabulary is easy to pull apart. And if you’re into classical music, the soundtrack to this film is pretty impressive. It’s cute, playful and funny too. I highly recommend this one.

(On a random note, there’s actually some English in this movie, although I can’t really tell…you…why.) Fans of “House of Cards” who enjoy plain evil deception and tales of treachery will love this movie.

Taking place in 1940’s Shanghai, this film chronicles a wager made between a man and a woman that thrill themselves on creating the kind of drama and danger that could ruin lives.

The cinematography is decadent and vibrant creating picturesque scenes of glamorous Shanghai amidst a budding communist movement. Think “Great Gatsby” meets “Cruel Intentions,” but Chinese. This movie gets two thumbs up from me.

Check out this one’s trailer here! It’s no longer available for online streaming, so you’ll need to have the Netflix DVD plan to watch it. Also set in 1940’s Shanghai, this movie takes you through the rise and fall of one of Shanghai’s biggest kingpins. If you’re a fan of mob/gangster films, then you’ll probably like this one.

I personally love the underground crime world and, as a huge “Breaking Bad” fan, this held a special appeal for me. That being said, it can be a little over the top with the cheesiness at times.

You still can’t go wrong with an epic knife vs. bamboo battle scene. This movie gets one thumbs up from me. First of all, this movie is absolutely gorgeous. The combination of artistic cinematography with breathtaking backdrops, resplendent costumes and excellent special effects makes it easy for you to get lost in a supernatural world of demons and princesses.

One demon in particular, a fox demon, must consume the hearts of men in order to stay young and can only become human if a man willingly gives his heart to her. She crosses paths with a princess whose kingdom is crumbling around her and covets the heart of a man who once protected her.

Problem is, this fox demon wants the same heart. If you want lavish image associations to enhance your language learning experience, this movie will make it easy. Seriously, just check out the trailer. It’s pretty epic. I give it two thumbs up. There’s something about Chinese comedy that is very endearing and old fashioned. This film is no exception.

A businessman, on the hunt for a certain shareholder who’s willing to invest in his newest technology, “Super Gas,” finds himself racing to Thailand to beat out his competitor. On the way, he meets BaoBao, a quirky but lovable character who manages to get them into all sorts of mishaps but also helps the protagonist learn some life lessons on the way.

This movie is like “The Hangover” meets “Three Stooges” in all its slapstick glory. Far more lighthearted than some of the other movies, this might be a good option for your language learning movie pick. Best Parts: the random Chinglish spoken throughout and the awesome bloopers at the end had me laughing out loud. I give this movie one thumbs up.

Take the trailer for a spin by clicking here. A tale of a magician who wants to save his lover from a general’s grasp, this movie gets my vote based on the awesome fire tricks alone.

The protagonist oozes cool, busting out gems and doves around all the ladies making him the life of every party. Other perks of the movie? Badass tanks, great choreography and a scene with quite possibly the fastest Chinese ever spoken.

No, seriously, about an hour and six minutes in — check it out. It’s pretty amazing. This movie has slightly more advanced vocabulary than the other films on this list, but still a great option. I give this movie two thumbs up.

Check out the trailer here! If I had to pick a favorite out of my favorites, this would be my top pick. And, no, it’s not just because technically it’s a romantic comedy and I happen to be female. It really is so much more than that.

The story centers around a married man with a six year old son, who suddenly finds himself questioning his sexuality and having a bit of a “gay” reawakening. Inside he’s tormented because he finds himself having feelings for a male flight attendant that he meets while managing his eyeglass shop, but at the same time he still loves his family dearly.

I have to say, I was shocked to see Chinese cinema tackle this subject, but I’m so glad they did. Not only is the movie provocative, but it’s beautifully done. It’s very whimsical with surreal and imaginative interpretations of the protagonists’ thoughts and feelings. Think “Secret Life of Walter Mitty” and “Birdman.”

The acting is genuine and relatable and the comedy is fresh and natural.

As for language opportunities, the dialogue is simple —a perfect film to dissect for all sorts of delicious colloquialisms. This movie has some bite, but the social commentary is excellent and I hope to see Chinese cinema put more movies out there like this. I give this movie two thumbs up, plus two big toes. (Yes! It’s that good! Watch it now!)

So, go ahead and watch the trailer here!

Also, there’s a really awesome Karaoke scene in the movie that I hunted down just in case you wanted to find it later: click here.

While watching movies should never totally replace other forms of language acquisition like grammar lessons or practicing with friends, it’s definitely a fun and useful supplementary method to polishing your spoken Mandarin.

That being said, it’s probably best to start integrating films into your repertoire once your vocabulary has reached an intermediate level. But, hey, nobody’s saying you can’t go ahead and start enjoying these films while you learn the basics!