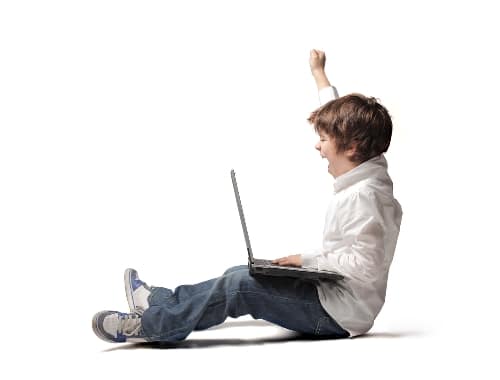 Rockin’ the Keyboard: How to Successfully Write Chinese Characters Online

Like, what the heck do people do when they want to write Chinese on a computer?

I mean, you’re well on your way to learning excellent Chinese.

You’ve learned how to read and write some essential characters.

But just the idea of typing out Chinese — it doesn’t seem like there could be an intuitive way of doing that.

Although it’s possible to use a touch screen to scrawl out Chinese characters, it’s not the most efficient way.

Instead, as we’ll see here, Chinese speakers have devised a variety of creative ways to type in Chinese using the same keys that are found on English language keyboards.

Why add this extra challenge?

Why You’ve Gotta Learn to Type in Mandarin Chinese

Learning how to type in Chinese actually opens up a wide variety of new language learning tools to you.

Perhaps you want to do something simple like look up a new word in a dictionary. You might have learned how to do this using radicals and stroke count in your Chinese class, but online dictionaries have other options that simplify this process considerably.

Or maybe you want to do a web search in Chinese, and you’ve realized that things are simpler when you can search for something by its Chinese name instead of guessing at the most likely English translation or transliteration. For example, you might want to find a video of your favorite Chinese song, or maybe you want to watch a Chinese movie or TV show online to practice your Chinese.

By searching in Chinese, you can eliminate a lot of results that have the same English spelling from your search. If, let’s say, you’re researching your family’s history, you want to be sure that you’re getting results about the correct family. If you belong to the 陆 (Lù) family, you don’t want to have to sort out all the members of the 卢 (Lú) family from your results. Rather, you would like to see results from the Lu, the Luk, the Lok and the Liuk families, since those names are all ways of adapting the same family name—陆 (Lù)—into English. It’s much simpler if you start your search with Chinese characters.

If you’re traveling to China, you may also find that these precise search results are important. For example, when booking a hotel, you want to be confident that you’re choosing one in Dali, the popular tourist destination in Yunnan province (大理, Dàlǐ), and not in Dali, the county in Shaanxi province (大荔, Dàlì). Nor in Dali, the suburb of Foshan (大沥, Dàlì) or in either of the Dalis that are towns in Guangxi province (大里, Dàlǐ or 大黎, Dàlí)!

Checking for the right characters when you start your search will help considerably in eliminating results that are unhelpful (and potentially disastrous for your vacation plans) from the list.

Maybe you’re living in China and you’ve just heard that imported German milk is much cheaper on Taobao, but when you go to Taobao and type in “milk” in English, all the results are for clothing. You know your Chinese friend would be willing to help you out, but you’d really rather be able to search Taobao on your own. Knowing how to type in Chinese will start you down the road to Taobao independence.

If you’re a more advanced learner, on the other hand, you might want to try your hand at Chinese social media. You can connect with your Chinese friends and set up a microblog on Weibo (incidentally, that’s 微博 and not the sound-alike 围脖) or post pictures and play social games on Kaixin Wang.

How to Write Chinese Characters Online: A Quick Guide

If you find yourself in any of these situations you’ll need to get Chinese into your web browser somehow, so we’ll show you how!

If you want to do a simple internet search in Chinese, the good news is that you may not have to use any special tools at all. The search engine Baidu will try to autocomplete your pinyin input with a list of phrases in Chinese characters. If you’re lucky, the one you want will be among them.

Likewise, you can resolve your problems with finding milk on Taobao by typing niunai into the search bar at the top of the page and choosing 牛奶 from the drop-down menu. Hit enter and a myriad of choices appear. (Oldenburger milk for only 17 kuai per liter? Bargain!)

If you don’t get the results you want this way, don’t panic. We’ll give you a wealth of other options to try below.

Before you get serious about typing in Chinese, you’ll need to make a few decisions. The first is this: do you want to type traditional Chinese characters or simplified ones? Chances are good that you already know the answer to this question, but if you aren’t sure, here’s some information that might help you decide.

Simplified characters are used in Mainland China, as well as in Chinese communities in Singapore and Malaysia. Traditional characters are used in Taiwan, Hong Kong, Macau and in many overseas Chinese communities. However, if you’re thinking of taking up calligraphy as a hobby, or if you’re very interested in character etymology and your language learning goals don’t include any particular geographical location, you also might want to consider using traditional characters.

So, once you’ve decided what type of characters you want to appear on your computer screen, the next step, of course, is to start typing.

Type using pinyin (or zhuyin) or write Chinese characters with a mouse?

While the ability to use your mouse or touch screen to type in Chinese might sound ideal, the reality is that this can be too slow to be practical. Not to mention, simple errors in stroke order, shape or proportion may throw off your results. (It’s harder than you might imagine to write neatly using a mouse!)

However, if you’re trying to look up a word in a dictionary and don’t know how to say it, this method can be a life saver. Chances are good that you’ll never find yourself sorting by radicals and counting strokes again. Most popular online dictionaries have this functionality built in.

For more than a character here and there, however, most Chinese learners—especially in the early stages—will find that pinyin input methods are the easiest and most intuitive way to type in Chinese.

How to type in Chinese using pinyin

The basics of pinyin input systems are basically the same across websites. Pinyin input on your computer works this way as well. You simply choose pinyin as your input method, type in a word in pinyin and then choose the correct character from the drop-down list. Typing wo 1 shi 1 meiguo 1 ren 1 is likely to result in 我是美国人 (wǒ shì měiguó rén – I am American) using any pinyin input method.

Why do you get that result and not an essentially meaningless string of characters like 卧室没过仁 (wòshì méiguò rén)? By default, more frequently-used characters show up near the top of the list. Some multi-character words are usually included. Some pinyin input methods also offer predictive text or reorder the list of characters you can choose from to put the ones you’ve already chosen near the top.

A few things to know about pinyin input methods:

If all you want to do is type in simplified characters, and you’re fairly confident of your ability to choose the correct character from a list, Chinese-Tools.com offers a quick and easy way to do that.

This is a strictly no-frills option, but you can type quickly and copy and paste the results to wherever you need them. They also have a mouse input method option, but you need to have Java installed on your computer in order to use it. Incidentally, if you want to have pinyin with tone marks show up on your screen, Chinese-Tools.com also offers a tool to do that here.

If you only need to type a few characters, or if you want more options or help along the way, you may find one of the following websites more useful.

MDBG is a popular online dictionary, but it also has several tools available for typing in Chinese. You can choose pinyin input for either simplified or traditional characters. The list of character choices includes some predictive options, and pinyin is given below each character in the list. The way in which MDBG really excels, though, is how it helps users who aren’t yet confident in their character recognition skills. These folks can use the “for students” version of MDBG’s input tool, which allows you to see a brief English definition below each character. MDBG also has a mouse input option requiring Java.

If you’re baffled by all this pinyin business because you learned your Mandarin from a Taiwanese teacher, don’t despair. There are also tools available to type using zhuyin. One that includes a convenient visual keyboard is here, but once you have the layout memorized, you can also choose this as an input option at other sites, including Google Translate.

Google Translate isn’t actually designed to be a system for Chinese typing, but it deserves mention here for its user friendliness. It has a wide range of input options with a sleek user interface that doesn’t require you to go searching through side bars looking for the right tool. Instead, you just choose the input method you want to use from a drop-down menu in the text input box.

Choices include pinyin input for traditional or simplified characters, or zhuyin input for traditional characters. Google Translate also includes an integrated handwriting option that works with either touch screen or mouse input, and it even has voice recognition input available. As long as you don’t find the side-by-side machine translation of your text too distracting, this might be the way to go.

Curious about those other input options in the menu? Not all Chinese computer users rely on sound-based input. Several systems exist for typing based on character components, including Wubi (for simplified characters) and Cangjie (for traditional characters). Some more advanced learners enjoy using these systems because it forces them to think more carefully about the characters they’re typing, but beginners are likely to find them very frustrating.

How to Set Up Your Computer to Type in Chinese

Of course, convenient as some of these online tools are, if you’re using your own computer (or tablet or smart phone) and you think you’ll want to type in Chinese on a regular basis, the easiest thing to do is to set your device up for Chinese input.

Space won’t allow us to cover all the possible variations on computer systems here, but Pinyin Joe has instructions for Windows XP (as well as many older versions of Windows), Ubuntu, Android and Chrome. He’s also got a wealth of information on fonts and input systems. Yale’s East Asian languages department provides thorough instructions for Mac OS, iPhones and iPods. While this process can seem intimidating at first, once you’ve got things up and running, you’ll find that the effort was well worth your time. And these guides will save you from frustration along the way!

So, enough reading. Go on. Get started. The Chinese internet is at your fingertips!