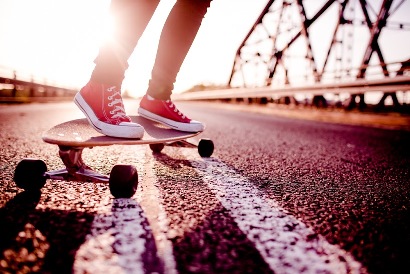 These slang words, sourced from everyday language in real life, are rarely—if ever—taught in a classroom.

Plus, they are constantly being created, transformed and replaced by newer, fresher generations of slang words.

Many of the latest American slang words have actually found their way into Mandarin Chinese, being adopted into the latest vernacular by teens, young professionals, netizens and trendsetters.

Below, you can find some of the most popular examples of adopted English slang in Mandarin Chinese. Feel free to practice using them, and have fun!

The literal translation of this popular American slang in Chinese is “too great!” Used to express feelings of excitement or amazement, the phrase can be used to describe a person or an event.

Similar to how “bae” is a colloquial shortened form of “babe” or “baby,” 亲(qīn) is an abbreviated form of the Chinese term of endearment “亲爱的 (qīn ài de),” which literally means “dear” or “dearest.” The term is most often used as a greeting at the beginning of internet messages in order to create a warm and affectionate tone.

这是Mary，高中时就认识的哥们。”
“Zhè shì Mary, gāozhòng shí jiù rènshi de gē men.”
(This is Mary, a bro I knew from back in high school.)

Do you know a guy or gal who gets up at 5 a.m., runs six miles a day, eats buckets of kale, does Pilates/Cross-fit/aerobic rope swinging, takes all the right vitamins and is in bed by 11 p.m.?

That would be the prime example of a 养生狂 (yǎng shēng kuáng). The literal translation of the term is “crazy about health.”

The Chinese counterpart to the American “not my cup of tea” literally translates to “not my dish.” The term can be used to explain why you might not click romantically with a certain person, or to politely decline something you are not interested in.

炫 (xuàn) is the Chinese verb for to show off. What do people typically show off? The usual contenders are cars, money and even luxury handbags. With the growth of social media tools such as Instagram, Twitter or Weibo, it’s easier than ever to 炫 (xuàn) just about anything. Be careful though, a noun should always be used with the word 炫 (xuàn)—see the examples below!

Used in the same way as the American “speak of the devil,” the Chinese version refers to a historical Chinese general, 曹操 (cáo cāo), whose large network of spies ensured his prompt political action. As it is slightly derogatory in nature, “说曹操曹操到 (Shuō cáo cāo cáo cāo dào)” is usually used when discussing someone else in secret, or in a joking manner between friends.

Usually used as a call to action, this combo English-Chinese phrase calls for people to get the party going to the next level.

Use to express feelings of excitement or shock, 哇(Wà) can be used anywhere you can use the English “Wow!” For extra fun, try saying 哇 (Wà) with an exaggerated facial expression, just like just native speakers would do!

Used to describe the Starbucks-loving, fashion magazine reading, highly educated middle class young professionals in major Chinese urban cities living an affluent lifestyle, 雅皮士 (yǎ pí shì) doesn’t carry the same slightly derogatory meaning as it does in English. People will even refer to themselves as a 雅皮士(yǎ pí shì). To use yuppie as an adjective, we can use 雅皮 (yǎ pí) or 雅痞 (yǎ pǐ).

So there you have it—these are a few American slang phrases and their Mandarin Chinese counterparts. Try practicing them with your friends!

Always keep in mind that slang is mainly used around people you are familiar with. You wouldn’t want to greet your college professor with “亲!” or call your boss a “哥们!”

If you’d like to hear these awesome slang words (and many more) in real conversations, then FluentU is about to become your new favorite learning tool! FluentU has hundreds of authentic Chinese videos for you to watch and use as personalized language lessons. FluentU takes real-world videos—like music videos, movie trailers, news and inspiring talks—and includes with every word an in-context definition, image and multiple example sentences.

So check FluentU out today, and start learning real-world applications of the latest slang words!

How to Watch Chinese TV Online for Fast and Free Learning
How to Study Chinese: The Fully Charged Beginner’s Guide