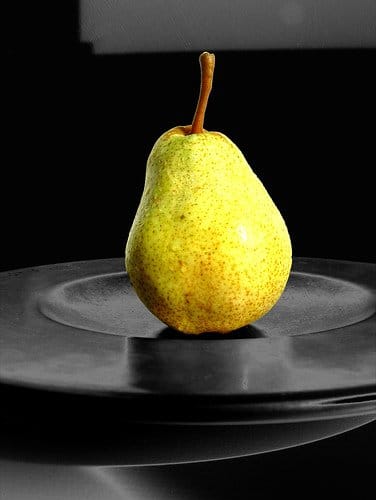 Who Knew That Chinese Fruits Were Under So Much Pressure

鸭梨(yā lí): The original and literal meaning of the word is a kind of pear grown in the Hebei Province of Northeastern China.

The word has become Chinese slang for “stress” or “pressure.” This is because the Chinese word for stress (alternately burden or pressure), 压力 (yā lì) is very similar in pronunciation, albeit with a falling tone rather than a rising tone on the final syllable.

The word started being used in this way due to a typo on the Baidu Post Bar blog. When the Chinese typist mistyped what was intended to mean “pressure” as “pear,” many people recognized the subtle wit and began using 鸭梨 to refer to mental stress or pressure.

Who Knew That Chinese Fruits Were Under So Much Pressure

The phrase initially spread over the Internet, but has become a common spoken expression as well.

While the word still literally means “pear,” it is used figuratively to express a mental stress, burden.

The expression 鸭梨(yā lí) can be used to express any situation which causes stress or pressure, especially unnecessary stress.

The use of a fruit to represent stress is used further to minimize the stress, with the idea that as a pear can be eaten, stress can be overcome as well.

Let’s take a look at some examples found in the wild!

Child, do you have pressure?

After graduating, do you have a lot of pressure?

So much pressure! Is getting married out of love or necessity?!