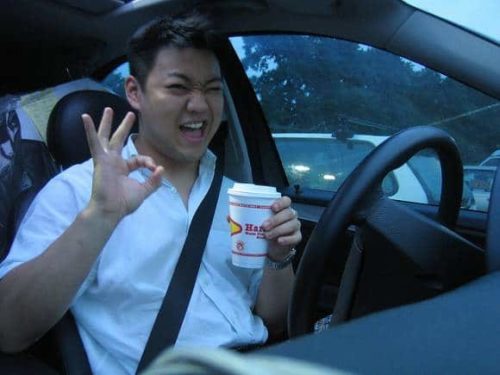 That nod of approval, the a-okay hand signal .. all these signs that’ll mean the green light.
Whether it’s getting the okay on building a new project you’ve presented to the boss or that new approval on your credit card application, I don’t think it’s as interesting and rather funny as how this phrase can be in Chinese.

Breakdown of the Phrase

Literally, this Chinese slang phrase would be translated as “I see okay” or “I see all right.” This phrase is commonly used now in response to a question or situation that needs your input or opinion.

Where “I see no problem” Came From

All thanks to a movie  released in late 2007 that extended the new year’s greetings and cheer of 2008, 命运呼叫转移 made “I think it’s okay” the popular slang phrase it is today.

The reason this phrase became so popular was because of how it was said in the movie.

You may have already come up on this phrase if you’re using FluentU.

One scene of the movie takes place in the countryside where actor Ge plays the role of a migrant worker. One night, an infertile villager timidly asks Ge if he should “try again” tonight.

The delivery of Ge’s response resulted in an explosion of laughter from the audience. He replied in such a serious manner saying, “我看行 － I think it’s okay.”

Along with the movie, this phrase also became popular from China Mobile’s commercials!

Let’s take a look at some examples used in the wild!

The focus is on the spring festival “immigration” for 30 years, railways, I see no problem!

Wasting is a crime, I see no problem!

Hold住 – What Disney & Spielberg Did To Be Successful
Lessons in Learning Chinese: Brad Calder