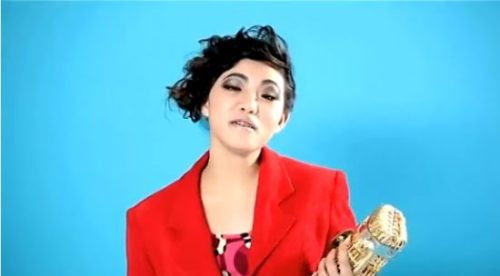 Hold住 – What Disney & Spielberg Did To Be Successful

Not many get to where they are without hard work, perseverance and determination. Before Walt Disney became a internationally loved entertainment company, he was fired by a newspaper editor because, “he lacked imagination and had no good ideas.” Before Steven Spielberg became a renowned director, he was rejected from the University of Southern California School of Theater, Film and Television three times. There are many examples of ordinary people that got to be very successful despite some setbacks because they “hold住”!

It means for someone who’s facing a situation to persevere, keep at it, push through, to be full of self confidence What’s kind of interesting and different about this Chinese slang phrase is that it is a mix of English and Chinese! No, you didn’t read wrong.  It can be used in multiple, different ways and is used quite often.
要hold住” – has a kind of encouraging tone, something you’d say to cheer someone on (like 加油)

You’re a quarter of a mile from finishing a 5 mile race? You’d say “要hold住” to pep talk yourself into finishing, into holding on.

Your horrible boss nags you every day about things that aren’t part of your job description, makes you stay late and says you don’t deserve a raise? You’d feel like you’d “hold不住” and want another job, that you can’t put up with it any more.

Where It Came From

Hold住 all started when Miss Lin (also known as Xie Yi Lin – 谢依霖) talked on a variety show called “大学生了没.” Dressed up in costume, she spoke a mix of Chinese and English on this show with such humor and swag that it got over 101 million views on Youtube in just 11 days! From that moment on, she became known as “Hold姐”

You might’ve heard or saw this expression on FluentU as well.

Let’s take a look at some examples in the wild.   Example 1:

“Sending gifts on Valentine’s Day is very important, everyone must persevere“

“Pushing through the last part of the 2012 Kaoyan, passing smoothly”

“Did you keep your real name on Weibo?”