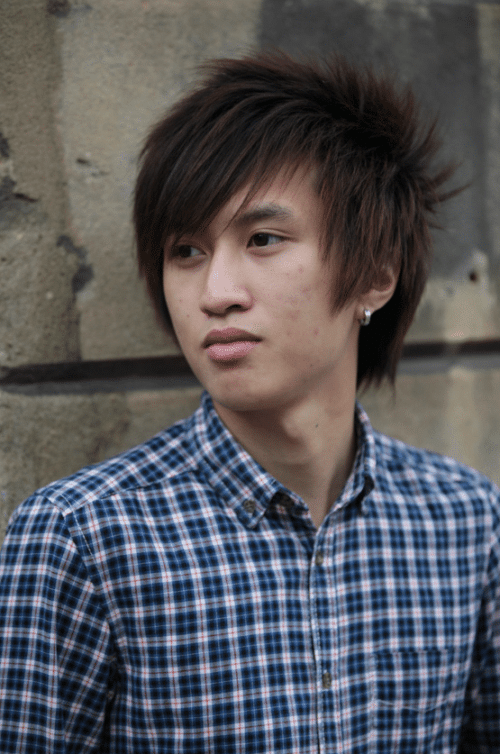 This week we feature Jeff Lau on our Lessons in Learning Chinese series. He’s got a lot of motivation and a great philosophy when it comes to learning this language. Check it out in his own words:

I’m Jeff. I’m a British born Chinese living and working in London. I’m a designer, developer and a passionate learner. I’ve been learning Mandarin for over 4 months now and I’m addicted to faster and more efficient learning. I have a website and you can check out my blog and twitter!

I started studying Chinese about 4 months ago as a “false beginner.” Previously, I did go to Chinese school for once every Saturday for about 3 years, but none of it ever really sank in and by the time I started again, I had pretty much forgotten everything except pinyin. The original reason I started learning Chinese was because of my Chinese ethnicity. It’s always been a sore spot for me when I talk to other Chinese people and their faces drop when I tell them I can’t speak Mandarin or Cantonese. However, I’ve been going pretty solidly for the last 4 months, and it’s definitely because I just enjoy learning it.

Something I have adopted from Benny from Fluent in 3 Months was speak from day 1, don’t be afraid to make mistakes, just keep practising your 口语. After I worked my vocabulary up to several hundred words in a month or so and started doing a lot of Skype conversations with strangers.

I’ve realised that your language level can largely be broken down into two groups: knowledge and fluency. Knowledge is what you ‘know’, which includes both grammar and vocabulary in all aspects of reading, writing and conversation. Fluency is how much of this knowledge you have practised enough that you can recall it at a native speed. So for instance, if I know how to say 你叫什么名字 and 我叫Jeff, but you can’t understand ‘what’s your name’ fast enough to reply ‘I am called…’ naturally like a native would – you’re not fluent in that particularly vocab or grammar. Your knowledge should always be ahead of your fluency (but not too far), as you always need to be practising fluency in something you don’t know or can improve on, not what you already know. Motivation is not something that just appears, it’s something you work hard for and try to find the right methods to keep yourself motivated.

Just using the language socially has been the most fulfilling thing for me. I’m a very social person so when I was in Shanghai I was enjoying making new friends even with my intermediate Chinese such as talking with the taxi driver on the way to my cousin’s house.

Lots of people are very scared to make mistakes. You need to use the language to get better at it; Khatzumoto puts it very eloquently on his website “you don’t learn a language, you get used to it”.

Also get your tones spot on from the beginning (or at least as close as you can). I spend a lot of time listening to natives say things and repeating it out loud to practise my pronunciation and tones. If I don’t think I’ve said it right, I’ll repeat the recording and say it again. I think a lot of people are too lazy to correct their pronunciation and blame it on their first language being a latin language – that’s all rubbish.

不能半途而废 – Can’t give up halfway.

I was at a karaoke bar in Shanghai with a bunch of my friend’s friends and one guy had a problem with people from England, or just maybe foreigners in general. He was trying to force me to drink increasing amounts of alcohol. A lot of it I didn’t understand as the guy was quite drunk and my Mandarin definitely wasn’t at a high enough level, so at one point I just got irritated and said cursed at him. Everybody in the karaoke room, including his friends burst out laughing. Although I thought he took it as a joke, he actually ended up really mad. My friend taught me a better phrase to use in this situation: 不要瞎说好不好？- Stop talking rubbish, okay?

About a month after I started learning Mandarin, I didn’t think I was making great progress so I began trying to talk to people on Skype. It went okay and I’d have maybe a 5 minute conversation about what I do and what they do before having to look up vocabulary. Then one day I just suddenly had a 45 minute conversation of which 99% was in Chinese with a Taiwanese girl. This really pushed me to believe that anything was possible.

At the beginning it was pure willpower that one day I’d have a decent conversation with someone. Now I can converse on a fundamental level, each and every encounter with someone that speaks Chinese is something that pushes me forward every day. Something I aim to do everyday is have at least a conversation with one person in Chinese (and many days I do many more than that!).

湖南烧烤 – Hands down Hunanese barbecue (the ones on the street stalls) is the most delicious thing I’ve ever tasted in China.

If you are thinking about whether you’re ready to talk to others in Chinese, you’re already ready, as you’ll never be fully prepared, you just need to be prepared to make mistakes and learn from them. Now. Don’t hesistate.

Thanks Jeff for all those tips and sharing your story! I totally agree that with how you can never be “fully prepared” for a conversation and that language learners should just go for it.

Lessons in Learning Chinese: Anthony Paglino
Hold住 – What Disney & Spielberg Did To Be Successful