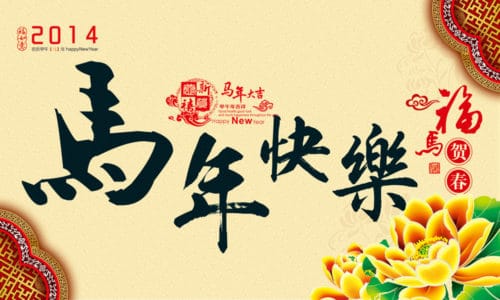 There are all these customs: wearing red, eating dumplings and giving and receiving red envelopes.

Why wear red? Well, it brings good luck and wards off evil. That’s why the envelopes, decorations and signature color of Chinese New Year’s, weddings and other major events are red.

Why eat dumplings? It’s a tradition to eat dumplings because they resemble ancient Chinese currency. It’s lucky since the dumplings represent wealth and a prosperous future.

Why give or get red envelopes? Seems like luck being the reason is the trend. It’s lucky to give money in red envelopes.

So with all these customs, traditions and sayings, I’ve prepared you a Mandarin Chinese vocabulary list for this holiday.

It’s a tradition to eat dumplings during Chinese New Year’s.  Families will often make them from scratch.

I have not eaten dumplings before, I really want to try its taste

During Chinese New Year’s, weddings and birthdays, red envelopes will be given.  Usually parents, grandparents and other elders will give red envelopes to children and those that aren’t married.

It’s almost New Year’s, I’ll give you a red envelope

The Chinese set off firecrackers because they’re suppose to scare away evil spirits. It’s a great and fun way to start off the new year.

When speaking of New Year’s, people will automatically think of setting off firecrackers

Similar to families that will stay up until midnight for Christmas (to open presents) or New Year’s as they celebrate out in Times Square, the Chinese will stay up through the night as well.

In the middle of the night, an elderly man that stayed up late called the police to report a thief

You’ve seen those lions dancing around and blinking their eyes at major parades. These lion dances are a major part of celebrating the New Year.

Check out this music video which has vocabulary words for Chinese New Year!

Often children will say Happy New Year and wish their elders wealth, prosperity and good health in return for a 红包.

At dawn, we should leave to wish others a Happy New Year

A necessary phrase to learn for the occasion.

Wish you a Happy New Year

The Chinese zodiac have 12 different animals that change every year.  This year will be the year of the snake which will bring more steadfast progress.

The Chinese will usually go back to their hometown where the elders (usually grandparents) are living and celebrate with their family there.

You’ve got to know this phrase no matter what end you’re on. If you’re on the receiving end  (getting the red envelope), learn it or you won’t get one. If you’re on the giving end, know it since it’d be embarrassing to not give it.