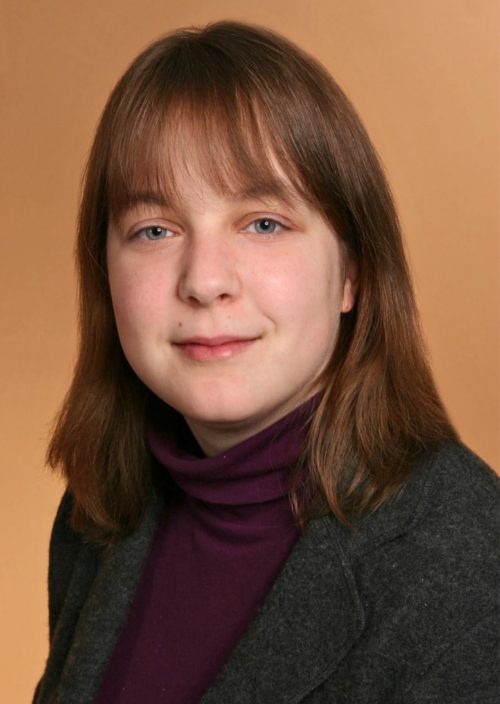 This week we’ve got Judith Meyer who in addition to Chinese .. can speak not 3 or 4 or 5 but EIGHT languages! She’s got her own multilingual blog about language learning and has got a lot of useful tips.

In her own words:

My name is Judith Meyer or 梅玉恬, I’m a 28-year-old German woman from Germany and I speak more than 8 languages. I grew up in a small town near the Dutch border and I now live in Berlin.

I don’t really have a reason or goal in studying Chinese; I’ve just always been fascinated by Chinese characters. When I heard about a federal competition for high school students to start learning Chinese, I started my 7th language . I self studied for half a year, and won a scholarship to study Chinese in an intensive 6-week course at the Beijing Language and Culture University in the summer of 2004! In 2009, I decided to get serious about learning Chinese since during my university I couldn’t study it due to schedule conflicts. That year I learned 2500 new characters and have been self-studying since then with an occasional lesson on Skype. I’m able to have a conversation in Chinese & recently finished reading “闯入美国主流”, the first Chinese book I read without having a bilingual edition or a dictionary on the side.

When I re-started in 2009, I figured that mastering the characters is the most important skill, because it will allow me to learn more words from context. I don’t recommend writing them over and over. Instead, use mnemonics to remember the composition of characters.

Beyond the beginner stage, it is much more useful to watch a Chinese TV series rather than study a textbook – you’ll only spend an hour on the textbook before getting tired of it, while you could comfortably spend an entire evening watching a Chinese TV series. Also, I use Anki to consolidate the new vocabulary I pick up.

Apart from Anki, I think Lang-8.com is a great service to post your texts and have them corrected for free by native speakers.

Once you can handle tourist situations, DON’T cling to textbooks anymore. Textbooks spoon-feed you tiny morsels of language, when you really need heaps upon heaps of it! Consider this: if you read 1 million words of Chinese, there is NO WAY you could still suck at the language. So get going! Keep track of what you’ve learned; it’s very motivating to see a number going up that signifies you’re getting close to speaking awesome Chinese.

By reading “闯入美国主流”, I make half as many mistakes as when I started. I find it easier to think of ways to express things like a Chinese person would, rather than translating from English.

I love it whenever Chinese is more concise than English, for example “机不可失，时不再来” (jī bù kě shī, shí bù zài lái). In English, it’s possible to say “We cannot lose this opportunity, the chance won’t come again.”  In Chinese it sounds way more awesome because of the conciseness.

I was visiting the silk market with a German friend where most of the Chinese salesmen relied on calculators in order to show people the price. We felt safe using German as our secret language and it worked pretty well. Then, in the middle of discussing IN GERMAN how much we should offer to pay for a nice shawl, the saleswoman interrupted us and said “不行” – apparently she had learned enough German!!? (or at least enough to understand the numbers).

“During the 2005 World Games, I volunteered as a language helper. It was just my luck that the climate didn’t agree with one of the Chinese Boule players and she had to see a doctor. I knew my Chinese wasn’t up to par, but since I was responsible for everyone on the Boule field that day, I took her to the emergency doctor and then attempted to interpret for them. Resorting to hands and feet at times, but we managed to get things across; that felt pretty good.

“By looking for materials that match my interests, things that I’m dying to read or watch, and then have them available only in Chinese.

“鱼香肉丝. I actually ate a lot of awesome dishes while in China. I usually just closed my eyes and picked a dish at random. The amazing thing is that I had Chinese food for 6 weeks straight,<em “>picking dishes at random and I always always loved what I ate.

“Start a language-learning diary and note every time that you did something. Memory bias means that you probably think you’ve done a lot more recently than you actually have. If you keep a diary and you review it often, you will notice when you go too long without studying. Then you can also pursue a goal of dedicating X hours a week to Chinese.

Thanks Judith for all those great tips, I especially like the one about keeping a language diary.