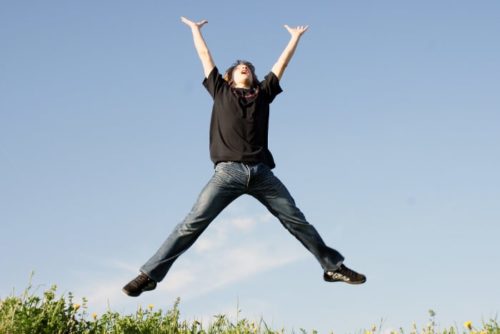 Essential Chengyu: Are you just happy or 兴高采烈？

高兴 (gāoxìng – happy) is a useful word you learned in first year Chinese, but perhaps it’s time that you found synonyms that let you express yourself with more nuance? We have one for you: 兴高采烈 (xìnggāocǎiliè).

The next time you want to describe someone as being more than just happy, you can use 兴高采烈 to put some extra oomph into it. It basically means “elated” or “on top of the world,” but literally means “high excitement due to intense literary talent.” It seems the ancient Chinese really enjoyed reading.

Essential Chengyu: Are you just happy or 兴高采烈？

A breakdown of the characters in 兴高采烈:

Observing 兴高采烈 in the wild shows that it never appears simply as 我很兴高采烈 or 我兴高采烈. Instead, it is used in 3 main ways:

“At the time he said it elatedly…”

“The two tested each other’s skills on the court, and they played joyfully“

“The elated children are on the school grounds”

Questions? Comments? Other chengyu you would like us to cover? Let us know!