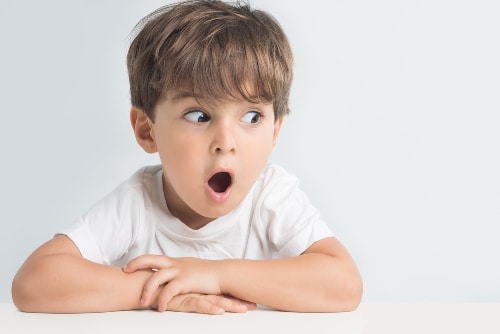 Learning a language is hard work.

No matter how many time-saving tricks and how much language-learning experience you have, learning a language is a commitment.

So you wouldn’t be doing it if you didn’t have a darn good reason.

You probably already know that in the long run, all that time spent poring over books and watching videos is an investment you’ll be glad you made. After all, besides being addictively fun, learning a foreign language opens up new cultures, sharpens your mind and generally just makes you an all-around badass.

But you might not know that over the last couple decades, as researchers have spent more and more time trying to understand language learning’s far-reaching effects on the brain, they have come across several surprising, unexpected benefits associated with being multilingual.

It turns out that learning a language is changing you in ways you probably didn’t imagine. No worries, though—according to the science, these changes are for the better!

Have you noticed a little spring in your step ever since language learning became a part of your life? No, that’s not just your new shoes. Does your smile shine a little brighter ever since you’ve started hitting the foreign language books? Nope, that’s not just the new toothpaste you’re using.

It turns out that being bilingual may make you more relaxed and easier to get along with. A 2010 study found that bilingual children experience less anxiety, low self-esteem, loneliness and sadness. They also tend to get in fewer fights and get angry less frequently. In other words, they’re less stressed out and less of a pain to be around than their monolingual counterparts!

It’s still not totally clear why speaking a second language makes such a dramatic difference, but the researchers who did the study suggest that having the ability to understand and engage with multiple cultures may give bilingual children a broader emotional perspective that helps them stay happier and more balanced.

If it’s true that the increased cultural openness that comes with knowing another language is the key to bilingualism’s emotional benefits, we can expect that adults also stand to become chiller, nicer, happier people from picking up another language. Of course, we won’t know for sure until more research is done on the subject.

But in the meantime, if you want your kids to argue with you less, just sign them up for some language classes!

2. Learning a Language Changes the Way You See Other People

If a duck is adopted by a family of dogs, will the duck quack or bark?

Researchers posed this and several similar questions (e.g. will an English child adopted into an Italian family speak English or Italian?) to a group of 5- and 6-year-olds in hopes of gaining insight into how the children viewed human nature. Children who view human nature as more innate and immutable, for example, are more likely to say that the duck will quack while those who believe people’s characteristics change in response to environment tend to answer that the duck will bark.

The truth, of course, is somewhere in the middle. Ducks probably will never bark (and the dogs might just decide to have the duck for lunch), but adopted English children do become fluent in Italian. And if you think about it, the fact that just being bilingual can change the way children view human nature so dramatically is actually itself a point for team “people are fluid.”

Since this study focused on bilingual children, it’s not clear how these ideas might apply to adults. So as with the study on bilinguals getting in fewer fights, file this one under “probably has some implications for adults although we aren’t sure what yet.” But at the very least, one takeaway might be that the sheer process of learning a new language teaches us about human nature and therefore changes the way we view ourselves and others.

3. Speaking a Second Language Adds a New Dimension to Who You Are

According to a 2008 study, speaking multiple languages is actually a little like having a split personality—but in a good way. It turns out that bilinguals become subtly (or sometimes not-so-subtly) different people depending on which language they happen to be speaking.

For instance, the study found that women who spoke both Spanish and English tended to see themselves as more assertive and appear more extroverted when speaking Spanish as opposed to English.

One possible explanation for why people’s personalities and self-images change across languages has to do with the different cultural associations tied up with languages. Every culture has its own set of expectations of how people will act and express themselves, so it may be that speaking a particular language subconsciously prompts us to view ourselves in terms of the cultural customs we associate that language with.

For language learners, this is more than just an interesting piece of knowledge. It tells us that to get the most out of our language learning, we should shoot for as much cultural immersion as possible, and that learning a language may expand our understanding of who we are by giving us access to cultures that let us see ourselves in different terms.

In one study published in May 2015, researchers tested children’s ability to communicate effectively by taking other people’s perspectives and found that bilingual children—as well as monolingual children who still had significant exposure to other languages—were better communicators and found it easier to understand other people’s intended meaning.

Specifically, bilinguals tend to use more emoticons when communicating online in their second language than monolinguals communicating in the same language do. After all, emoticons are the cyber equivalent of nonverbal communication!

Most likely bilinguals go heavy on the emoticons for the same reason they rely more on nonverbal communication in real life—nonverbal communication helps fill the gap in a language they are less comfortable expressing themselves in. As language learners, we can take solace in the fact that even though it sometimes feels like an uphill battle trying to get our thoughts across in languages we’re not fluent in, this struggle to express ourselves is actually part of what’s healthy about learning a language since it ultimately makes us better verbal and nonverbal communicators.

5. Being Bilingual Changes the Way You See the World

What color is the sky?

If we’re speaking English and it’s a nice summer day, the answer of course is “blue.” But things get a little more complicated if we switch to a different language.

In Japanese, for example, “light blue” and “dark blue” are separate colors with distinct names rather than variations of the same basic color. Although it seems easy to take the basic colors for granted, which colors are considered “basic” actually changes from language to language.

And it’s not just a question of semantics. Words aren’t just labels for things—they actually affect the way we see the world. A 2011 study found that Japanese speakers perceived light blue and dark blue as more separate colors than English speakers. In particular, Japanese monolinguals made the greatest distinction between the two shades of blue, English monolinguals made the least, and English-Japanese bilinguals fell somewhere in the middle depending on how frequently they used each language.

Even more dramatically, people from cultures that don’t have words for blue literally have a difficult time seeing the difference between blue and green. On the other hand, they can easily distinguish between subtly different shades of green that most English speakers have a hard time telling apart.

When you learn a language, you are quite literally learning a new way of seeing the world. While much of the research so far on the mind-bending subject of how language influences perception has focused on colors, which are concrete and relatively easy to study, it’s likely the languages you speak influence your thoughts and perceptions in many other ways as well. So you can add “learning to think and experience reality in new ways” to your list of weird but true reasons to learn another language.

6. Thinking in a Non-native Language Makes You More Rational

But you know what the best way is to get a billion dollars? Learning a language.

Two things we do know for sure though: (1) those foreign language books are worth their weight in gold, and (2) you can add “becoming the next Mark Zuckerberg” to your list of language-learning motivations.

These are three things that your brain really, really likes.

And scientists, who know how to take the fun out of everything, can hook you up to a brain scanner while you’re engaged with one of these things, and they’ll see that a specific part of your brain known as the “ventral striatum” (often colloquially called the “pleasure center” of the brain) is lit up like nothing else.

There are other activities that make the feel-good part of your brain light up. Your brain loves gambling, for instance, which is why so many people get hooked on it against all better judgment.

And if learning new words is fun, learning an entire new language is like having Mr. Wonka’s entire chocolate factory at your disposal. In other words, maybe the best reason to learn a new language is one you might’ve known all along—learning a language is really, really satisfying.

Of course, the author of this article does not endorse the use of illicit substances. Nor does he encourage excessive gambling. But if you really want to let out your inner hedonist, study up some new vocab! Go wild!

21st Century Learning: 4 Smart Strategies to Master a Foreign Language Online
8 Old-school Polyglots to Take After If You Wanna Learn a Language